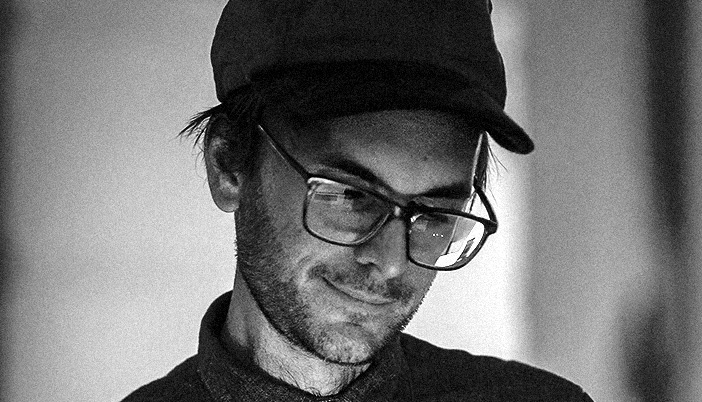 The author of the mix is Ben Vida, an American artist and composer based in New York. Ben has been an active member of the international experimental music community for two decades with a long list of collaborators, bands and releases to his credit. In the mid 90ʼs he co-founded the group Town and Country and has since worked as a solo artist with releases on such conceptual labels as PAN, Alku, Shelter Press and Kranky. He has presented works in a range of museums, galleries and music venues including the MoMA, The MCA, ICA London, Audio Visual Arts, Leap Gallery Berlin, The Artistʼs Institute and the Sydney Opera House. Ben is represented by Lisa Cooley Gallery (NYC).

Ben’s recent activities include performances at LiveArtsWeek at Museo d 'Arte Moderna di Bologna, the Royal Festival Hall as part of the Meltdown Festival in London and the debut of a newly commissioned composition for Unsound presented at Experimental Intermedia in New York. Moreover, his new record “Slipping Control” was released on Shelter Press. In spring 2015 he will stage the next iterations of his video and performance piece, Slipping Control at 356 S. Mission in Los Angeles, The Kitchen, NYC and at the Borderline Festival in Athens, Greece.

“Secret Thirteen Mix 133” is a complex and studious recording, originally titled as “Tracers Mix (Santeria)”. All tracks were produced by Ben Vida. It is where organic sound turns into a pure digital synthesis. Thoughtfully prepared and developed recording is like a new kind of ‘tool’ to stimulate mind and soul, to break away from this rapid, yet bestial life. Ben’s recording is quite similar to Anni Albers abstract works where she was experimenting directly with innovative materials and creating prototypes for industrial production. Explore, experience and get obsessed.

Ben Vida about his recording:

This is the latest version of the tracing pieces I started back in 2004 when making the first Bird Show records for Kranky. Back then I would do a sort of "hand tracing" - I would put a record on and play along with it, usually playing a tambourine or maracas or some small percussion instrument. I'd often pull the track I was tracing out of the final mix leaving only my shaky, traced interpretation of the original rhythm. Now, ten years later, I am tracing again but instead of "hand traced" these new tracks are "digitally traced". Control source for a modular synthesizer is excavated from pre-existing tracks by way of MIDI mapping. The results are just as shaky as before but these days it is a digital shake instead of a human one.