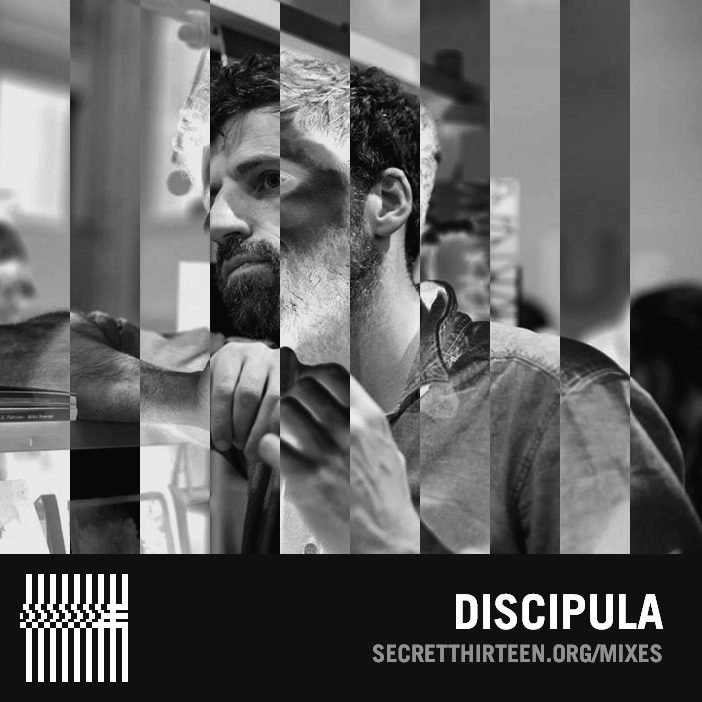 Marco Paltrinieri is a founding member of Contemporary art and visual research platform Discipula. The platform was founded in 2013 by M.F.G. Paltrinieri, Mirko Smerdel and Tommaso Tanini. The primary focus of Discipula is the visual medium, namely, the exploration of mechanisms by which images are produced and used in the age of information. Despite this, music has always played an immensely important role in the lives of both Paltrinieri and his colleagues, who began their collaboration as a post-punk/noise band To The Ansaphone. To quote Marco’s words on Discipula:

“We work mainly with images, both original and found. In a world that is witnessing a mass proliferation of communication technologies, images are increasingly becoming a means of control and power in the hands of governments and economic elites. To address this, our research aims at exploring the mechanisms underlying their production, distribution and consumption as well as their complex and ambiguous nature.”

This mix coincides with the return of sonic elements to Discipula's works. For example, a recent work, "Efficacy Testing Stream", saw them join forces with Italian musician Mace. According to Paltrinieri, he created this sound collage as a coherent piece of research on the relationship between form and abstraction. No less importantly, it is also a celebration of the force of life.

The diverse tracks in this selection form a coherent narrative, a single piece, which stretches across various emotional terrains ranging from the sombre melancholia of Dalhous or Flying Saucer Attack to heavier sounds by Kevin Drumm, Nate Young or Mika Vainio. In some places the selection is soothing while at other times it pierces the brain with noisy outbursts of electroacoustic or musique concrete compositions. It also contains certain cultural references and layers such as Ballard’s speech on the influence of surrealism and psychopathology “as the last resort of imagination”, which is weaved into a meditative and breezy composition, “The Sea of Sand” by Gigi Masin. This forms a nice contrast between the picturesque soundscapes and imaginary surreal spaces, and also serves as a nice summary to the mix. As per his own words “the selection explores the tension between form and abstraction, control and "release" not only in sound, but also from a psychological point of view.” This constant shift between madness and strange calmness is always felt during the 58 minutes of the mix. The inspired hazy wanderings of Dalhous’ Laing stand next to the wild urbanistic tribalism of The Stranger, the neurotic pop of F Ingers and John Cage’s meditations. With its moody twist and surreal intensity the mix resembles the gracious pastel movements of Francis Bott’s painting “Abstraction”.