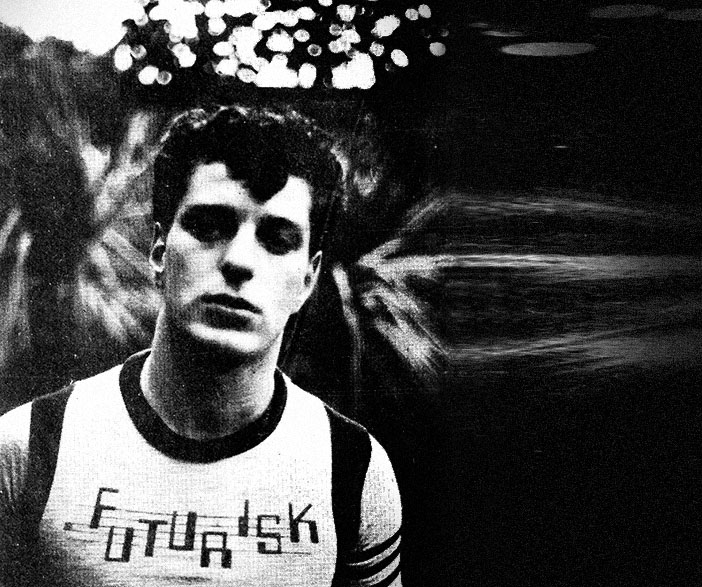 Jeremy Kolosine is an electronic music composer, instrumentalist and vocalist born in Hackney, London. He is the founder of the 80’s cult electro-punk band Futurisk, a member of Shakespace, the man behind the Receptors alias, and a collaborator on the 8-bit Operators project. Jeremy’s creative output has always had this positive futurist spin and punkish playfulness, where unrestricted experimentalism collides with the expressiveness of punk, the elegance of new wave, and futurist romanticism. Employing a stance reminiscent of a mix between Bryan Ferry, David Byrne, and John Foxx, Jeremy’s Futurisk project, which was recently rediscovered by Veronica Vasicka’s Minimal Wave label, merged a cold synthesist approach with emotional human energy. Futurisk’s music was a subtle blend of Devo’s artistry and the emerging US synth aesthetics. The result is a unique, smart, and catchy sound bursting with disco/funk charm, punkish wit, and intelligent synth minimalism. Apart from his before-mentioned Futurisk project, Jeremy is also an enthusiast of experiments with various 8-bit systems, which resulted in him becoming a member of the Receptors and 8-bit Operators projects. The latter presents adventurous 8-bit takes on various notable artists, including Kraftwerk and Depeche Mode.

“Secret Thirteen Mix 145” is a diverse collection, consisting of Futurisk’s exclusive forthcoming and unreleased material, Jeremy’s studio outtakes, and tracks by the artists who influenced Jeremy’s art, including Michael Rother, Robert Wyatt, John Foxx, David Byrne, and Brian Eno. The uptempo positive kraut voyage “Karussell” by Michael Rother starts the selection on a high note, before it gets even more intense with the remastered Futurisk mega-hit “Meteoright”. The mix maintains an elegant dynamic with the avant-balladry of Anja Garbarek, John Foxx’s synth-wave gem “Young Love”, the melodic synth-punk of Martin Rev, and some more harsh and expressive Futurisk music, before diving into the kosmische explorations of Tangerine Dream and David Bowie’s epic “Some Are”. This collection nicely captures Futurisk’s sonic core and provides contextual references for the development of this project, as well as the minimal/synth scene in general. It shares a similar balance to Jeremy’s music, where elegant melodic lines interfere with cold synth passages, and where static analog sound goes together with a human feel and artistic expressiveness. In a way, this mix is like the abstract futurist painting “Abstract Speed + Sound” by Giacomo Balla. It employs a similar intensity, and follows the same pattern in terms of dynamics and monumental statics. It also reflects the mood of the mix, which balances between the scattered intensity of Red and Light Blue.

The end of winter is just the right time to immerse yourself into this timeless sonic journey.