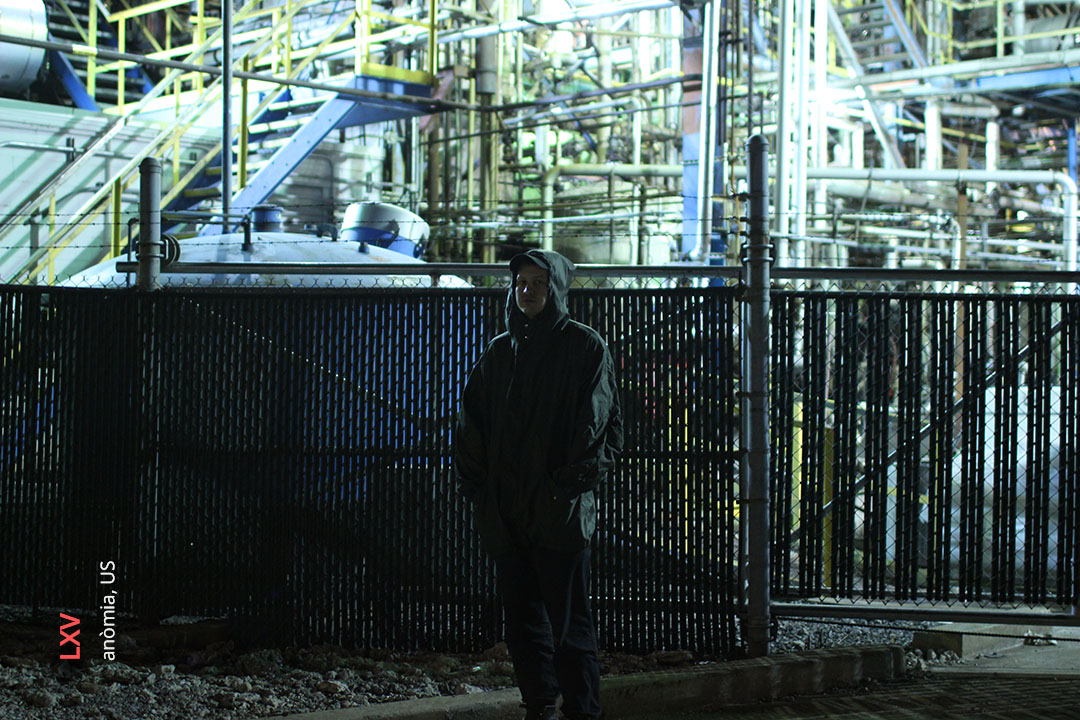 LXV of Anòmia label creates a vivid, multi-layered and emotionally expressive mix that speaks louder than a thousand words.

LXV is one of the multiple monikers hiding David Sutton, a Philadelphia-based artist and producer. Throughout the latter decade, the American sculpted intriguing and inspiring avant-garde electronic music both solo, as Current Amnesia, and within collaborations (Car Commercials and Kara-Lis Coverdale & LXV).

With LXV, Sutton explores organic realms by means of arranging processed voices, sampling media fragments - and so on - to draw immersive and deep landscapes. His work deals with a certain kind of natural organic expressionism, and his tracks talk about esoterics, as well as nearby dystopian realms. His play with the idea of a consciousness that exhibits a particular equilibrium between arcane design and modernity is very human, almost existential. Among his releases two exquisite LPs shine even brighter than the rest - Asylum/Theophany on Soft Abuse and Clear on Anomia introduce a new rhetoric that cannot be grasped fully, but can still be understood instinctively. It proposes an emotional journey to vivid environments within a refreshingly mystical world.

Secret Thirteen Mix 197, titled No Face Render, is a true masterpiece. LXV has built an evocative soundscape with the total length of around 37 minutes. However, in that short time-lapse, impressively, Sutton manages to assemble no less than 20 tracks. This mixtape addresses a myriad of subjects: humankind, nature and technology — the relationship between tradition and modernity, the organic and the synthetic — and the concept of existence and harmony. Within this mix, listeners will find brief creations by such artists as Masashi Hamauzu, Ryuichi Sakamoto, Senking, Ryoji Ikeda and Peter Rehberg, to name a few. In fact, a good number of Japanese forward-looking icons intermingle with (so-called) Western acts, and LXV uses clips made exclusively for this mix to bridge the transition amongst them, and eventually to structure the whole discourse posed therein.

All in all, what listeners will find in this stunning one-of-a-kind offering is a ticket to a fascinating terra incognita. LXV’s mix is a cutting edge sonic trip and an invitation to become part of an emotional artistic canvas, full of contradictory yet balanced tonalities. Ambient, noise, processed field recordings and relaxing compositions contrast with human speeches, industrial sounds and traditional instruments. Masterfully, Sutton manages to turn these 20 pieces into one single meaningful whole. No Face Render is, without a question, a unique artistic manifestation.

*composed for this mix