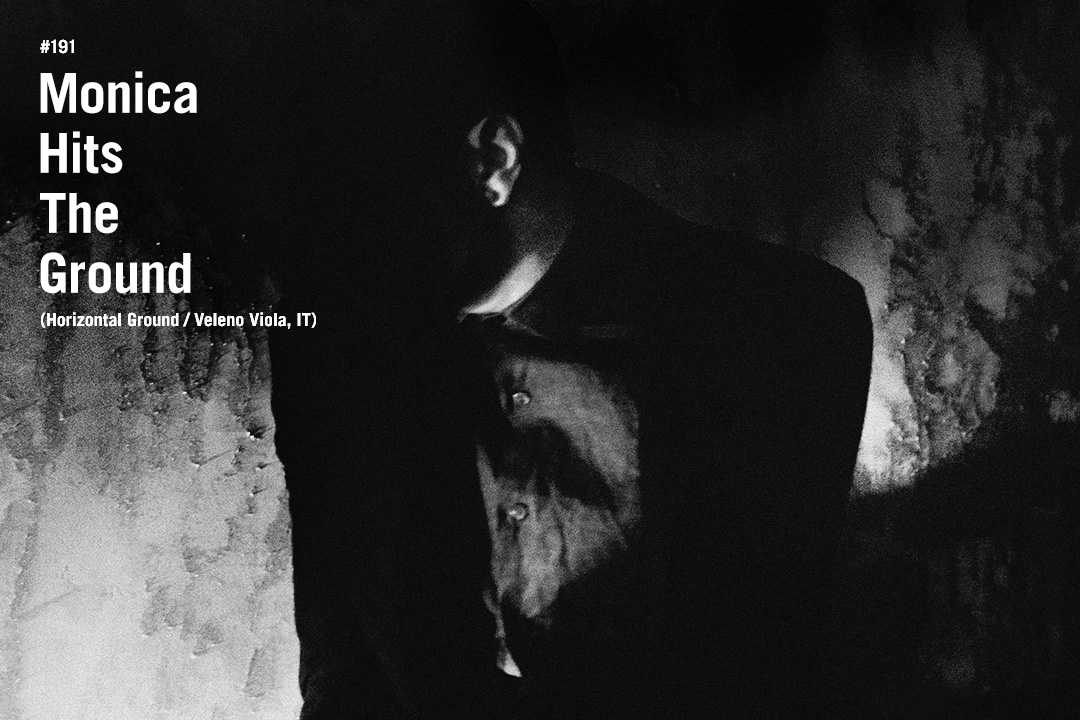 Monica Hits the Ground of the Horizontal Ground label puts together a classy mix based on industrial soundscapes and timeless experimentations.

Monica Hits the Ground is an industrial techno act shrouded in mystery. Little is known about his personal life, besides the fact that he is Italian. The project started in 2013, when Monica’s first EP, “Reduced Life Expectancy”, was released on Horizontal Ground, including a great remix by techno master Regis. Monica returned on the same label in 2014 with “Hail Horrors Hail”, another superb four-track piece. Both offer a raw sonic trip built upon a plethora of industrial techno layers and rhythms. The end product is intense, brutal, frantic, even psychotic. This month, Veleno Viola released his last work to date, “The Backwoods Preacher”, an album that only confirms a simple fact: Monica Hits the Ground is a name that must be remembered by those in love with industrial music. This is a superbly imaginative artist who brings a breath of fresh air into the genre of today.

Secret Thirteen Mix 191 invites listeners to dive into countless shades of bleakness. In order to do so, Monica creates an ocean of melancholic textures, dystopian soundscapes and psychedelic effects. From industrial acts like Laibach, Zoviet France or Club Moral, to the dark ambient of Lull (side-project of Napalm Death’s Mick Harris) or experimentation icons such as The Legendary Pink Dots or This Heat, this mix creates not merely an uneasy space for introspection but, surprisingly, also a space for calmness. Af Ursin’s delicacy fits Ramleh’s dissonance like a glove. Lyke Wake’s “Down in The Dark Dream” is perhaps the track that best defines the artist’s motivation here. Despite the eclectic palette of sounds and genres the mix features, this evocative one hour-long sonic trip is very consistent in terms of mood and stimulates both mind and soul. Just immerse yourself and let the waves take you.

In Monica Hits the Ground words:

"Concerning the idea behind the mix, basically I've tried to imagine it like music for arduous nights, those filled with discouragement, emotional weakness or simply melancholy. To listen in solitude before going to sleep, the moment where those kinds of unpleasant feelings seem to gather. I know this might sound like some sort of depressing thing, but I think it's not. I believe everyone has at least once lived through these certain moments - they are part of our lives. And I believe that when we're in those moments, sometimes we walk a thin line between wanting to be uplifted and sinking. I find that sort of balance really interesting, and I simply tried to trace that thin line using some tunes I love."