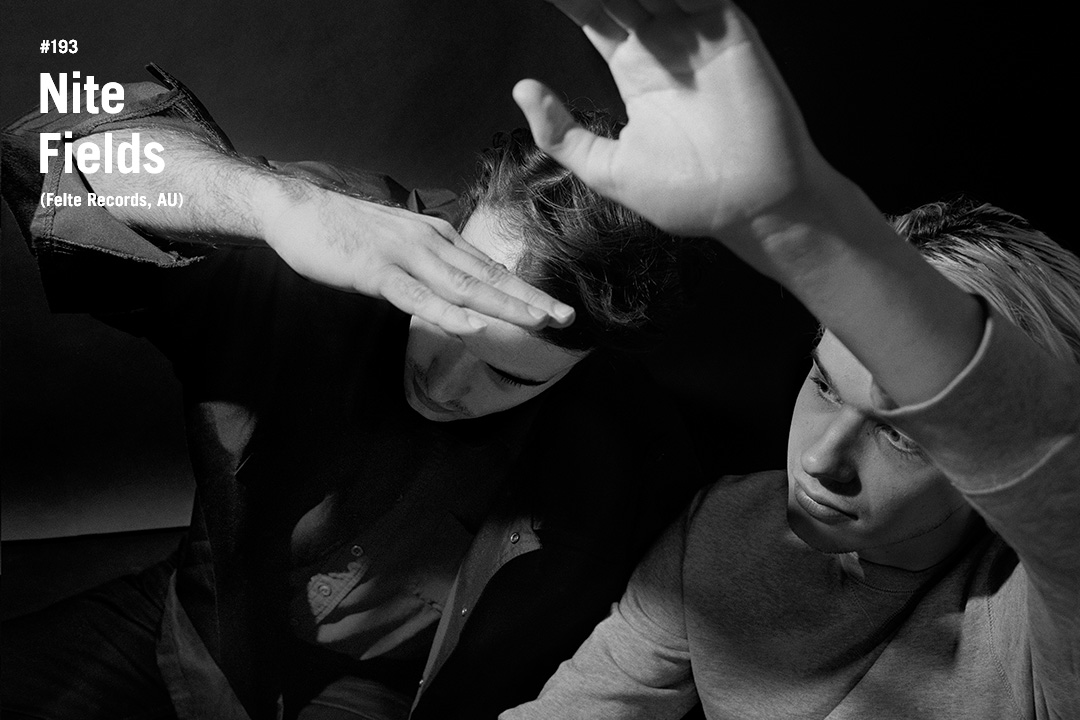 Nite Fields of Felte Records compiles hidden underground gems from Georgia, Russia and Ukraine into this emotional and haunting mix.

Nite Fields is a hazy post punk band from Brisbane, Australia, consisting of Chris Campion and Danny Venzin, the author of this mix, who currently lives in Moscow, Russia. Nite Fields occupies a noir-like area between “Pornography”-era The Cure, the lush soundscapes of early 4AD releases, and the haunted elegance of French coldwave. Their debut album “Depersonalisation” out on Felte Records is a captivating combination of heartfelt and convincing songwriting, soft gloominess and subtle melodic sensibilities that echo the dreamy moments of the 80’s goth scene. However, the nostalgic and moody undercurrents often go together with the powerful guitar-driven core of the sound. Moreover, Nite Fields’ recent track “Voyeur” transfers the band’s aesthetics into a rawer and more synth-laden territory reminding the more sensitive side of EBM. The band is currently working on their new album, which will be released in 2017 on Felte Records.

Secret Thirteen Mix 193, compiled by Danny, consists of acts originating from Russia, Ukraine and Georgia. The selection explores various stylistic areas ranging from post punk to dark trance or folk, and includes records released from 1992 to 2016. The mix illustrates the unique evolution of underground music in these regions, where Western sonic influences were embraced in different ways, and often merged with local aesthetics and character. It often results in a peculiar perception of sound, affected by cultural isolation, the surrounding landscape, folk music or a minimalistic approach. However, in the majority of the tracks in this selection you can hear the underlying introverted contemplative mood, whether in the bleak cold ambient soundscapes, hypnotic folkish melodies or fierce post punk. The tone and pace subtly shift from the uptempo punk of Н.О.Ж. to the nocturnal trance of Dmitry Morozov. It also has its aggressive noisy moments with “Perfect White”, a collaboration between Danny, Gnod and Love Cult, as well as the latter’s “Place To Get Lost In”.

This mix could be an excellent soundtrack for long winter train rides across empty fields, with gothic structures, illuminated by dim tower block lights, looming in the background. It is also a great listen for the last weeks of summer, when the scents of autumn are starting to ripple the air. “Garden in the City” by Mstislav Dobuzhinsky captures this mood fairly accurately.