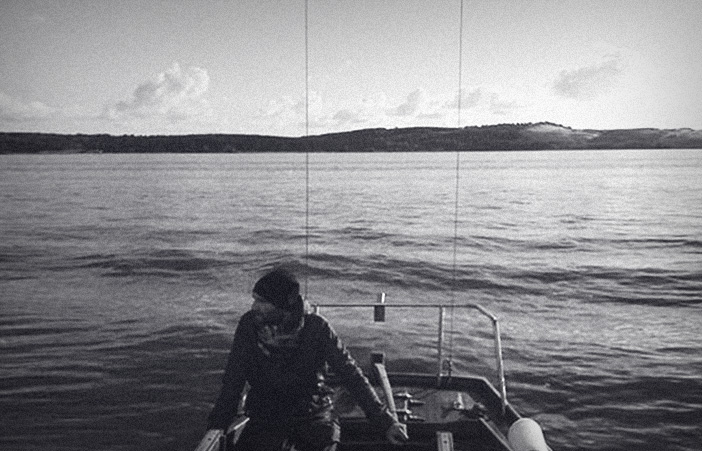 “Secret Thirteen Mix 003” is a calmly waving musical compilation that consists of twelve works released between 1973-2011 by both pioneers and progressive forthcoming electronic music artists around the globe.

The author of the mix Emanuelis Ryklys - Ryklys is a Lithuanian music selector and an active person in the field of culture. He is well known for his membership in the Lithuanian pioneer VJs team Rüt Rüt, and for his radio show named "Bangos" where he represents interesting musical discoveries and artists from all-over the world. Ryklys also is famous for being the father of international multimedia art festival “Centras”.

“Secret Thirteen Mix 003” is a completely sincere musical selection which mirrors author's maturity and his love for oceans. Starting the mix with well-known extremely light Aphex Twin work “Avril 14th”, an artist forces listener to relax and to start his journey into the sea. While the main atmosphere is created with sublime notes, mature and subtle key sounds forces to remember such artists as Alva Noto + Ryuichi Sakamoto or John Cage. The way one can see everything in a different perspective while being in the ocean, the way the new faces were put on such artists like Kraftwerk, Orbital and Carl Craig in this selection. A striking, beautiful and light composition of Marsen Jules at the end of this selection simply confirms that the wholeness of this work is all about sublimity of the nature and its harmony.

“Secret Thirteen Mix 003” is like a sparkling sea surface which invites to unexpected expedition into the Mariana Trench. This selection is a warm, hearty and mature story of author's unconditional love for the sea.