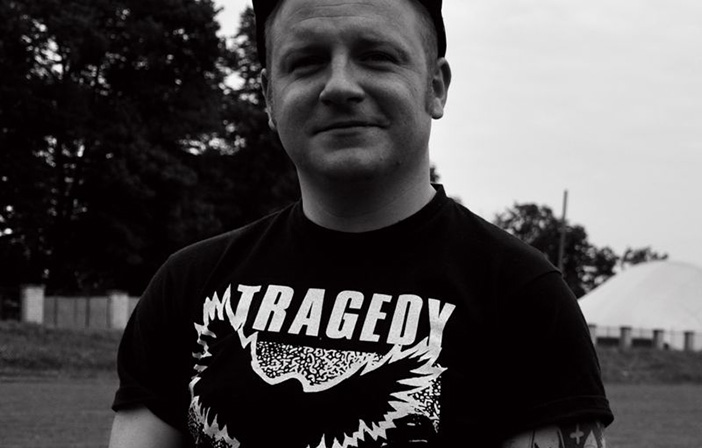 “Secret Thirteen Mix 022” is a thoughtfully selected musical compilation that contains a spectrum of vivid works from the authentic Eastern European musicians to noticeable artists such as Deathprod, Aoki Takamasa, Robert Lippok and 2562.

The author of the mix is Robert Skrzyński, energetic experimental sound and video artist from Poland. Since 2003 Robert has elaborated numerous projects such as no_signal, where he expanded his visual art experience or Micromelancolié, where he expressed his talent through minimalistic and glitchy compositions. Robert has created a considerable collection of works released on labels such as Already Dead, Amplified Music Pollution amongst the others. Robert's works can be described as deformed repetitive ambience with a dynamic micro activity in a sound that is created in non traditional way by using no-input mixing board, old VHS tapes, classic analogues and field recordings. He is also creating visual works for labels such as Monotype Records, Bocian Records and already Dead Tapes from United States. In 2007 Robert has launched a netlabel called 49manekinow that specializes in non-commercial alternative electronic and experimental video art releases, he is a curator of related netlabel 77industry as well. Check out his forthcoming cassette releases on Jozik Records, A Beard Of Snails and Dumpster Diving Lab.

“Secret Thirteen Mix 022” is a flexible musical selection that fuses 24 distinctive records made mostly in the last decade. The basis of a mix is formed from the effectively sculpted beats, enigmatic drifting atmospheres and variable elements of contemporary electronic world music. It is wonderful how author gently deconstructs musical intention from the mobile start to the lethargic end. The mixing is accurate where even sophisticated rhythmical patterns are perfectly blended into continuous musical line. It is a scrupulous and solid mixture of different scenes artists works that erase limits between techno, IDM, ambient and traditional musical styles.