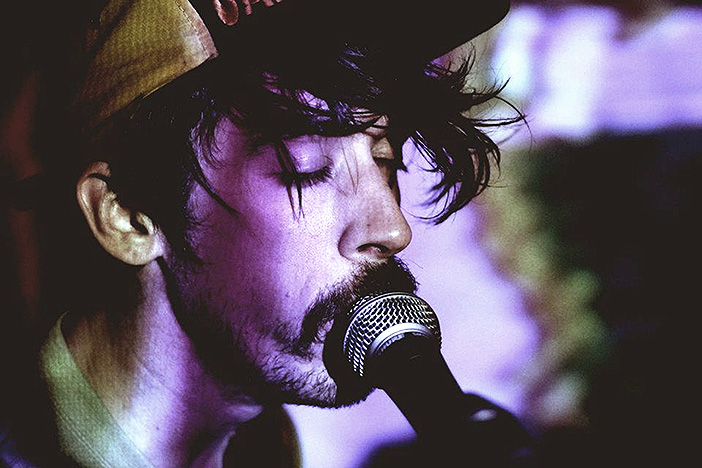 A timeless mix by Sun Araw connecting 12 positive records, which were playfully edited and processed with outboard EFX. [social_warfare]

The author of the mix is Cameron Stallones, better known as Sun Araw, an American alternative scene musician from Austin, Texas, who now resides in Long Beach, California. Started to experiment with music in the early college days when formed a psychedelic rock collective Magic Lantern. Stallones was associated with the Not Not Fun label where released his debut solo album “The Phynx” in 2008. This was followed later that year with “Beach Head”. He has been prolific since then with three albums released in 2010 and two in 2011. Stallones also collaborated with Pocahaunted on the “Passage” album. He also set up Sun Ark studio in his Long Beach home, where he records most of his music. In 2012 Cameron did a collaboration with M. Geddes Gingras and The Congos (“Icon Give Thank”) and reached number seven on the Billboard Top World Albums chart. Sun Araw and The Congos also performed live together.

Stallones music is inspired by '60s and '70s reggae, afro-beat, dub music records, also noticeable film directors such as Tarkovsky, Altman, Rivette, Bela Tarr. Wisely improvised compositions, organic textures, spaced-out vocals, vintage sounding and warehouse listening effect is his authenticity mark. Since 2007 he has released over twenty specific records (vinyls, casettes, cdrs) on such labels as Not Not Fun Records, RVNG Intl., Blackest Rainbow and Woodsist amongst the others. These releases have been praised in Wire Magazine ("Heavy Deeds" as one of the top 50 records of 2008 and "On Patrol" in the top 50 of 2010), The New Yorker, The New York Times, the Los Angeles Times, Uncut Magazine, Mojo, Pitchfork and beyond.

“Secret Thirteen Mix 027” is a vital and hearty music selection that explores archaic rhythmical arhitecture, lively played sound and professional vocals. Associated with reggae, hip-hop, psychedelic rock, funk, experimental musical styles. The basis of this compilation stands on the constantly flowing rhythmic patterns, cheerful singing and the whole harmonious atmosphere that is enhanced with siren signals, echoing spoken word cuts and accurate sound effects. It is an universal selection that completely fit for intimate dancing because of its mobile motion, but also as a working background for its melodic and structural variety. Unique emotional and ideological expression by Stallones naturally gets a gold medal to this remarkable selection for bringing people together.