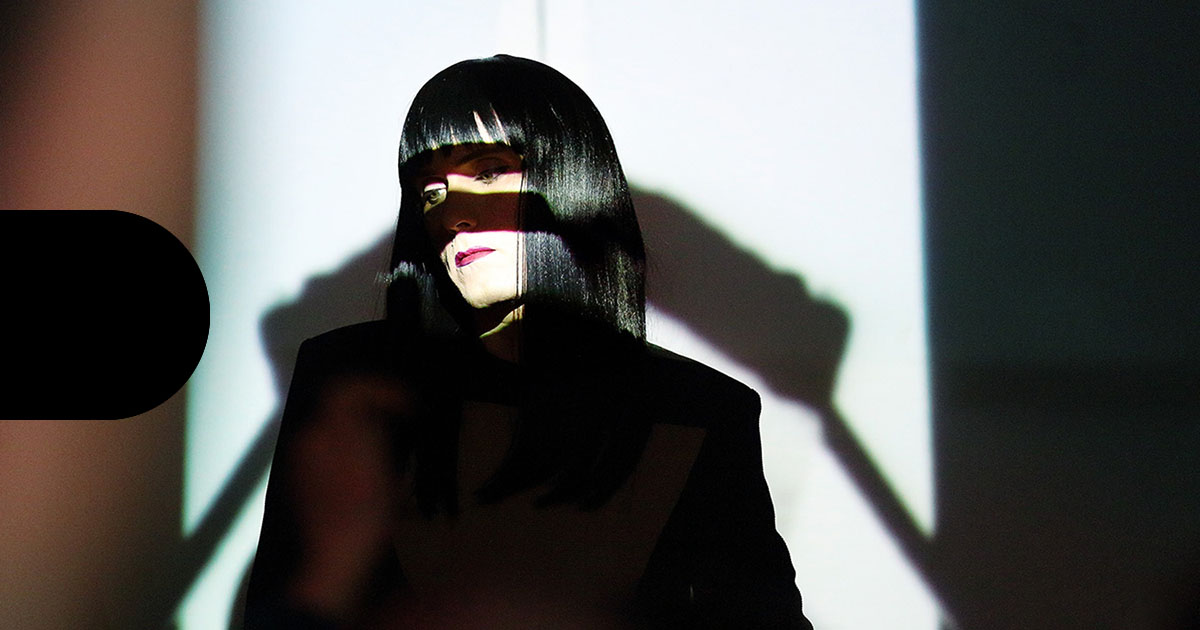 The graphic and systematic mix by Rrose that deeply examines shapeless and experimental sounds from the last five decades.

The author of the mix is Rrose, a disguised contemporary techno producer, performer and DJ. Rrose's pseudonym simulates Marcel Duchamp's fictional persona Rrose Sélavy (Eros, c'est la vie). Rrose project emerged in 2011, however the man behind the project is not a rookie in music. Exploring electronic music scene depths and various art mediums from the early 1990s, he has achieved a solid musical and management knowledge. Rrose is not frank talking about his past career: "I'm not trying to remain anonymous per se, just trying to occupy a tidy, humble place on the internet and keep the project as self-contained as possible.". Rrose has signed and released numerous of records on the legendary Sandwell District label and on his new imprint Eaux as well. He is also managed to work with notable artists such as Bob Ostertag, Dadub, Matmos, Minilogue and others. Rrose works are full of strict rhythmics, repetitive hypnotic patterns and studious device effects employment. By following Rrose mixes on Resident Advisor and Electronique.it, Secret Thirteen journal reveals the other side of Rrose and invites all the high-quality music lovers to explore this influential mix.

“Secret Thirteen Mix 065” is a measured compilation that ideologically, technologically and emotionally smoothly emerges, evolves and expands. The structural and conceptual development of this mix is deliberate, accurate and tactful. An impression that this mix is a long sustained composition never goes away during all the listening time. Rrose deeply examines shapeless and experimental sounds that are out of the club music frames related to his personal creations. The basis stands on the prolonged sweeping atmospheres, formless rhythmic convulsions and three dimensional sonorous space. The background is full of occasionally appearing diverse percussion, tribal motives and digitized field recordings. Skilled, unique and expressive use of various hardware in each included piece enriches the main wholeness with the particularity, vividness and innovation of sound. Imaginative and hypnotic drowned rhythmical sequences always arise at the right time thus there is no way to lose attention and sensation till the very end.

“Secret Thirteen Mix 065” is like a complex Marcel Duchamp's cubist art painting “Sad Young Man in a Train” with all its murky surroundings and subordination of representational fidelity to the demands of the abstract composition. Blurred and rich of theatrical colours, “moving” landscape reflects an alternative narrative perspective in this painting. Feels like Rrose's mix is carrying an idea related to early Italian Futurists whom were emphasizing and glorifying themes associated with contemporary concepts of the future, including speed, technology, novelty and violence.