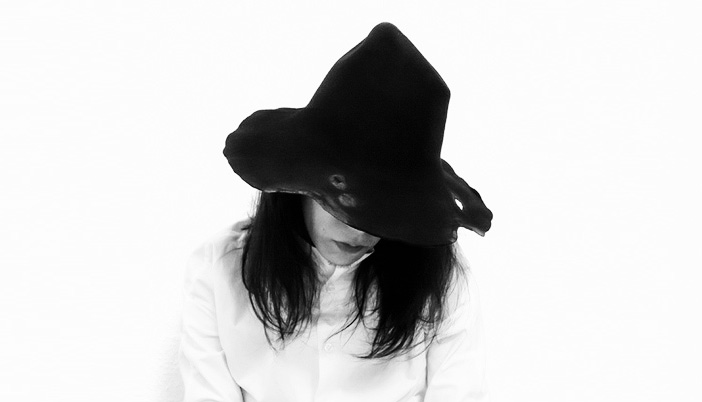 The author of the mix is Lee Xhin (pronounced as “sheen”), the Singaporean electronic music producer, DJ, performer and sound designer, who lives and works in Singapore. Xhin has been diligently exploring diverse compositional techniques and colossal rhythmical textures since the late 1990's. He is mostly related to more experimental and inventive side of techno music scene. By incorporating various stylistic fragments from distinct music styles such as IDM, ambient and bass music, Xhin constructs intensively expanding and shifting architectural sound structures. Xhin has had a very productive and progressive decade since 2003, when he independently released his first production. 3 studio albums and numerous solo and collaborative records were released by the authoritative labels such as Stroboscopic Artefacts, CLR, Token and others. The key point in his career was joining a Berlin based Stroboscopic Artefacts label, which was founded by Xhin's good friend and colleague Lucy. Together they produced a couple of critically acclaimed records such as “LX2/LX3” and “LX4/LX5”. Constant support from techno scene legends such as Speedy J, Luke Slater and Ben Klock strengthened Xhin's as well as SA position in the whole alternative music industry. Xhin has also been rapidly developing his name and skilled artist reputation by regularly touring all across the globe.

“Secret Thirteen Mix 072” is a syncretic and dynamic audio selection, that reveals Xhin's past and current favourites. This mix consists of 22 successful and influential records released between 1994 and 2013, that indirectly shaped Xhin's sound. Original works from respectable artists such as Autechre, Nurse With Wound, Venetian Snares, Photek, TM404, Lee Gamble and The Haxan Cloak simply mesmerize and capture listener's imagination right from the first touching organ chords. Also Xhin embeds several works from Japanese acts such as Mouse On The Keys, RYU, DIR EN GREY and Tao. This specific production not only enriches the wholeness with music with anime intention, but also creates a smooth musical diversity and intrigue. The selection can be assigned to ambient, IDM, folk and breaks music styles, but after all it erases all the musical boundaries as it sounds as continuous and well balanced compilation. It is important to mention that mix contains a lot of pieces with a strong piano impact. It is possible, that this aspect mirrors Xhin's childhood love for piano as he loved to play it as a child. The psychological and conceptual development of the mix is carefully measured, temperamental and remindful. Records with even completely different instrumentations, analytical arrangements and intention are imperceptibly merged into entire listening satisfaction. This mix holds a lot of contrasting rhythmics ranging from recorded live to sampled and then synthesized or glitched. There are lots of other unique formations as well. Each work is accompanied by complex employment of various live and digital instruments, also by cinematographic and nostalgic atmospheres. Following Xhin's mixes on Resident Advisor and Smoke Machine, Secret Thirteen presents entirely new and unexplored playlist of talent's music library, which is much more open, versatile and geographical than each vigilant music lover could imagine.

“Secret Thirteen Mix 072” is like a discursive and magnetic Tony DeLap’s modern art sculpture “Untitled”. It embraces the principles of limited, but subtly expressive color, abstract geometry, accurate craftsmanship and refined rigor. Everything is similar to Xhin’s precious selection. When you start looking at the abyss, those depths penetrate you with all their sophistication, mysteries, fatality and unearthly intelligence.