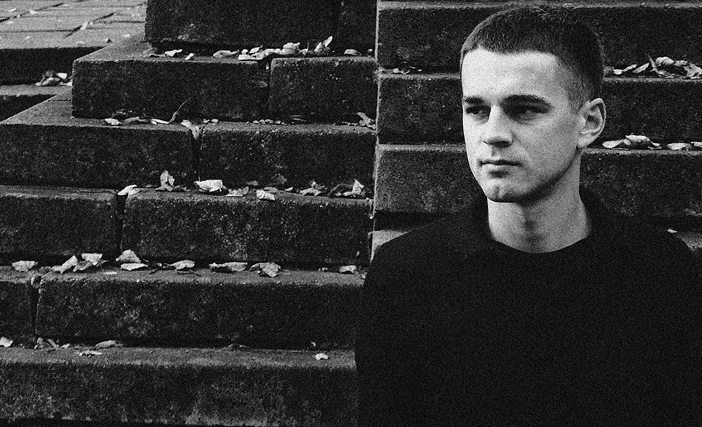 The author of the mix is Matas Labašauskas, a devoted Lithuanian DJ, event organiser and promoter under Aerobica moniker based in Vilnius, Lithuania. Labašauskas, previously known as Synthsoulsizer, is a music activist from the new generation presenting rediscovered post-punk, new wave, synthpop and experimental music in a growing and expanding post-Soviet cultural background. Labašauskas drowned into musical ocean in the late 90's and since these days he has collected a vast catalog of different records that always impress the audience. He is associated with projects such as D.O.S. (event series located in Vilnius underground clubs), Cosmovast (now closed online journal) and many other cultural interventions. In 2013 Labašauskas together with his team launched STRCAMP - 3-day festival that took place in a vintage campsite left abandoned after a collapse of Soviet Union. It was another good start for Labašauskas to introduce his beloved artists such as Lebanon Hanover, Lovefingers, Peine Perdue in the Baltic states and to strengthen the local alternative music scene and its future's intentions at the same time. Apart from music Labašauskas is an enthusiastic football player and bike lover who states that his driven motive is regular musical taste development, confusion and daily mistakes. His previous visionary mixes such as “Radio Afrisa” which he compiled while traveling in Africa and “New Rose in Town”, where exploration of post-punk revealed some great forgotten gems, clearly show Labašauskas musical professionalism and profundity.

“Secret Thirteen Mix 089” is a responsibly matured communicative audio selection that simulates manifold psychological tensions and shifting emotions. The mix includes 24 lasting records released between 1963 and 2013, however the main focus is on 1980's rare works related to minimal wave movement. Also, there are incorporated more experimental, acoustic and abstract pieces too. Half of the records were played from his valuable vinyl collection and the rest of them from digitized cassettes/LPs that he has got from his friends or found on the internet. Compelling tracks by phantom like musicians such as Ian Boddy, Emily Faryna, Vita Noctis, Tara Cross, Architects Office, Nine Cirkles and other unrated talents simply captivate die-hard collectors ears and hearts. Carefully measured conceptual development of the mix completely melts even the most controversial structures and themes collision. Every conversation cuts from movies and every passionate lyrics or monologues have its own meaning in the whole shifting context. Impotent communication between people, insights about comfortable marketing phenomena, lifetime goals escalation, obscenity and sarcasm are only a few themes Labašauskas goes through with this selection. An excellent tour through refined rhythms, unique vocals, old hardware generated responsive melodies, live instrumentation recordings and various grimy atmospheres leaves a subtle mark in each subconsciousness after a few considerate listens.

“Secret Thirteen Mix 089” is like an existential and strangely dramatic Romul Nutiu's abstract expressionism painting “Dynamic Universe” where experimentation with form and movement projects an informal universe. The freedom of painting's author tendentious improvisation breaks the limits of the canvas, thus creating an effectively structured dimensional installation which looks like a spilled oil in a glowing space panorama. Similarly to Nutiu's work Labašauskas' powerful mix homogenizes different level aesthetics and absorbs distinct musical colours to form an unpredictable nature of sounds, but in a smoothly balanced integral horizon. The complexity of Labašauskas oeuvre is a continuous dialogue between presence and transcendence where artist always finds a matching solution for this challenge. There is a deep look to one man's intimate world in this mix that reflects many other softly depressed people's lives too - humans who are seeking and waiting for metaphysical answers, truthfulness and sincere feelings in their solitary existence.