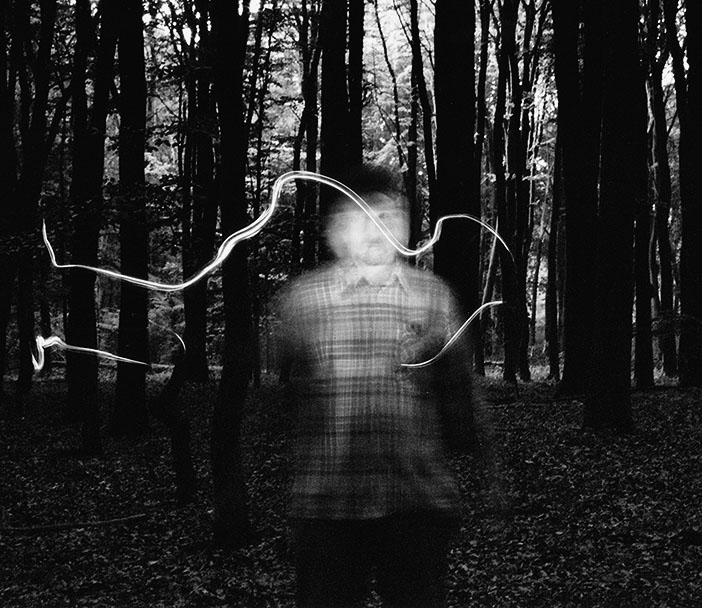 The author of the mix is Marc Richter, publicly known as Black To Comm, a German musician and curator based in Hamburg. His alias was inspired by MC5 band’s track “Black To Comm”, although Richter is not representing their ideology, only their spirit. From his childhood Richter felt that the music was inside him, floated in the air and it was only a matter of time when it reincarnates. Richter started recording and releasing records in 2003. In more than a decade he has released 7 full-length albums on such respectable labels as Type Records, Digitalis Recordings, En/Of, De Stijl and his own Dekorder, a gourmet imprint releasing spectacular music. Richter uses vinyl loops, antique electronic and pump organs, YouTube samples, processed (and pure) voice and field recordings and various small acoustic and electronic instruments, effect devices to create intricate multi-layered collage based works combining organic warmth and charm of vintage recordings and machinery. He states that “there's enough 'perfect' music out there” and probably this explains why there are so many contrasting and unexpected voyages in his production. He is a self-critical man and it is not a bad point, because each of his release brings something new and truly unforgettable.

“Secret Thirteen Mix 110” is a diverse, profuse and scrupulous mix that should indirectly guide the listener through the magical abandoned historical places, forgotten cultures, spectacular sacred architectural monuments, night mysteries and lots more. It is because Black To Comm is trying to design a complex illusion based on quite surreal, psychedelic, poetic and intimate moods. Gradually evolving emotive sounds easily let the listener drown into one’s fantasies and dig deep inside the subconsciousness thus projecting the whole new utopian world that is full of great wonders, extraterrestrial knowledge and true beauty. The mix includes 26 accurately merged long lasting and exceptional records released between 1971 and 2013. Luc Ferrari, Asmus Tietchens, Robert Ashley, Mike Kelley or even Phonophani are only a few spotlight names here, their music shrouds and saturates the mix with an enigmatic passion, different artistic expressions and complete matureness. The main structure of sounds is based on a dreamy field recordings, cathedral type atmospheres, occasionally emerging vivid percussions, playful melodies recorded using mainly classical instruments (organ, violin, grand piano etc.) and cuts from traditional world music libraries. Sometimes appearing haunted and sacred vocals, thrilling laments, ritualistic and religious prayers quickly captures and penetrates the soul. Thoughtful, creative and conceptual mixing of the tracks turns this selection into one continuous recording made by experienced individual. However, this fact is not true, but let us declare that Black To Comm is a skillful music selector, an intelligent and curious person who puts a great amount of time, love and ideas into it.

The mix could stand in parallel with, in the first look, uncomfortable painting “Stern” by Marlene Dumas. Identifying the subject is not the key to the content. To understand the work means you must look at the relationship between the reality and the metaphysical imagination. It is quite possible to experience the afterlife after watching the painting for some time and same stands for an esoteric Black To Comm’s masterwork that breaks any fundamental laws we know.