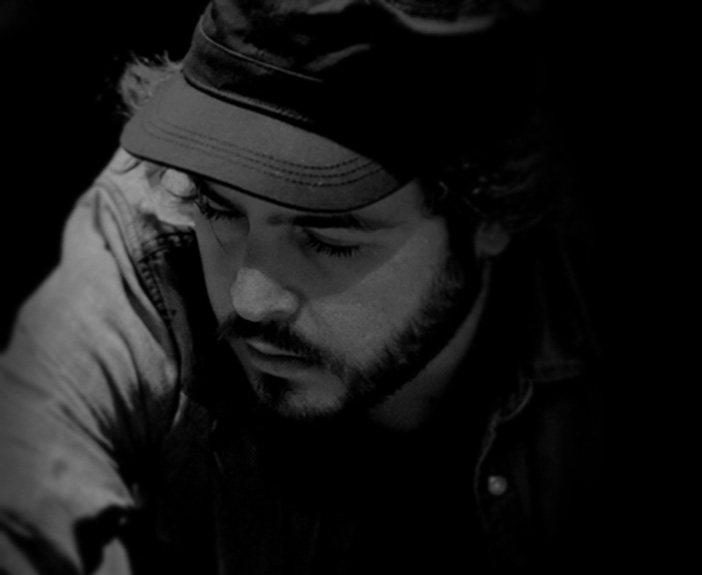 The author of the mix is Laurent Gérard, publicly known as Èlg, a French sound designer and multi-talented musician living in Brussels. Moreover, he is half of Opéra Mort and Naked Hug bands and one third of Reines d'Angleterre trio, with the famous Ghédalia Tazartès in the front. Gérard’s first impression on music was when he attended art school. Later on his brother Mim, who is a musician and also a producer, helped him to learn recording techniques, both classic methods and more recent ones. Since 2004 Èlg has become recognisable in the contemporary avant-garde underground scene performing solo in venues across Europe and the USA. Furthermore, in over a decade Gérard has released numerous of records on the variety of small and independent labels such as Luke Younger’s Alter, Hundebiss, SDZ Records, Kraak, SS, Lal Lal Lal, Taped Sounds and Nashazphone. “Mil Pluton” album or “La Chimie”, the latest one, is a good starting point to dip into his open, but at the same time complex galactic ocean of sounds. Gérard states that he needs to constantly take breaks from music and to periodically re-immerse himself in silence: “the big silence that is so frightening but which also gives rise to so many wonderfully unexpected things. It’s a need to back off a bit so that I can experience the world better”. This is what Gérard reveals in one of his interviews about his music recording processes: “I don't record in a comfort, and that's a driving force. I like mixing things up, playing with convention, questioning and twisting different trends, it's funny and it stops the music being fixed under one single and horrible, all-encompassing label. I have a great deal of affection for melody lines that have their own character and which are easily recognisable, they can provide companionship and comfort like a warm fire-place – it's the Beatles effect”. In his compositions Gérard is exploring limitations of laptop generated sound, experimenting with his Esperanto-like form voice in multi-language mode and a pinch of acoustic instruments. There are a lot of stylistic motives that listener can experience while listening to his hypnotic production, from industrial type of rhythms, musique concrète style editing, noisy layers of swampy electronics and diverse intention percussions. You can catch Gérard this May (2014) playing with his Reines d'Angleterre band at Café Oto or Instants Chavirés. Opéra Mort will tour in France in June.

“Secret Thirteen Mix 115” is a diverse and delicate audio compilation consisting of 12 rare and expressive records released between 1986 and 2012. This musical voyage goes through different stations, from extremely hypnotic gamelan spirales, East African blues, dreamy folk to film for ears, minimal pop cuddling and abstract electronic compositions. Timeless recordings of such reputable female artists as Anne Gillis, A.C. Marias, Shelley Hirsch or compositions from French acts such as Alain Peters or Dominique Petitgand stimulate listener’s subconsciousness from the very beginning of the mix and leads him to the essences of metaphysical answers. It is like an excellent Erik Madigan Heck’s opt art style photography with all its subtly different textures that form a sustained and extraordinary wholeness after a patient absorption of all the small details.

Gérard himself named his mix as “Twelve Pills Under the Pillow” and wrote a few important sentences about it: “As it has been proved scientifically that it's impossible to select two thousands favorite and inspirational music pieces for a one hour long mixtape I had to make a draconian choice... I tried to pick up essentially warm and slow tunes that I consider as wonderful lullabies and sonic tales. I hope that these tunes sticked together will make a coherent journey in itself. All these musics, mainly based on repetitions, use to open doors leading to parallel worlds in my mind and bring tons of images, stories, situations that I can dream of, lying down on my bed at night”.