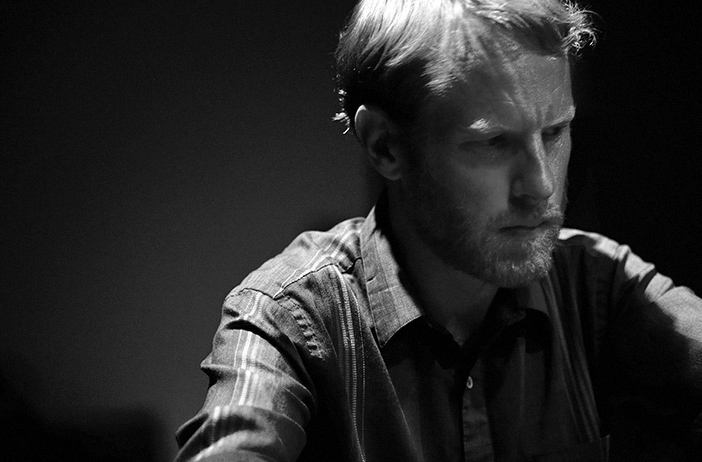 The author of the mix is Brian Pyle, better known as Ensemble Economique (2008 – present), an American sound artist and musician based in Northern California. Pyle is also a part of collaborative and mysterious musical projects Starving Weirdos and RV Paintings. Having started his career in the late 1990s, Pyle gradually reached the peak of quality, intensity and singularity of sound, furrowed with deep meditative stretches. His solo releases on such respectable record labels as Not Not Fun, Denovali, Dekorder, Digitalis or Shelter Press are clear proof of his originality and magnetism, as well as his sound production skills and artistic persistence. He has released 2 split records with the talented Lee Noble and Heroin In Tahiti. His new LP "Melt Into Nothing" on Denovali Records is coming out on the 27th of June, 2014.

Ensemble Economique’s compositions retain elements of drone and contemporary electronic with a psychedelic touch. Pyle, however, claims his production is “dark-pop”. His atmospheric, subtly percussive, evocative and emotionally-charged pieces leave no place for apathy. It seems that every new piece he produces becomes more personal, expressive and reveals Pyle’s romantic and poetic personality.

In recent years Pyle extensively traveled and performed live all around the world, went backpacking across Europe and Russia. “Just sitting and staring at the ocean or walking through the woods, experiencing the poetry of the world, these are massively inspiring to me” said Pyle in one of his interviews. This partially explains his dreamy sound textures and tranquil, sometimes even quite isolated moods. Pyles musical influences are mostly contemporary and soundtrack pieces, but he also has a passion for the exploration of traditional, field-recording, rock, and other genres’ catalogues.

In another FACT interview about his music purpose Pyle said: “My primary aim is to engage the listener and give them an interesting, immersive listening experience. I like the intense, dramatic, emotional, transcendent nature of music and so it’s something I really strive for”. This seems a very felicitous declaration because Ensemble Economique’s new accurate and challenging selection, which was made exclusively for Secret Thirteen, perfectly reflects his musical ideas/concepts. This mix is a collection of 12 remarkable tracks, plus additional sample cuts, creating a complete sensation of wholeness and teleporting the listener to the other side of his perception. A solid palette of powerful and strange emotions radiates through the surface of the mix at every moment, thus progressively enshrouding the listener with bizarre feelings and fictional visions, sometimes even causing instantaneous blackouts. Louis Soutter’s figurative painting “Fakiristes” could be a good illustration for Pyle’s masterwork.

Ensemble Economique’s words about his mix:

The inspiration and concept of this mix is based around the Ground Zero piece “Consume Red”. It runs continuously throughout the mix, disappearing and reappearing into other material. The exact length of the mix is the exact length of “Consume Red”. Throughout the mix I’ve layered in field recordings and some of my own sounds, the list below has all of the source material but doesn't really indicate the depth or the nuance of the layering, only the ears will be able to discern this!

Pyle’s words on his fanpage, describing his music, could be perfect end words of this text:

As if day and night are colliding.