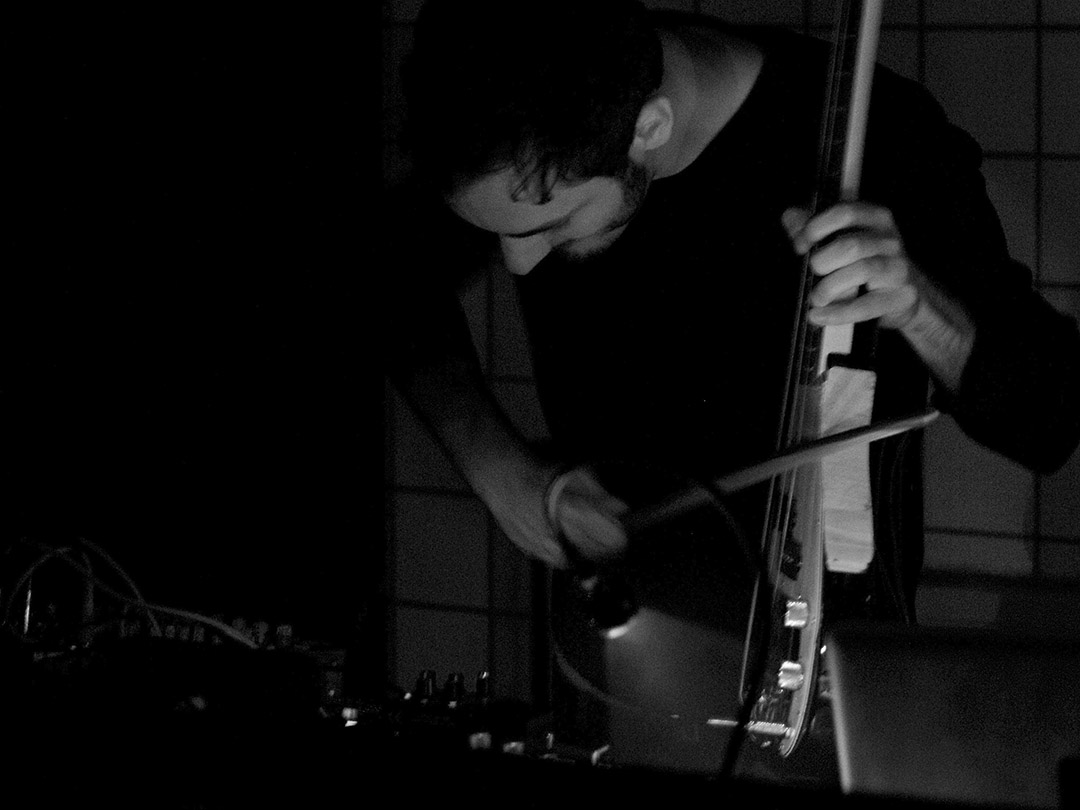 Emanuele Porcinai is an Italian composer and producer based in the UK. He releases his solo material under his real name and the WSR moniker. As of yet there have been two WSR releases, both on Contort: the 2015 Stainless EP and the 2016 ChambersLP. Both have proven Emanuele to be an innovative and unorthodox musician, concerned as much with the structure of sound as with its miniature subtleties. The music of WSR is a mix of natural and artificial - his process relies on the transformation of both electronic sounds and sounds from real instruments/environments into something in the middle. Emanuele builds his own string instruments, thus adding truly unique and unrecognizable elements to his works, and making his live performances a lot more engaging. WSR’s output can be described as a very atmospheric brand of industrial techno and ambient music, which has a strong “folk” aesthetic, particularly due to the use of string instruments. In addition to his solo work, Emanuele is also part of the UNKNOT label/project, which he co-runs and creates music for with DJ Sciahri.

Secret Thirteen mix 216 is a touching personal narrative, which includes quite a significant number of field recordings made by Emanuele himself, including unreleased WSR material. The selection has a powerful poetic charm and an organic underlying beauty within the textures. Even though the soundscapes might vary from utterly hypnotic to subtly harsh, the whole mood is very warm and human. The mix floats like an audio film or like the passing views from a train window, as the tracks shift in a very slow and refined mode. It starts with a very intimate touch - Emanuele’s sister reading her own poem in bedroom. This sets the tone for the remaining selection. The sounds guide us through vivid retrospective terrains and creates an atmosphere that is both blissful and meditative, as well as dynamic. At times the mix feels like an engaging story told by a stranger through soundscapes instead of words. Recordings from the Manchester Cathedral and Pietro Riparbelli’s “Silence After Communion” add the feeling of sacred tranquility to the narrative.

A comparable mood to the one found on WSR’s mix can be found in the elegant figurative minimalism of Lorser Feitelson. It can especially be felt in "Archimage #2" - a sleek painting comprised of sensuous, biomorphic lines, set against solid backgrounds of color, that seem similar to the combination of field recordings, organic modulations and floating drones weaved together by WSR. Using musical motives from the past, processing them by applying his significant technical knowledge and creativity, Emanuele develops a new perspective of how one archaic element can make the overall context sound different.

WSR on the mix

I've put together a lot of personal material. I am mostly fascinated by string instruments and recordings of enclosed spaces, more generally, by the natural reverberation of spaces and its narrative potential. First I have collected a bunch of field recordings I made - among others, my sister Elisabetta reading one of her poems in her bedroom during a thunderstorm and a field recording of the Manchester Cathedral. Then I stitched these together with released and unreleased material of mine: an old noise piece, and 'Exclave (Solo Voices)'. The latter is an alternative version of a track from 'Chambers', my last album on Contort. I have then contextualised these in a seamless mix with music and field recordings from other artists who have greatly influenced me within this same context.