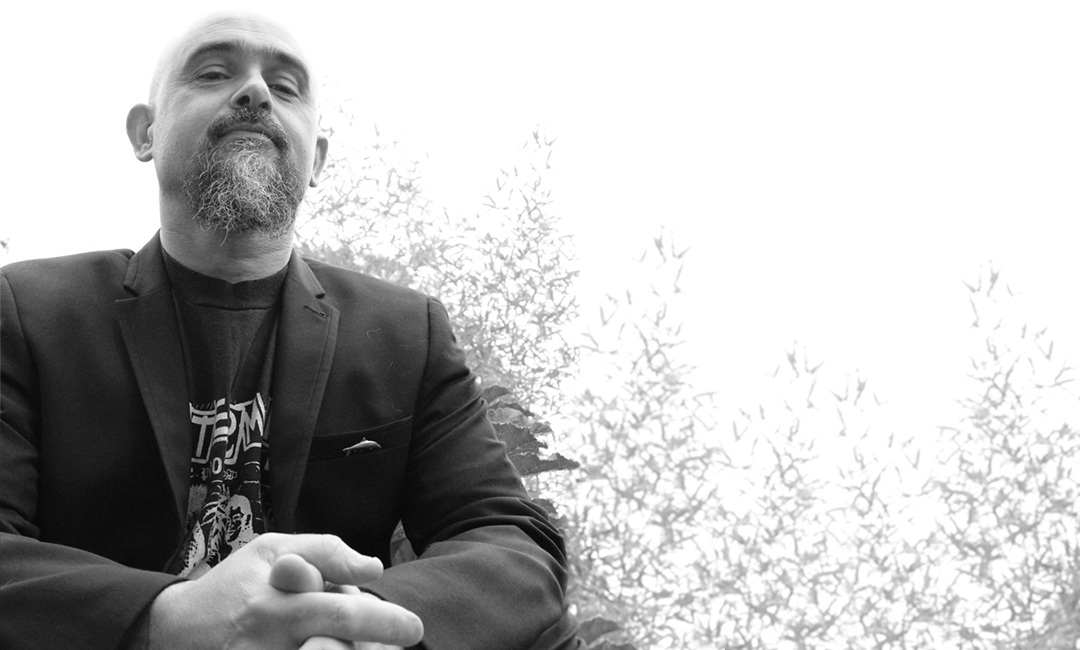 Mick Harris proclaims the glorious kingdom of sound in this dreamlike, exceptional 35-track collection of musique concrète, noise and other abstract forms. [social_warfare]

Mick Harris serves as both jack and master of all trades. From the time when his drums defied speed limits on Napalm Death over 30 years ago, Mick Harris has released truly unique records in a number of styles - ominous soundscape ambient with Lull, rough Detroitish techno with Monrella, savage jungle/dnb with Quoit, and many rather more experimental sonic endeavors besides. One of the passions of his musical career has been casting a thousand evil curses on dub, resulting in some of the most singular music released in the ‘90s and ‘00s - most importantly Scorn, but also The Weakener and his Equations of Eternity collab with Eraldo Bernocchi and Bill Laswell. While there is the urge to continue pointing out things like the entertaining carnage of Defecation’s Purity Dilution or the inventive celebration of acid that was Hygiene, today it seems more fitting to talk about another old-new Mick Harris project - Fret. The first release under this alias, an eponymous 3-track 12”, was released on Regis’ Downwards label way back in 1995. That’s a while ago now, but its hypnotic industrialized rhythms are just as relevant and fresh-sounding today. On October 13, 2017, a new Fret 2xLP, aptly titled Over Depth, is coming out on Karlrecords. The massive basslines and ornate noise tapestry background take this industrial-techno-by-way-of-dubstep banger a lot closer to Scorn than the first one ventured. Over Depth will doubtless be praised as much for its violent dancefloor appeal as for its creativity and intense attention to detail.

Secret Thirteen Mix 233, titled Head Stew, is a welcome curveball. Neil Geiman has a short story in his Sandman series where someone accidentally walks an alleyway into the dream of the city he lives in. This, then, is the dream of a concert venue where disembodied melodies, rhythms and compositional fragments manifest and merge, forming outlandish assemblages that ebb and flow, are restructured or turned on their head. We are always aware listening to Mick Harris’ works that he is a fan not of types of music, but of the fanciful machinations of Sound. This mix compiles the works of other musicians who have been guided by that ethos: the experimental fringe of the industrial scene as represented by Nocturnal Emissions, Nurse With Wound, Zoviet France; musique concrète visionaries, which are too many to name; and others pointlessly associated with IDM, hip-hop, dub or something else. The mix seems to be framed by the shadow of Harris’ former musical self - the feral hardcore punk/grindcore of Siege and Confuse. It’s always there, but does not dominate in the least. If a visual were to be included with this mix, Wu Guanzhong’s Lion Woods might be a good choice. The fantastic smooth shapes in this masterpiece place it on the tip of consciousness, much like Mick Harris’ recording. This is the real deal as expected, exquisite in selection and execution - mandatory!