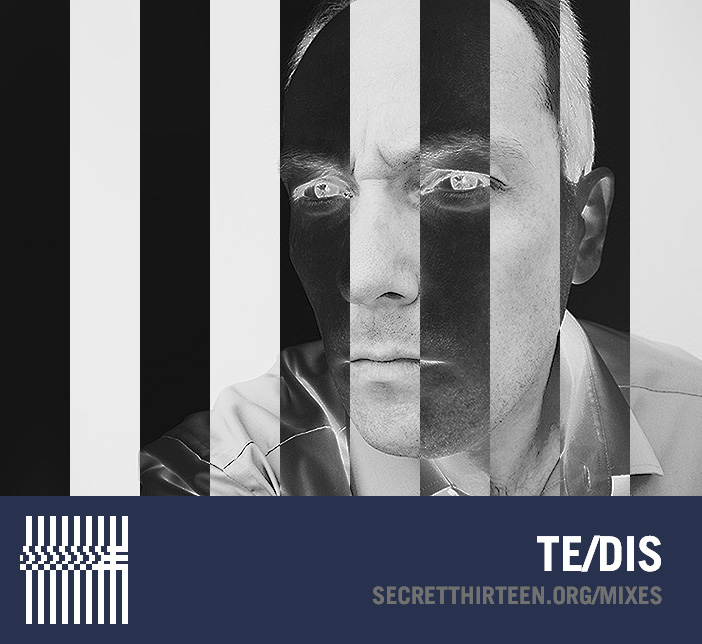 Te/DIS (abbreviation of “Tempted Dissident”) is a German solo artist operating on the harsher borders of the anxiety-driven synth pop and industrial music. His sound can be described as an edgy and minimalist synth elegance wrapped in a brutalist noisy soundscapes and delivered with rough post-punk dynamics. All this is fused with angsty atmospherics bursting with intense emotional palette. Thus Te/DIS shares aesthetic similarities with other fellow artists from Haus Arafna’s Galakthorrö label, where he released his highly acclaimed LP “Comatic Drift” and the preceding 7” “Black Swan”. However, at the same time his music has very unique sensibilities. Its monolith rhythmics are slow and precise framing the minimalist icy sonic waves and extraordinary vocals, which shares similar features to Ian Curtis, Section 25 and other dark Factory crooners. The structural part of the music manages to maintain the constant tension and suspended inner emotions, which might explode every second. The result of all this combination provides more than the sum of its parts and guarantees Te/DIS an honorable place in the present day dark synth and industrial landscape.

“Secret Thirteen Mix 146” is a carefully crafted selection consisting of project’s early influences and includes prominent, obscure and more-established artists from the 80’s stemming from the industrial/synth/minimal scene. According to the artist himself, “the 80’s had much more dramatic records with background as opposed to today when too much music even in the underground is about nothing.” The mix stands in the similar area where Te/DIS sonic explorations lay and these tracks provide interesting traces of project’s evolution, textural and emotional core. The selection sets off with two legendary acts. The slow-paced early Fad Gadget’s “Back To Nature” gives way to the intense, raw and punkish synth explosion “Moscú Está Helado” by Spanish synth/industrial futurists Esplendor Geometrico. There are also subtler moments with coldwave balladry of Danielle Dax, melodic nocturnal pulsations of Portion Control and monolith melancholia of Tommi Stumpff. The mix also includes tracks by EBM pioneers Pankow, British electro experimentalists Cultural Amnesia, forgotten French post punkers Visible etc. Thus the selection offers a varied journey across Te/DIS influences balancing on the boundary where extreme sonic experiments and catchy songwriting collide. An excellent listen for midnight walks across the concrete and neon-lit suburban areas.