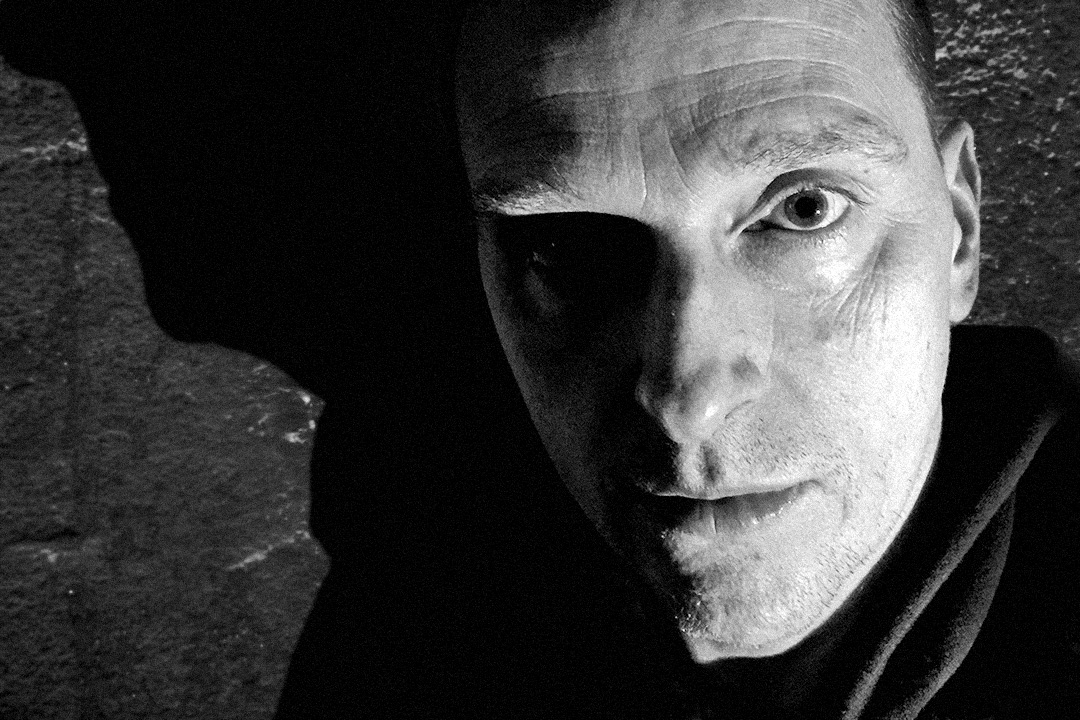 JK Flesh records a semi-live mix where he chops, screws and dubs his own material, turning it into a hypnotic maze of massive rough textures (listen/download now)

They say matter is given mass by Justin K. Broadrick. Metal fans will know him for his work with industrial metal outfit Godflesh - active since the late 80’s and legends of genre-transcending importance. Others might know one of his myriad other projects or personae: Techno Animal and their dirty hip-hop grooves, the ecstatic Jesu, the implosive Council Estate Electronics or our object of celebration today - JK Flesh. Justin’s first material as JK Flesh saw the world when Posthuman was released by 3BY3 in 2012. At the time it seemed this was going to be the hellspawn of Godflesh’ Us And Them that was not too far from the original - massive guitar noise, violent vocals and thick atmospheres - but over the years it underwent a transformation that was really rather enigmatic. JK Flesh’ 2013 Split with Prurient, Worship Is The Cleansing Of The Imagination, saw a project that braved the desert of toxic shit between metal and heavy electronic music - inhabited by most artists who managed to make it beyond the point of no return - and kept its identity. Three years on, Rise Above, the most recent LP released in 2016 by Electric Deluxe, is something altogether different - a sound as hypnotic as it is immense.

Secret Thirteen Mix 200 is more of a semi-live than a mix: Justin recorded it through a combination of DJing and live mixing of stems from original tracks, and using live machines in the mix. The selection consists of significantly reworked JK Flesh tracks, most of which are from the latter two years (2015-2016). These 12 tracks were gritty to begin with, but there is even less polish on them now. It’s like they are meteors disintegrating due to intense friction. The overall tempo seems slower, turning JK Flesh into a shambling hulk - chopped, screwed on codeine and unstoppable. These changes amplify various qualities in the project’s sound - for example, they make more apparent the fact that new JK Flesh tracks are really minimal techno tracks suffering from hideous radiation-induced mutations. This also gives them a maliciously humorous quality - as if a mercury-crazed jester were leading us through a tempest of noises and drones with his mocking hi-hats. The way these tracks are reimagined and put together reveals a narcotic side to Justin’s sound that’s otherwise not as prevalent. It’s easy to lose oneself in the quest to capture all the details in the thick wall of sound - half-delivered melodies, the weirdly low decay on a snare, the fleshiness of a bassline. That makes it one to return to.

This JK Flesh mix is reminiscent of Francois Arnal’s 1959 painting La Lumière Toujours Plus Lointaine - it is organic, overbearing, and, in places, pitch black, but there is also a playfulness to it that leaves one wondering.

* Recorded live by Justin K Broadrick as JK FLESH at Avalanche, no overdubs, no post processing.

* Hybrid of DJ and live mixing of stems from existing tracks, coupled with live machines in the mix. All tracks are chopped, screwed, dubbed and mutated.