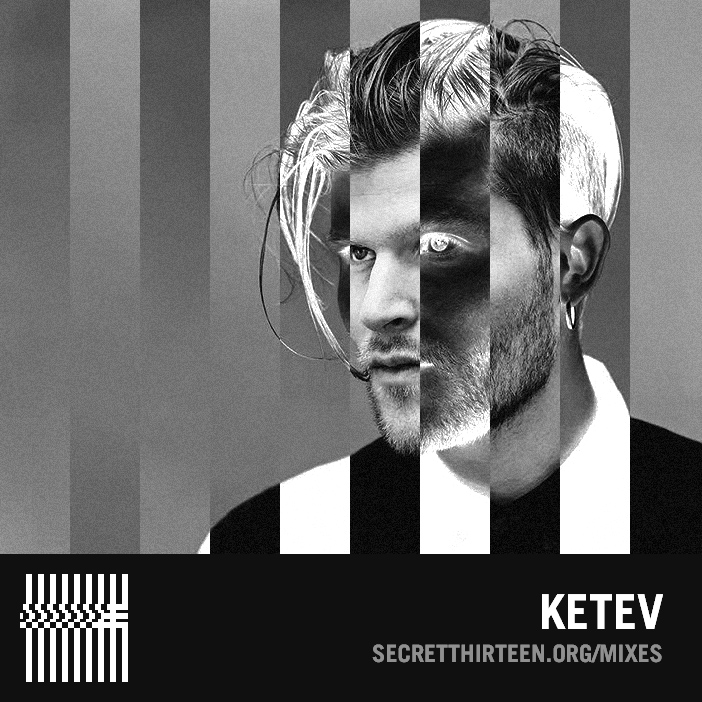 Yair Elazar Glotman (also known by his Ketev alias) is a Berlin-based sound artist and interdisciplinary experimentalist focusing on electroacoustic composition, sound installations and sculptures. Yair’s sonic world produced under his own name stretches between icy and melancholic layers of sharp drone waves to haunting acoustic experimentation showcased by his recent release, “Études”, which explores the variety of resonance transmitted by a contrabass. The album shapes an eerie yet beautiful world of ghostly chamber deconstructions and traces of neoclassicist transparency. If “Northern Gulfs” was an exploration of the grandeur of Nordic landscapes and cold open spaces, “Études” is more of an introverted affair, an organic shift. Another notable project of his was the soundtrack for the epic 360-degree immersive 3D installation “Nimbes”, composed together with James Ginzburg of Emptyset and released on the Subtext label. This production revealed Yair’s ability to adapt his sound to a constantly-shifting visual environment. He also dives into a more rhythm-based territory and crafts hypnotic post-techno from reel-to-reel tape loops under his Ketev moniker.

Secret Thirteen mix 162, which is presented in collaboration with SHAPE platform, has similar sensibilities to Yair’s ambient/drone excursions to winter lands and chamber spaces. It is a spacious, emotional and cinematic narrative consisting mostly of non-rhythmic pieces by drone/ambient/modern classical composers, as well as some exotic twists from non-Western musical backgrounds. Starting with Ellen Fullman’s sublime piece it proceeds with the sombre and hazily melancholic composition “I” by Erik Enocksonn, taken from his “Apan” release, which was created as a soundtrack to Jesper Ganslandt’s film “The Ape”. Another cinematic reference is the inclusion of Mica Levi’s beautiful and cosmic “Love” from the “Under the Skin” film. Laibach might sound like an odd pick for such a context, but Yair included an atmospheric track from their early material. A piece by the legendary Lebanese singer Fairuz is a nice digression towards different cultural realms and its ethereal nostalgia fits perfectly with the more abstract contemporary pieces by ambient producer Stephan Mathieu and R. Keenan Lawler. So does the mesmerizing composition by Georgian mystic and composer George Gurdjieff. Further on we find the dreamy acoustic floating of Colleen standing next to the noirish dramatism of Nico, and then Yair concludes the selection on a high note with “Lamant (Coda)” from the aforementioned “Études”. The mix is a nice exercise in hypnotic romanticism and could serve as a nice companion for early autumnal wanderings across gold-colored park alleys or cobbled downtown streets. Edward Hopper’s painting “Railroad Sunset” illustrates this sonic narrative quite well with its organic mixture of passing dark-shaded railroad tracks and soft pastel layers of evening sky.

Ketev will perform live in the following events