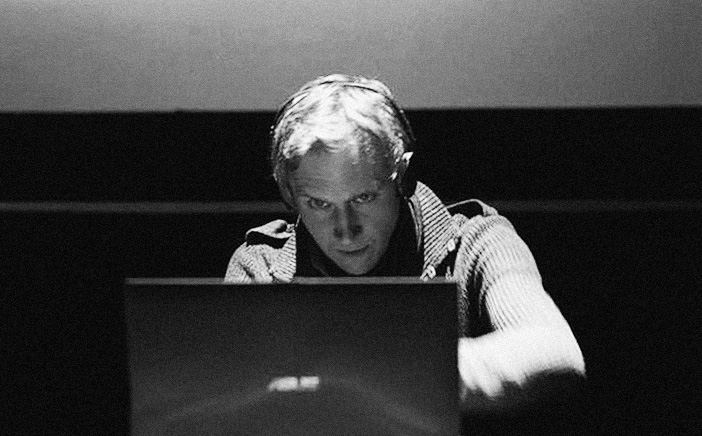 The author of the mix is Marcus Fjellström (born in 1979), a Swedish contemporary composer and multimedia artist. Fjellström work ranges from the purely orchestral to electronic music and audiovisual work. Fjellström has worked with the Swedish Royal Ballet and the Scottish Chamber Orchestra, numerous ensembles and soloists, as well as with such independent record labels as Lampse, Miasmah, Air Texture, artists and well-known filmmakers including "Salad Fingers" creator David Firth. Fjellström studied composition and orchestration at the School of Music in Piteå, Sweden, where he graduated with honors in 2005. One month after graduation, his debut full-length album "Exercises in Estrangement" was released by Lampse Audiovisual Recordings. The following year his second album "Gebrauchsmusik" was released by the same label, after which he has been focusing on orchestral and chamber music for two years. In 2008 he completed his first major audiovisual work - the experimental cartoon / electronic music piece "Odboy & Erordog, episode 1". Since then he has written several audiovisual works with classical instrumentation, including "Lichtspiel Mutation 1" for Sinfonietta Cracovia and "Odboy & Erordog, episode 2" for The Peärls Before Swïne Exerience. Fjellström musical influences range from such electronica as Aphex Twin and Autechre, to such 20th century composers as György Ligeti and John Cage. Being an active figure in solid projects, Fjellström definitely deserves to be heard.

“Secret Thirteen Mix 029” is a volatile music selection which gently connects timeless records from the separate period of time and genre. The substructure stands on the architectural rhythmical patterns and profound ambience which are constantly mixing together and thus creating inspiring individual forms of intellectual sound. Regularly emerging extensive cinematic melodic layers, combined with mobile effect sound variations, enchains the listener till the end of the mix. A subtle vitality of modern electronic music is created by thoughtfully selected cathedral listening feeling records. Tracklist arrangement obeys the standard emotional and structural developing principles, which is why the advanced listener can feel numerous delicate unexpected variations and be fully satisfied. In all, it is an academic vision of pure computer made music.