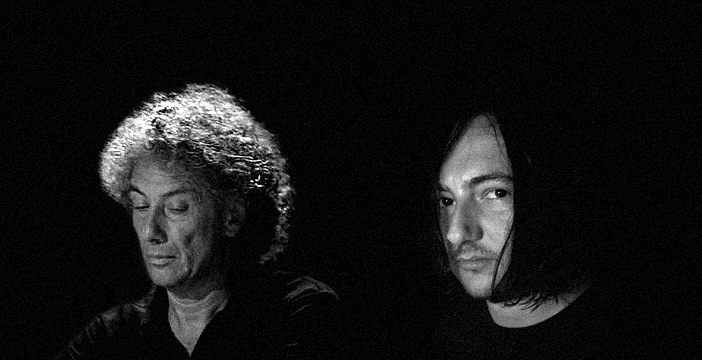 “Secret Thirteen Mix 035” is an expressive hybrid electronic music semi-live which gives a tribute to theatrical works of such artists as Luciano Berio, Dino Campana, Joyce and Baudelaire. To enrich the genuine abyssal musical substructure which was formed by the original recording authors, a few rare and striking records from such controversial musicians as Atrax Morgue, Developer and Monoton were gently integrated and manipulated into the smoothly polished wholeness.

The authors of the mix are Francesco Baudazzi, an Italian electronic music producer, better known as Obtane, and his mentor, contemporary music composer, lecturer Giuliano Palmieri. Baudazzi is a prolific sound artist who explores profound dance music possibilities in the drone, noise and experimental music perspective. Baudazzi is currently working on his own record label Zooloft which was co-founded together with a close colleague Giorgio Gigli to publish and release their own audio material as quality vinyls. Baudazzi has also released music on such notable labels as Synewave, Sonic Groove and Stroboscopic Artefacts. Also he has recorded powerful mixtapes for such influential musical platforms as Resident Advisor, Modyfier, Smoke Machine and others. The second honorable personality in this mix is Guliano Palmieri. After graduating in Music at the Conservatoire Niccolò Paganini in Genoa, in Electronic Music at the Conservatoire Benedetto Marcello in Venice, Sound Technology at the Conservatoire Vivaldi in Alessandria and master classes at Bertinoro's Musical School, now he is studying at the Centro di Sonologia Computazionale. It is a computer music research center active from the early 70's at the University of Padua, of which one of the founders and the main figures was the avant-garde electronic music pioneer Teresa Rampazzi. Palmieri has worked with big experimental artists like Luigi Nono and Luciano Berio. At the moment Palmieri is composing and teaching at the Conservatoire Vivaldi in Alessandria. Both musicians are carrying a solid baggage of musical knowledge, experience and inspirations that were perfectly unfolded after their collaborative recording during summer in the Zoagli, 2012.

“Secret Thirteen Mix 035” is an integral intellectual musical formation which examines even advanced listeners’ ears and emotional senses. The main principles are based and an attention is focused on spacious shadowy ambience, cacophonous experimental harmonies and thoughtfully transformed field recordings. Maintaining delicate balance from the beginning till the end between percussive industrial type rhythmics and malfunctioning, modified background layers, authors of the mix prove their maturity, fragile aesthetics and selected concept fortitude. Motives of techno, glitch, ambient and IDM are converted into completely new listening experience level that has richer consistency of facing musical interfaces. There can be found more than accurately modulated sound effects, hidden micro-sounds activity and mathematical arrangement. Moreover, variable provocative spoken-words and manifests take an important role too in this masterwork. There is no place for comparisons. It is unique, mature and inspiring recording which requires excellent sound system and desire to study this three dimensional world of sound. This selection is a perfect opportunity for every listener to be taught by real professionals.

“Secret Thirteen Mix 035” is like an abstract Ellsworth Kelly significant painting “Study for Black Ripe” where archaic, deformed shape works as an ideology of minimalism and futurism in these days prospect by leaving metaphysical traces in the observer’s mind. It is a prolific musical collision between two different individuals and generations that expands the future sounding vision and idea which can progress even with the subtly merged classical soundscapes. It is the new age’s alchemy.

These musical fragments from other artists are included: