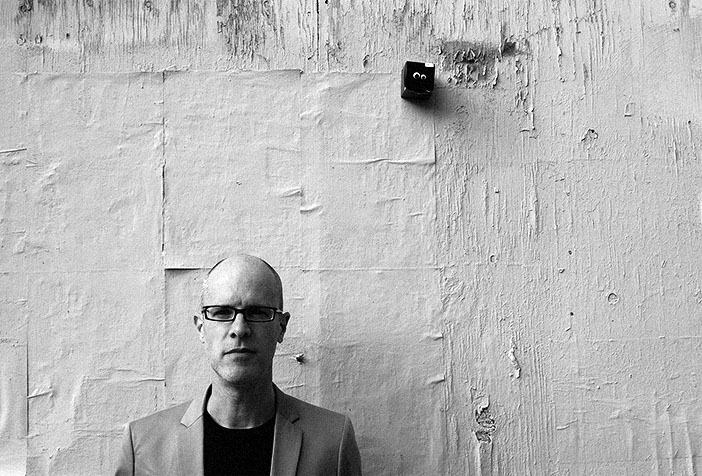 “Secret Thirteen Mix 051” is a carefully measured versatile audio collage that connects and reveals 31 notable records from the such gifted musicians as Zoviet France, Demdike Stare, Felix Kubin, Bruce Gilbert, Rhythm & Sound and many other. Mix clearly reflect author's nowadays view to a flexible and constantly expanding electronic music scene and its conception through perspective of static, mobile and innovative sounds intersections.

The author of the mix is Richard Chartier (b. 1971), an American minimalism movement musician, sound artist and designer, also co-founder of the respectable LINE records. Chartier is a notable person in the academic scene and carrying some weighty achievements in music and visual art. Over a decade he has released over 30 solo records on labels such as Fällt, Raster-Noton, Room40, Spekk, 12k. Collaborations with the well known musicians such as Taylor Deupree, William Basinski, Asmus Tietchens and CoH, Chartier show his flexibility and equivalent energy. His visual and sound installations were exhibited across the globe including CC (Tokyo, Japan), Castello di Rivoli (Torino, Italy), the Art Institute of Chicago, The Contemporary Museum (Baltimore, US).

“Secret Thirteen Mix 051” is a dynamic music compilation that can be described as assimilation among minimalism, experimental, techno and ambient musical styles. The basis stands on the constant and profuse layering of selected records thus creating compositional and stylistic formations that sounds newly. It can be heard that Chartier is gently exploring symbiosis between enigmatic soundscapes and nebulous rhythmics. The main architectural surface is based on the sweeping and progressively shifting atmospheres, hollow beat patterns variation and kaleidoscopic micro activity in the lower background. Widely extended stereo diapason and sonorous musical effects create a rich wholeness with a subtle cathedral listening experience feeling. Mix author also shares two exclusive compositions which are forthcoming on his Line imprint on February. First one is a solid work of talented woman Antye Greie Ripatti (known as AGF) and the second one is Chartier's promising collaboration with a honorable composer William Basinski. This high-quality and continuous mix can be an example to all upcoming selectors of how music should be generated ideologically, thoughtfully developed and precisely mixed.

“Secret Thirteen Mix 051” is like a puzzling Eva Hesse minimalistic drawing with no suggestive title, but with a expressive statement of modernism where abstract forms and diverse color tones create a harmonious collisions of chaos and order, organic and geometric, absurd and tragic.