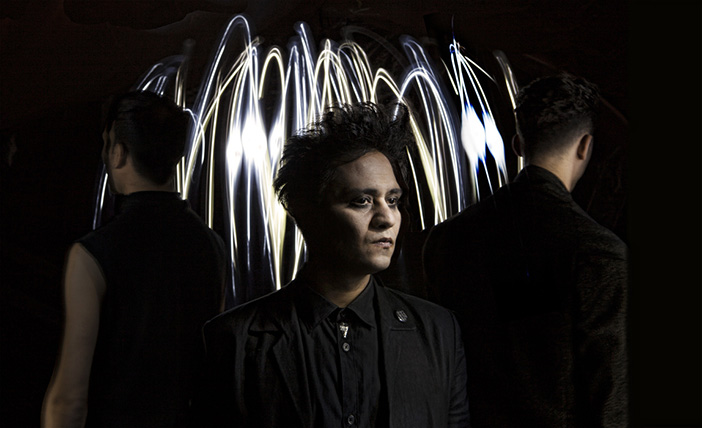 The dynamic and forceful mix by the Turkish darkwave band She Past Away. (listen now)

“Secret Thirteen Mix 068” is a comprehensively selected dynamic and forceful musical compilation assembled from 23 influential records released between 1980 and 1997. Authentic and eccentric creations from legendary musicians such as The Sisters of Mercy, The Cure, Joy Division, Grauzone, DAF, Death In June and other skillfull craftsmen evoke a sense of clear lightly anarchistic 1980's alternative music scene. Mix authors collected and recorded their all time favourite tracks that somehow influenced their sound and vision to Goth culture.

The authors of the mix are She Past Away, a darkwave band from Bursa, Turkey. The band was formed by Volkan Caner (vocal & guitar) and Idris Akbulut (bass) in 2006. By the year 2009 their forces were strengthened by Doruk Ozturkcan (electronic drums). After a long demo-recording session Remoov Records decided to released their first digital EP "Kasvetli Kutlama" (2010). Debut vinyl album "Belirdi Gece" was recently released by Fabrika Records. By fusing gothic lyrics with intense guitars, murky vocals and sensory drum effects, the band is rediscovering experiments of darkwave era with the reflection of such honorable bands as The Sisters of Mercy, Bauhaus and Suicide.

“Secret Thirteen Mix 068” is an energetic and coherent music selection that explores archaic rhythms, lively played sound and professional solid vocals. Mix could be associated with 1980s darkwave, new wave, post-punk, gothic rock styles. The basis of this mix stands on the constantly moving rhythmic patterns and melodic agony gained from distorted and sharp electric guitars. The focus is on dramatic and suggestive lyrics and singing is enormous. The mixing is strict, but also contains emotional and ideological exposure. Mixture of perceptible depressive emotions merged with manifesting, frenetic and sometimes sarcastic moods generates a feeling of fictional thriller film soundtrack that is flavoured with chaotic love motives. It is a timeless selection consisting of high-quality and original records that made a strong impact to the whole alternative Rock music evolution.

“Secret Thirteen Mix 068” is like mysterious and dark Hugh O'Donnell's abstract art drawing “Body Echo 26” where figurative and hazy lines form a systematic reflection of the refined past.