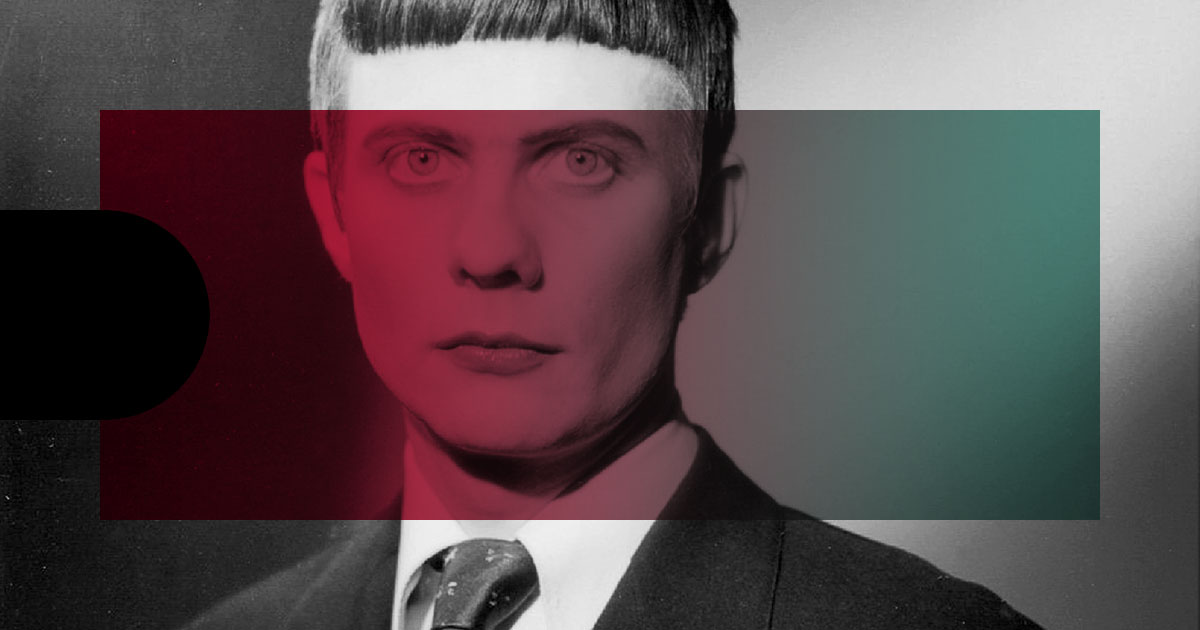 A conceptual mix by Felix Kubin that leads to the depths of his retro futurism ideas and dramatic obscure feelings expression.

“Secret Thirteen Mix 095” is a very conceptual, modern and dynamic music selection that leads to the depths of retro futurism ideas and dramatic obscure feelings expression of the author. “The Life Detuner” - this is how Kubin named his scenic mix and it is because he imagined that what would it be if he could detune all objects of life according to his desire; “to make them sing and resonate like a huge orchestra conducted by the impulse of my heart”. In less than a hour Kubin examines 19 gracefully eccentric and eclectic records that were released between 1964 and 2013. However, it is hard to define a time barrier between tracks as each of them holds a specific mood and musical intention related to motives of vintage science fiction/noir film melodies, early industrial music compositional structures, sound generated by old synthesizers and absolute obscurity, weird playfulness of each arrangement and musical expression. Mobile, gradually shifting and emotionally growing masterworks by prolific musicians such as Geisterfahrer, AG Geige, Der Plan, Artuan de Lierrée, Pete Um and other talents simply rise mix quality bar to the top and clearly shows that it required a vast musical library, knowledge and time to compile. Kubin perfectly deals with different emotional interpretations and finds tiny places in tracks for slight connections between them thus creating a progressively expanding mix that sounds like a sustained wholeness, like a continuous surreal movie soundtrack with all its unexpected curtsey. Kubin manipulates each tone, sound density, speed and trajectory, he charges and fulfills every moment with vitality and activity; his intelligence and passion garnered into a brilliant achievement. It is a wonderful gift for all Felix Kubin music followers as it indirectly reflects his early influences where it is possible to hear a lot of similar fragments used in his personal creations or live concerts. Also, it is an fruitful research object for all die-hard music lovers and crate-diggers as it is possible to find some rare gems from German music scene, as well as explore a carefully compiled and precisely recorded non-typical musical narrative.

“Secret Thirteen Mix 095” is like an incredibly luminous and subtly modeled John Ferren’s abstract art painting “Paris Abstract” where the cosmic colours seem to glow and radiate sophistication, mystery and paradoxicalness. A profusion of curvilinear, even biomorphic forms standing out against a neutral ground create a great overall complex aesthetics parallel to Kubin’s highly exceptional mix. Undoubtedly, Kubin produced an extraordinarily beautiful, yet fantastic sculpture-like musical compilation that conveys a distinct set of hidden connections and associations that each attentive listener should interpret and understand individually. However, arising common keywords are explorations, abnormalities, space, sarcasm and hypnosis.