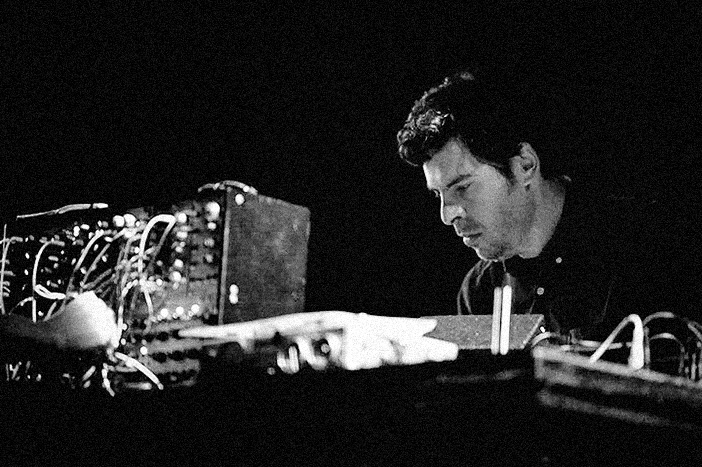 “Secret Thirteen Mix 056” is an influential audio collage which focuses on distinctive percussions, percussive sounds and rhythms that clearly show current music-making, exploring and listening interests by the mastermind of the mix. 37 original works from such honorable musicians as Sun Ra, Jon Hassell, Haruomi Hosono, Ilhan Mimaroglu, Pierre Bastien and other talents should draw even the diehard's attention from the first appealing grooving tones.

The author of the mix is Andrew Pekler (b. 1973, Uzbekistan), a cosmopolitan electronic music artist, now residing in Berlin, Germany. Started his musical career as a guitarist/vocalist in various bands (Mucus 2, Bergheim 34), Pekler has gradually changed his equipment to computer and started concentrating on his solo projects. Since the late 90's Pekler has released records on such prominent labels as ~scape, Dekorder, Kranky, Senufo Editions and others. His works were truly maturing in terms of quality and ideology. He compose for films, dance and theater. Pekler's creations mainly stand on the accurately arranged varied cut samples from different times and cultures that crystallize into his original sound. He is also playing in a collaborative project called Groupshow together with Jan Jelinek and Hanno Leichtmann. After traveling and performing all around the globe for more than a decade, Pekler has accumulated a solid baggage of musical knowledge that smoothly unfolds in this chef-d'oeuvre.

“Secret Thirteen Mix 056” is a priceless music selection that connects numerous of diverse works created between 1955 and 2013. It is important to mention that in this mix Pekler reveals his new project called “A.P. & Machines” which demonstrates 5 exclusive pieces improvisationally generated with the hardware only. The basis of the mix stands on a constantly moving and shifting specific rhythmics and shapeless atmospheres. The wholeness is strengthened with kaleidoscopic device effects, mysterious rustles, sentimental vocals and exotic percussion elements. The melodic side varies among jazzy, Caribbean, ethnic and sometimes really chaotic type arrangements that enrich the listening satisfaction with enjoyable unexpectedness and rarity of records. The development is deliberate and conceptual and balances among incompatible lo-fi, lively recorded and high-quality sound expression. Every creation collides with another so equally in this mix that it could be interpreted as an entire continuous soundtrack/live improvisation. There is also a subtle space left where the observer can feel the uniqueness and convulsions of every creation. This complex mix is not only disobedient to frames of the time or any style, as it weaves so many authentic pieces, but it is also expanding in terms of perception and sensation each time the listener plays it again.

“Secret Thirteen Mix 056” is like a striking and intense Fernand Léger modern art painting “Composition” where group of abstract figures represent the restoration of harmony between different races of the world and shows peculiar commitment to disarmament. Pekler's authenticity, enthusiasm, vitality, flexibility and aesthetics in this picturesque mix should reward every minded and hearted personality with an absolute pleasure for one's soul.