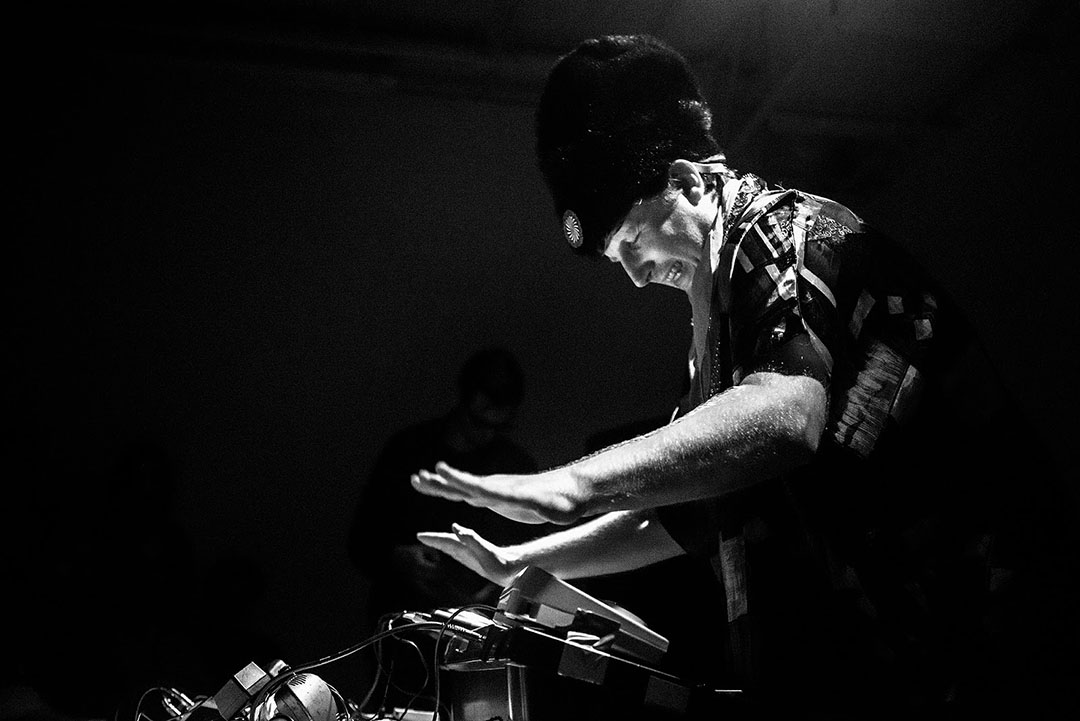 Armantas Gečiauskas, known to most as Arma Agharta (read his interview here), is a Lithuanian musical nomad, sound-performance artist and promoter. At home Arma is someone to be admired for the amazing tenacity with which he tries to spread the love for all things weird an experimental - bringing outlandish acts to parts of the country where noise is the exclusive domain of nature and industry. More recently however (although he’s been doing it for over a decade), Arma has become an important performer in his own right. Over the past couple of years his peculiar sound and character found their way into the midst of icy Greenland cliffs or skyscrapers of teeming Southeast Asia metropoles. The first thing you notice about Arma’s shows is precisely the character: the flamboyant costumes, the multitude of mysterious devices, toys and artefacts. But behind the façade of curiosities there is a rough musical subtlety that shines through in dozens of unexpected ideas lingering for a while and passing the stage to the next one.

Secret Thirteen Mix 228, The letter L gives us a small taste of Arma’s substantial obscure record collection. It focusing on a cultural area that has obviously influenced his tastes a great deal - Japan. It seems difficult (and unnecessary) to classify the music on here, so let’s just say there is a lot of outsider synth music, a lot of folk, jazz, psychedelic influences and more besides. We start out solemnly with what is probably the most recognizable track in the mix - Geinoh Yamashirogumi’s Requiem. The opening ceremony continues with tribal, ritualistic rhythms and melodies - the soundtrack for a prophecy being fulfilled. When the blindfold falls we find ourselves in a world of Dario Argento film sets and aquarium-lit massage parlors. The experience is maddening, but comfortable in a new-age sort of way. An intense plot certainly surrounds us, but the mood swings are carried out in such a way that makes the mix feel like a film narrative, thus giving us the distance of an omnipresent spectator. For the path it chooses to take, the flow of Arma’s mix is very pleasant and smooth, one might even say natural. This selection seems reminiscent of Edouard Vuillard’s “The Green Interior or Figure in front of a Window with Drawn Curtains” - the vaguely oriental, yet unplaceable setting; the loneliness of the figure and the mild greenish lighting all bring to mind Arma’s curious geographies.

Arma Agharta on the mix:

This is the 2nd mix I’ve ever done. I decided to devote it to Japanese music, cause it made a big influence on how I feel sound in general. First influences were mostly japanoise, later - weird, but not so noisy stuff. Here I have chosen some known and almost unknown artists. I tried to avoid very big names in order to give space for outsiders. One third of the mix is from CDs that I got trading by mail. Some of them were released in very small editions, so there is very little information about them. The other part is just recent discoveries via the internet. The name of the mix is “The letter L”, because this letter is hard to pronounce for Japanese people and for me it was always a wonder.