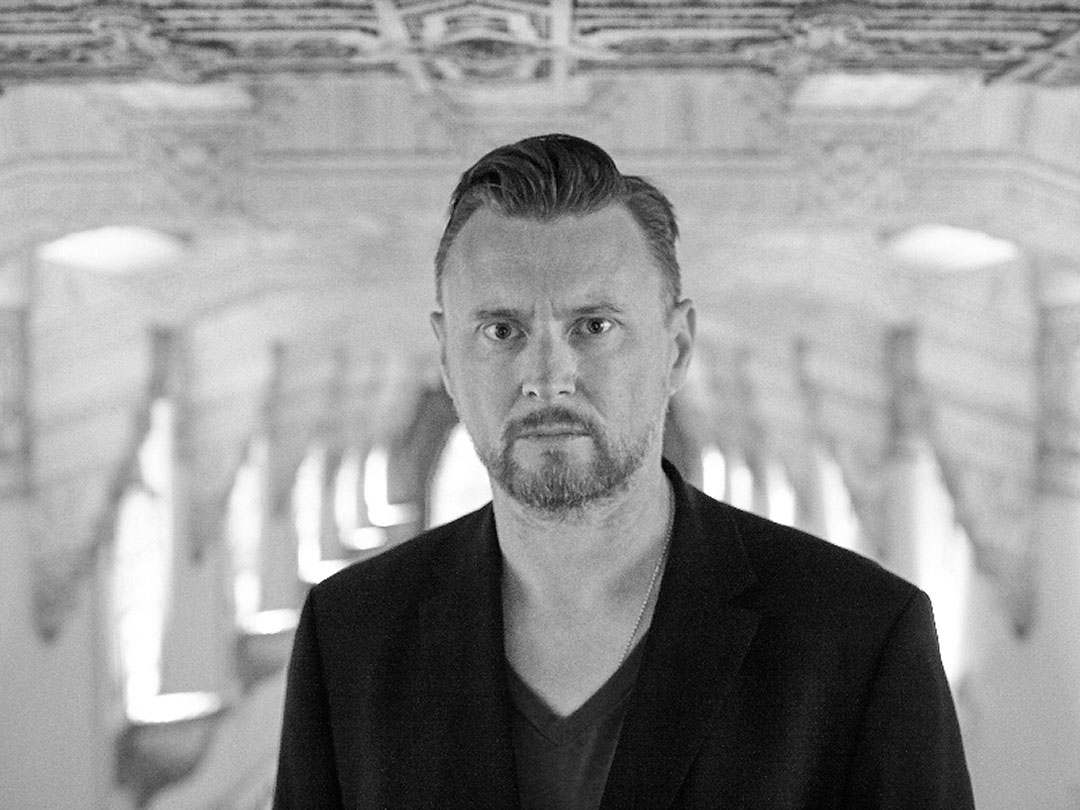 Rhys Fulber of Front Line Assembly and Conjure One crafts a mix showing the vast array of influences - from Perc to Arvo Pärt - that has shaped his music. [social_warfare]

Rhys Fulber is perhaps best known for being an integral part of Front Line Assembly - one of the most important projects for EBM/industrial sound and one that there is probably no need to elaborate on. What a lot of people aren’t aware of, however, is that Rhys is a sort of grey cardinal of industrialised music, particularly on the metal side of the scene. He has had his hand in so many familiar tracks by bands of such high renown as Fear Factory, Mindless Self Indulgence, Paradise Lost and many more. Before May of this year, his solo career has mostly consisted of his ambient project Conjure One, but this is now far from being the case, because this year saw the release of Realism on Adam X’s Sonic Groove. Rhys decided to put his own name on this record with good reason - it showcases a lot of what has made his music career, finally in crystal clear form. These EBM/techno tracks are a testament to supreme production and composition skills, as well as brilliant attention to detail. Rarely does one come across a musical creation of such killer instinct and such a strong hypnotic element at the same time - hopefully we are witnessing a beautiful new beginning!

Secret Thirteen Mix 235 is an intense selection showcasing Rhys’s past and current influences. It constantly shifts between different rhythmic patterns, albeit maintaining a heavyweight pulse most of the time. There are also, however, beautiful traces of melancholy shining over the monolithic constructions, giving the mix more diverse tones. It is also a really pleasant surprise to find the beautiful “Summa For Choir” by Estonian composer Arvo Pärt, which is performed by the Lithuanian Jauna Muzika Choir. This subtle inclusion of Baltic subtlety creates a spiritual oasis within the mix. The selection starts off with the familiar dark-toned drones of Fennesz, while Mondkopf’s harsh-yet-mellow piece acts as a mid point on the way to more intense parts. Rhys does not include a lot of EBM tracks, but there are few from the more experimental and atmospheric fringes of the genre including, Cyflea Rated R by Severed Heads or The Plague by The Klinik. The mix reveals connections between various fundamental and even legendary electronic compositions of the last 3 decades, as well as the most important genres, such as techno, EBM and IDM. It is also a nice way to trace the parallel musical development of Rhys himself and the intensely epic Awakenings by his own Delerium project acts as nice finishing point. With its balance between structural rhythms, dense soundscapes, and emotional patterns the mix reminds Otto Freundlich monochrome abstract painting Komposition in Schwarz und Weiß. These elegant lines and monolithic forms are like the sequence of these tracks.