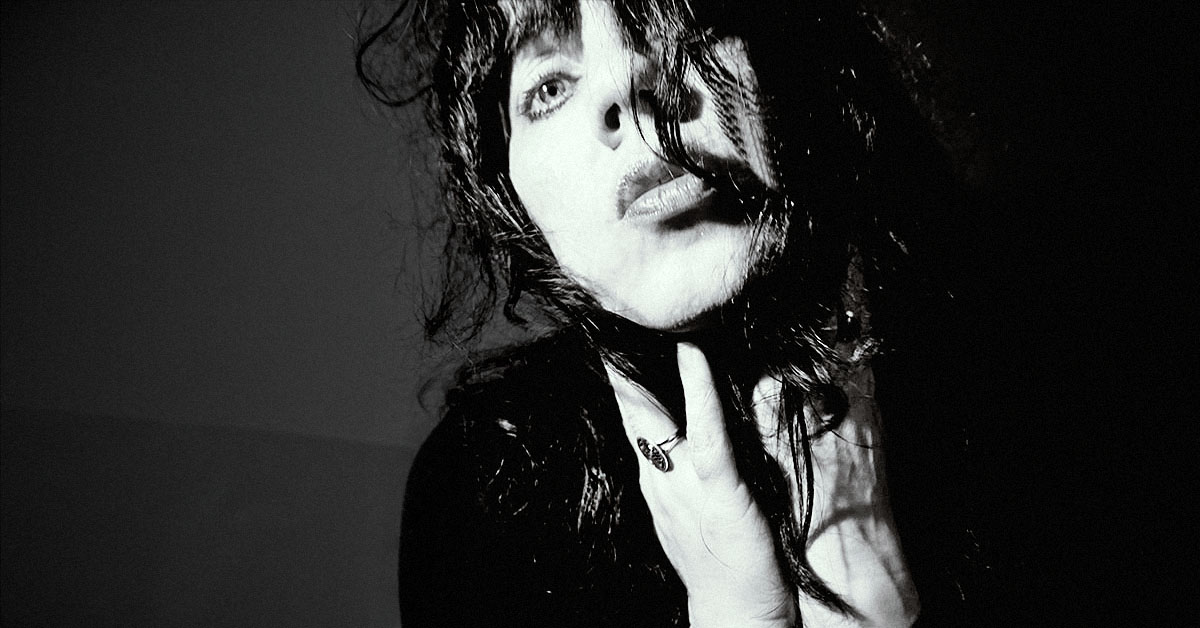 Beta Evers records a mix of harsh synths, heavy rhythmic patterns and noirish melancholia, focusing on her own projects and including some unreleased gems. [social_warfare]

Beta Evers is one of the many creative endeavours of German producer Brigitte Enzler. Under this particular moniker she crafts electrified darkwave cuts emanating elegant noirishness, melancholy and drifting dark emotionalism. The sharp synth lines and refined analog rhythms go together with her charmingly detached cold vocals and minimal melodic lines. Her EP “Eruption” recently repressed on Sonic Groove Experiments label could be a good starting point. Beta Evers’ creative background is vast and stretches across several genres. Black Spider Clan (her collab with Dystronic) is a dance-floor friendly amalgamation of angst pop, electroclash and darkwave dynamics, while Black Pond (a tandem with Jeff Gallea of the legendary new wavers Eleven Pond) leans more towards the darker side of new wave with more evident 80’s influences. Her strong sympathy towards Drexciyan electro and the heritage of Detroit are most evidently manifested in Zwischenwelt, the project also involving Gerald Donald. It’s haunted electro reminds the classic Detroitish sound if it was channeled via some spectral filter. Brigitte also elaborates her interest in EBM with the Radikale Analog Fraktion project… and so on. Apart from her many musical activities Brigitte is also known for establishing the Kommando 6 label and more recently starting the Bodyvolt and Venus Noir labels.

Secret Thirteen Mix 236 subtly captures many of Brigitte’s different sonic sensibilities in a mix of harsher synth sounds and softer melancholic undertones. Throughout its hourly length it maintains consistent buildups and alleviations, but never loses its grip of expressive and heavy rhythmic patterns. Quite a portion of the mix is composed of tracks from her own projects, including a couple of unreleased ones. It begins with a studio outtake and proceeds with a majestic electro track from Flying Bodies, Brigitte’s project with Charly Kent. Some classics are also here with the inclusion of two tracks from heavy industrialized EBM legends The Klinik. Towards the end, the selection enters a more contemplative mode with a dramatic slow-paced synth piece Veins by Naive. The cherry on top is a gorgeous take on Velvet Underground’s Venus in Furs by Black Pond. The slow synthetic ballad style suits this track really well and shows Lou Reed’s songwriting from a different angle. The mix ends on a refined note with an almost ambient piece by Beta Evers herself and Heinrich Muller. Vladimir Bocanic’s still from the light installation PLN 5 provides a nice visual accompaniment to the mix. The movement of its dim lights caught drifting across the dark surface represents the dynamic of the mix quite well. The image is also a superb example of ‘60s cyber art.