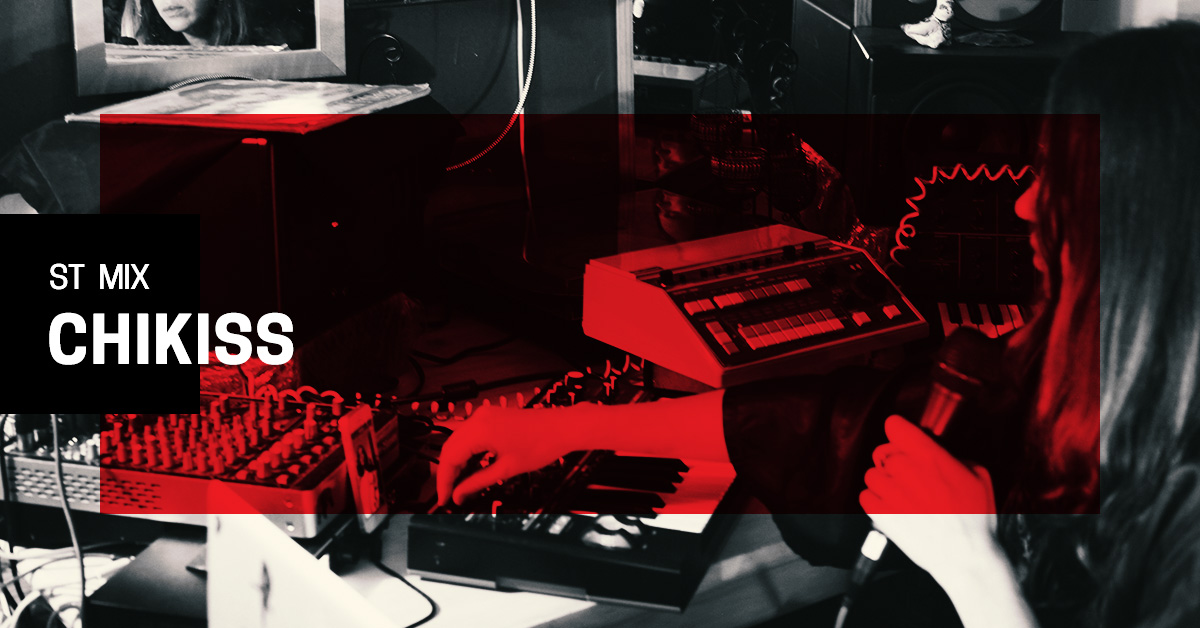 Chikiss goes back to her teenage years in the ‘90s and shares an eclectic mix of Russian and Belarusian music - full of surprises and interesting rarities. [social_warfare]

Chikiss is the moniker of Galina Ozeran, a Russian singer and producer, whose sound stands inbetween hazy synth, dense ethereal soundscapes and starry-eyed dream-pop. In her several tapes and digital releases, Galina merges spacious hypnotic pulsations with icy synths, unites lush melodicism with the melancholy reminiscent of Slavonic folk songs. However her most recent cassette, New Season released on Not Not Fun, is a more abstract and experimental affair than most of what she has done before. Among the brilliant manifestations of her melodic sensibilities, we hear passages reminiscent of the more atmospheric BBC Radiophonic Workshop recordings or Paper Dollhouse Moondome tape releases. Genre-wise it is also a diverse listen - there is tranquil cinematic ambience (“To The Sun”), lo-fi spectral house (“Melhior”), bright and breezy downtempo pop (“Heaven Is Within Us”) or rave hauntology (“Echo of Rave”). Another exciting outing was a tape by Video Salon, Chikiss’ collaborative project with Brian Pyle of Ensemble Economique. These tracks are based on thick noirish and cinematic soundscapes, with Galina’s voice floating. All these endeavours place Galina firmly on an exciting creative path.

Secret Thirteen Mix 245 is a another mix in our collection exploring sounds from the Russian-speaking world (next to Fanny Kaplan and Nite Fields selections). This time Chikiss dives into the vaults of ‘90s Russian/Belarusian music and digs up some eclectic sounds that inspired her during this period. It is therefore no wonder that it is a short, but very eclectic listen, illustrating the variety of genres that sprung out in the region after the fall of the iron curtain. It also illustrates the peculiar ways in which Russian artists embraced Western influences and merged them with local sensibilities. The artsy new wave of Nikolay Kopernik and the elegant punk of Zvuki Mu stand next to the kitschy space disco of Boris Deart, Auktyon’s acoustics or the ‘90s acid house of New Composers - an example of local artists trying to embrace the early Warp sound. All of this is a snapshot of the fruits of the then-emerging creative freedom. With it’s colorful density the mix reminds “Entwurf” by Samuel Buri. The mix broadcasts its idea in a sequence of contrasting tracks, which fit together to form a collage in a similar way to the elements of this painting.

“I have already made anthology mixtapes with Soviet and Post-soviet rare music: cinematical electronic of ‘60-’70s and later - ‘80s. Now it is the ‘90s. It is a period, which I already remember well, when the perestroika started and what happened after it - all this weird destructive, but at the same time interesting processes, how people got into an absolutely new model of life, got freedom of choice. Some could integrate quickly, especially the young generation, make a business and become successful, some couldn’t and struggled to survive, some even died. Big changes were happening in music as well - big influences from the West, first clubs, first raves… I grew up in Belarus, in Vitebsk. For me any information, new music was like a breath of fresh air...There is no specific musical style on this mixtape, it is very diverse - from underground/avant garde music, dance electronic to pop, on which I have grew up and it reflects a bit of its epoch. Some of the tracks still unreleased, like a track of the band “Raspilil i Vыbrosil” - they were like a Belarusian Mr. Bungle, but very original and cool. It is available only on a tape and I am glad to share it.I was lucky to be in their concert, when i was 14.”