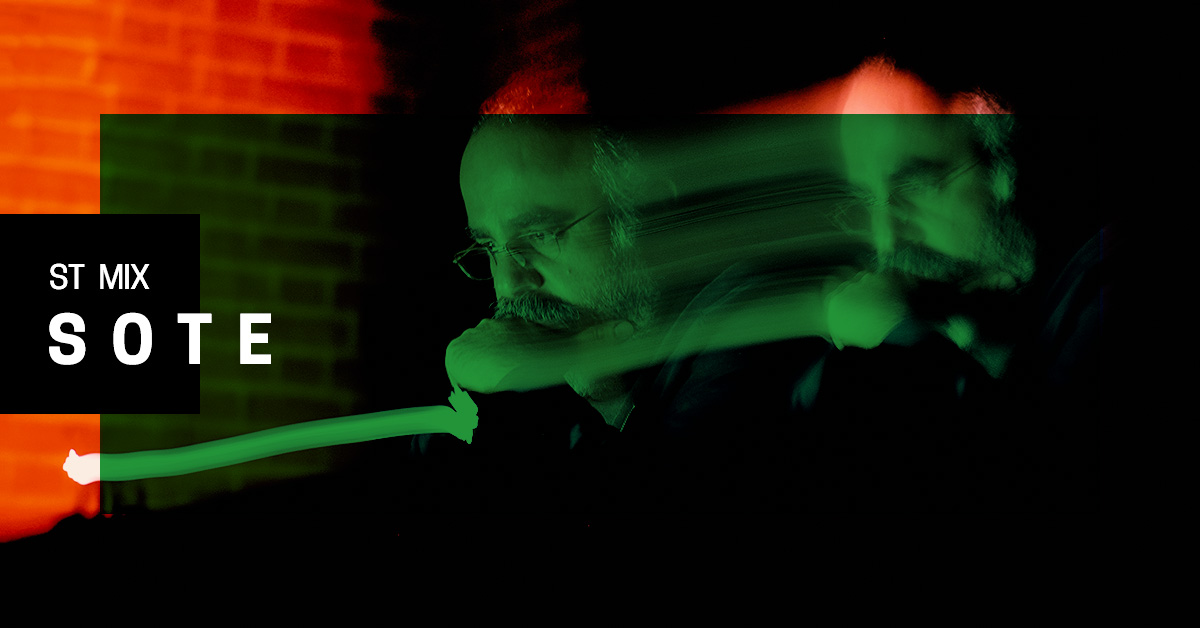 Sote is a name uttered often in the world of the electronic avant-garde nowadays. Many new fans, however, may be surprised to learn that the Iranian Ata Ebtekar has been inventing and reimagining electronic (and folk) music for more than two decades now. There are at least two distinct overarching flavours to his output - pure synthetics and experimentation with electroacoustics/Persian folk. Sote's synthetic side is heard prominently on his dancefloor oriented EPs and singles on Warp, Repitch and others, as well as on the far more abstract Architectonic LP (Morphine Records) or Hardcore Sounds From Tehran released by Opal Tapes. Meanwhile, his latest release, Sacred Horror In Design, is an example of his other area of interest. This is an album that combines electronics with traditional instruments to create sounds with an air of alien divinity - grand and uncanny. Ata has taught computer music and sound design, and has been otherwise involved in the academic realm of music. Thus it is perhaps no wonder that his compositions radiate the sort of sonic intelligence that requires a great deal of meticulousness and vision. At the same time his sound can feel unapproachable and abrasive due to its overall cold, digital feel, or due to various unorthodox (yet obviously conscious) decisions he makes, such as creating the illusion that his tracks sound too loud even at low volume.

Secret Thirteen Mix 250 is a collection that Sote refers to as Enhanced Iranian Traditional Soundscapes and Mutant Persian Folk Music. It consists of pieces he composed over the past couple of decades, reshaped through various synthesis and electro-acoustic techniques. The acoustic Iranian instruments heard are the santour (Persian hammered dulcimer) played by Arash Bolouri, the tar (Persian long-necked lute) played by Pouya Damadi, and the setar played by Behrouz Pashaei.

Sote’s mix feels almost operatic - the various elements of the music are at once in concert and disagreement with each other, producing a brittle, agonistic kind of harmony. There are moments of extreme intensity, as well as moments of sublime calm. Each is an ornate, unique miniature - an unfamiliar vehicle carrying recognizable moods. It is remarkable that a combination of aesthetics so exogenous to each other does not destroy either one. At no point do Sote’s compositions feel like the sum of two things - it is a singularity housing ancient mysteries as well as futuristic architectures. Listening to this brought to mind the films of Sergei Parajanov, and it seems fitting to illustrate the mix with one of his artworks, the sketch of a “Muse” for The Colour Of Pomegranate. Parajanov’s ability to create objects belonging to an alternative past echoes some of Sote’s work, including the music on this compilation.