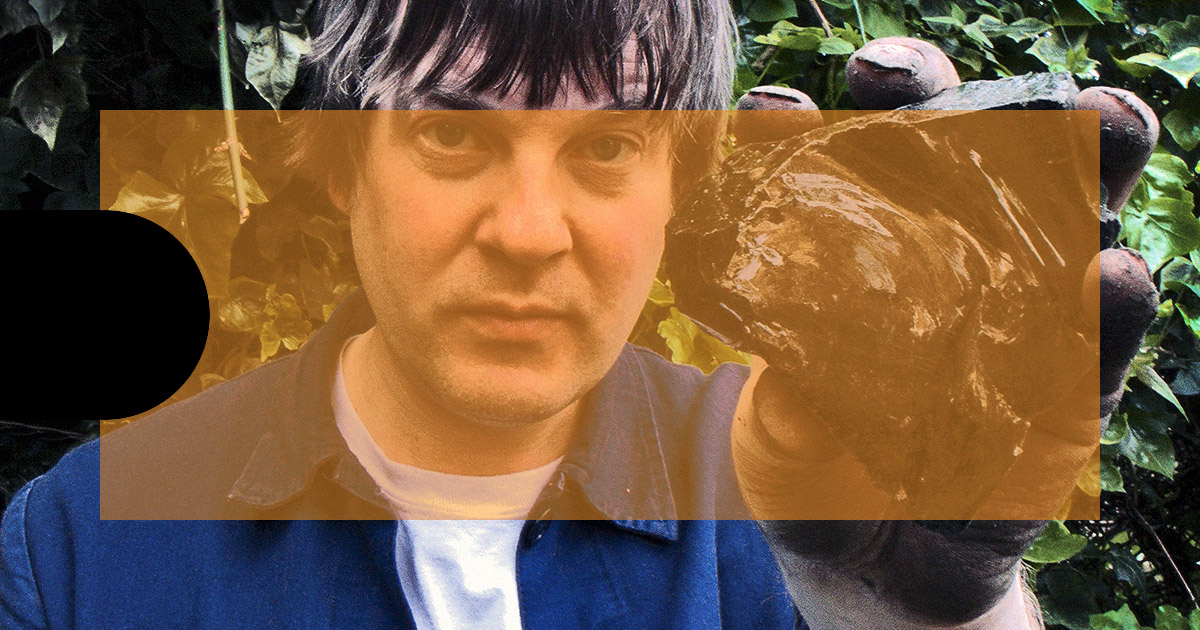 Alexander Tucker is a musician from Kent, UK, known not only for his brilliant solo material, but also for his involvement in the elegant psych/pop duo Grumbling Fur (with Daniel O’Sullivan) and Imbogodom (with Daniel Beban). Alexander’s output dwells on the thin line between the English psychedelic folk tradition, lush ambient pastoralia, UK hauntology, and the BBC Radiophonic Workshop. The latter is most explicitly felt in Imbogodom’s BBC Bush House album trilogy recorded in this legendary former BBC World Service building (now occupied by King’s College London). Fusing sounds obtained from the building with some truly immersive and hypnotic songcraft, the duo shape a unique world evoking the ghosts of the radio and the building’s rich history. Alexander’s solo albums present a wide array of narratives embedded in a delicate fusion of hazy experimental chamber pop, spacious harmonies, sensitive melodicism and folk psychedelia. His 2011 Dorwytch LP released by Thrill Jockey investigated mundanity and otherworldliness, and with its blissful moods brought to mind the gorgeous vastness of the British landscape. Just a few weeks ago, Tucker released Don’t Look Away, an excellent record, which immediately goes to this year’s list of favorites. By further polishing his songwriting he created an album bristling with cosmic lyrical narratives, sonic warmth and, again, a good dose of otherworldliness.

Secret Thirteen Mix 265 is called “Origin Synthesis Mix” and showcases some of the aspects that make the music of Alexander Tucker so magical. It moves between abstract acoustic compositions (the beautiful 4th world wanderings of Richard Horowitz), blissed-out tunes (the dream pop melancholia of Clear Horizon), or more rugged sound textures (the heavyweight piece by The Bug vs. Earth). However, the selection never loses a trippy feel and maintains a wide range of adventurous sonic techniques with which this feel is created, be it organic walls of sound or the minimal analog playfulness of Zomes. The mix travels with wave-like dynamics and every twist surprises the listener with a distinct pattern, as if he or she travelled in a mesmeric green maze of sounds or some gorgeous if alien landscape. Most of the artists included in this mix operate on genric fringes and some of them are a bit underrated (e.g. the before mentioned Clear Horizon duo) or rediscovered recently (e.g. Richard Horowitz with the excellent Freedom to Spend re-release). Thus the mix will not only provide you with an interesting array of emotions, but will also serve as a source of discoveries.

Alexander on the mix:

“I’ve chosen artists who take their music through a process and journey of manipulation, be it analogue or digital. They transform their original source material, decaying and regrowing sound, where ideas and words are moulded into new shapes and forms. I wanted the mix to bring together elements of modern deconstructive and constructive music whilst combining mangled electronics, processed acoustic elements, warped songwriting, and contemporary outsider composition.”