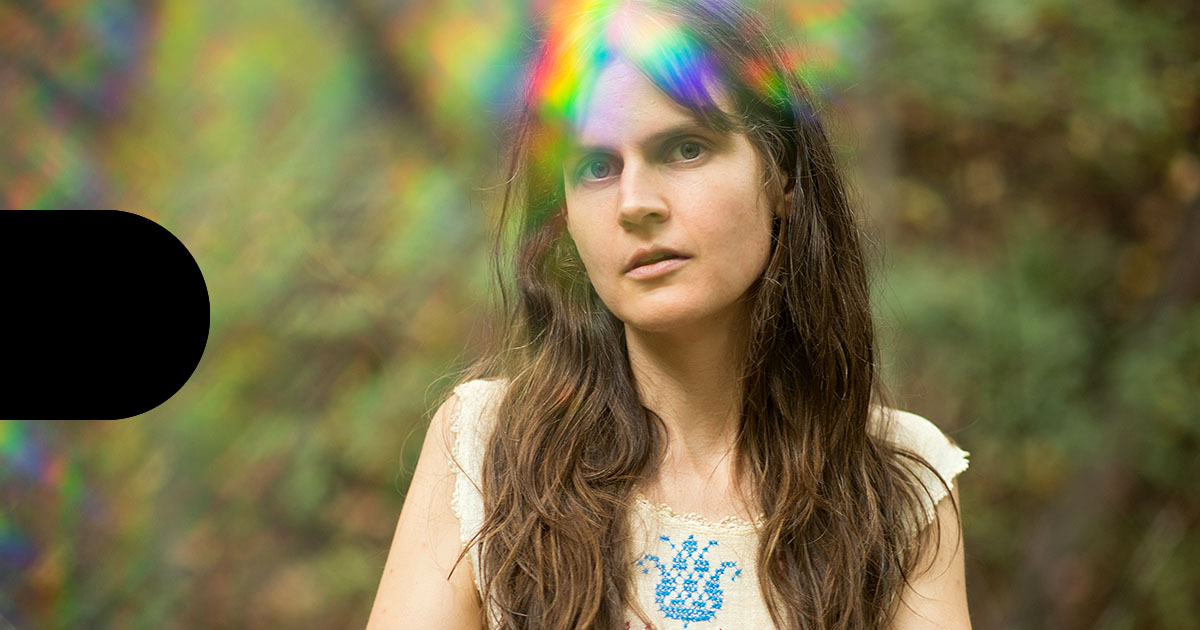 Experimental singer/songwriter Sarah Louise of Thrill Jockey weaves a blissful and vivid mix exploring the influence of traditional music on the avant-garde.

Sarah Louise is a singer/songwriter from Asheville, North Carolina, USA. Her experimental-minded magical tapestries of blissful folk brilliance encompass a wide array of influences and sonic traditions. Sarah’s compositions strike a balance between complex fingerpicking and a minimal, unmediated approach of traditional Appalachian balladry. The latter is more thoroughly explored in her project House and Land with Sally Anne Morgan. With its expansive, abstract compositions, Sarah’s 2015’s album Field Guide was an instrumental meditation on nature. In its adventurous concept and organic touch it reminded the works of such landscape-exploring labels as Folklore Tapes or Clay Pipe Music. Last year saw the release of Deeper Woods, a more personal affair, where for the first time Sarah’s voice took the lead and guided us across the psychedelia-infused soundscapes of deep and dreamy folk. It is a dense and complicated record, merging the topics of nature and feminism. Her freshest offering, Nighttime Birds and Morning Stars comes out this week on Thrill Jockey and marks another interesting turn in Sarah’s discography. It introduces the influences of spiritual jazz, contemporary classical and new age into her oeuvre. The album sounds like an imaginary collaboration between Azimuth and Robbie Basho. Its vast sonic spaces are very accurately reflected in the title and remind that sublime gradual transition from night to morning and vice versa.

Secret Thirteen Mix 278 explores most of these varied influences behind Sarah’s kaleidoscopic sound. The range of artists here is as diverse and carefully picked as every single note in her multilayered compositions. The elegant chamber swings and deeply emotional energy of Arthur Russell and Allen Ginsberg’s collab Ballad of the Lights starts the narrative, which is later taken over by gems ranging from the lush minimalist sax wanderings of Terry Riley to the sharp and polished widescreen sounds of Jon Hopkins, the ecstatic and spiritual sounds of Alice Coltrane or the touching improvisatory harmonies of Tashi Dorji. The mix blossoms with its lively sonic palette and vividly bright moods, inviting us to dig even deeper into Sarah’s rich artistic world.

Sarah on the mix:

“I want to show connections across genres with this mix and highlight the way traditional music, including Appalachian, has influenced the avant-garde. This includes a mashup of Jean Ritchie and Laurie Spiegel, which to my excitement went together perfectly. I also showcase some of my favourite psychedelic rock that uses repetition and organic structures, influenced by folk music and minimalism, which itself evolved out of embracing traditional styles from around the world. The mix also includes some spiritual jazz, which explored many of these ideas first and best. Trance states, connection to the earth, and playing freely while deeply embedded in the moment: this is what I want to share.“