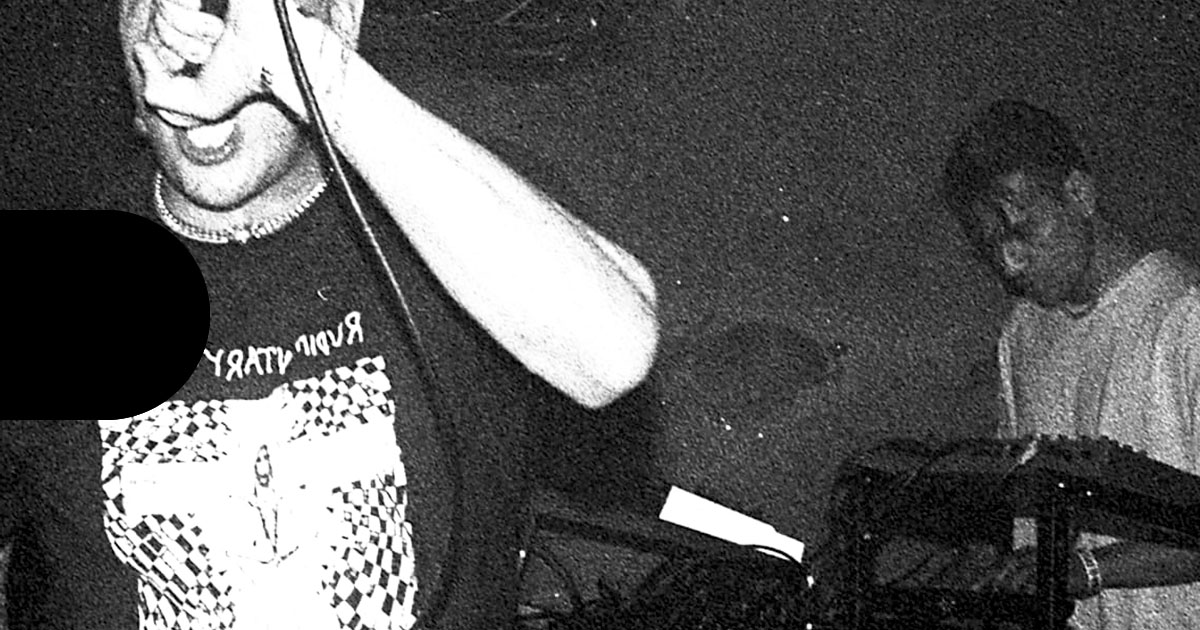 “Photosynthetic” is a tremendously corrosive "8 inch vinyl Single by Volition Immanent that will quench anyone’s thirst for punk behavior and industrial muscle.

One year has passed since Volition Immanent had their eponymous album released on Mind Records. This time, the proto-tech punk duo consisting of Parrish Smith and Mark Knekelhuis return to the same label with a killer two-track EP. “Photosynthetic” will see the light of day next 25th March both on vinyl 8” and digital.

As short as intense, the two pieces could remind us of acts from the early post-industrial movement, EBM or post-punk. In fact, both tracks would fit in well in any of Trevor Jackson’s highly-regarded compilations. Starting the fire with a shotgun sound, “Whiteboy” is an obscure journey where metallic snares and slow-pace circular rhythms co-exist surrounded by gloomy layers and raging vocals. Recorded live at De School Amsterdam, “Photosynthetic” —the track— proves how the duo skillfully manage to turn a venue into a dungeon. A dungeon that is built upon their wise use of analog sound and misty soundscapes, and the remarkably punkish behavior they display.

With an offering that lies midway between punk, electro and industrial, Volition Immanent underline that machine, muscle and hate is not a slogan of the past, but a timeless and instinctively appealing formula. A recipe with clearly-defined ingredients that, when properly cooked, result in an unbeatable dish. Then, if you add a good deal of anger and darkness… Well, then you will have “Photosynthetic” by Volition Immanent.

Volition Immanent is a part of Shape platform.