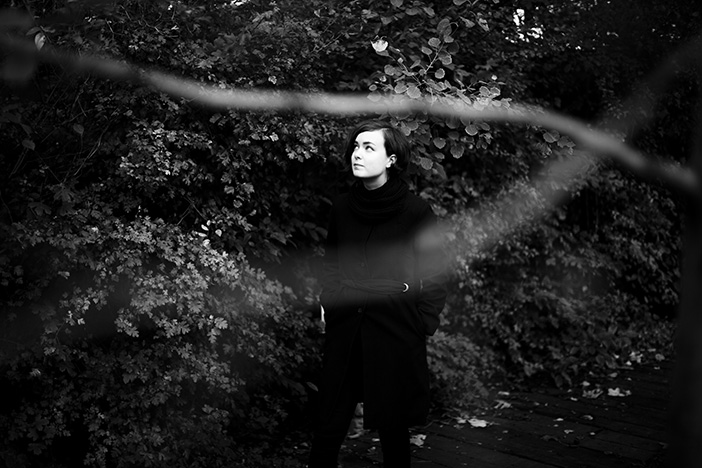 In this interview for Secret Thirteen Klara Lewis talks about capturing environmental sounds and emotions to shape her vivid and organic sound.

Klara Lewis reveals her creative process, early musical background and inspirations in this interview before her show at Semibreve festival.

Klara Lewis is a Swedish composer born in 1993 and the daughter of Graham Lewis of Wire and Dome. “ETT”, which was released last year by Editions Mego, has been one of the most acclaimed albums of 2014. The 12” “Msuic” EP released on Peder Mannerfelt’s label was also an excellent piece of work. Intense, emotional and instinctive, her crafting style and personal sound have their roots in an ongoing contact with music, to the point of it being a natural element of her life.

Secret Thirteen has had the pleasure to chat with her just some days before her awaited live show at Semibreve festival. She talked about her compositional approach, inspiration, sound sculpting and projects. Here is the outcome:

Armando Valdés: I have read that you composed your first track when you were thirteen.

AV: Where does your interest for experimental electronic music come from?

KL: Well, first of all I grew up in a home where there was a lot of experimental music around all the time. My mum was a promoter and booker. She had a music club. And my father is a musician, so I always had a special cultural atmosphere around me. But I guess my first influences were James Brown, The Knife, Aphex Twin, Portishead and Tricky, and that kind of thing.

AV: You are a relatively young artist but with an already impressive portfolio, was it difficult to make a name for yourself in the world of experimental music? What were the main challenges you faced at the beginning?

KL: I guess my perspective was a bit different because I'd always discussed music with my father and mother. My father played his new material to me and asked me what I thought about it, what I liked and what I didn't like. So I kinda knew what I liked. So when I started making music myself, it was pretty straightforward. I just started building things and followed my instinct. And I also tried to work with pretty lo-fi stuff. It does not have to be super advanced or complicated. It is more about finding the right tone and texture, the atmosphere.

The beginning was kinda strange because, as you mentioned earlier, I made my first track when I was 13 for a school project. Then, when I was 17, I made an EP that I self-released on Bandcamp. And after that I completed my first album, sent it to Editions Mego and they released it. Then it all went really quickly. With Mego I got attention right from the start basically. I got reviewed, and all of that. So I reckon it is an unusual way for things to go.

AV: Editions Mego has supported acts like LCC or Chra with their debut albums, and they are also quite impressive. You sent it to them?

KL: Yes, I just sent my album to Peter Rehberg, who has Editions Mego. He liked it and he released it. That was kinda simple. [laughs]. I just emailed it to him! Actually it was via Wetransfer. And that was that.

AV: Regarding your compositional approach, where do you find the inspiration to compose music?

KL: Well, I listen to all kinds of music, very mixed genres and stuff. I watch a lot of films and because of my technique being based in field recordings and sampling, I fundamentally find inspiration and material everywhere. It can be everyday sounds or tiny bits from a track or from a movie. And I start building from there. Inspiration can come from any kind of source. 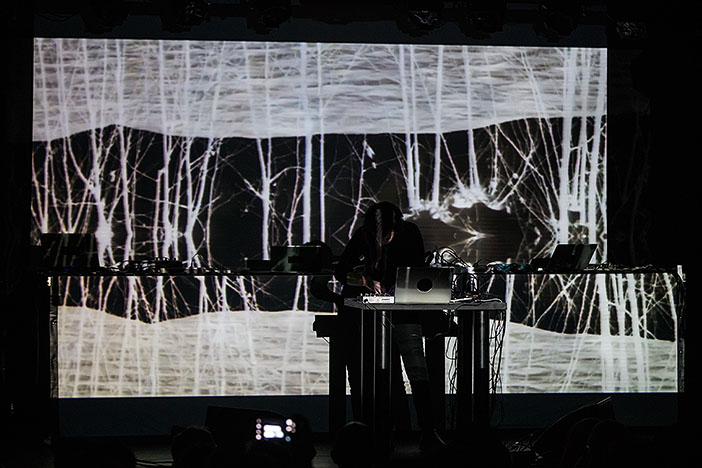 AV: John Cage once said: "Wherever we are, what we hear is mostly noise. When we ignore it, it disturbs us. But when we listen to it, we can find it fascinating".

KL: That's right. It is a matter of listening more actively. Then, you will find special sounds everywhere. It is like tones or texture that can remind me of some other instrument or something like that. And then I think: "Hey, I can use it in this or that track". I always try to bring my portable recording device with me and collect things wherever I am. It is in some sense like sound recycling: trying to use sounds that people otherwise might not notice or care about or value, and place them in a new context. Make something bigger.

AV: Do you have any preferences when it comes to the environments for your field recordings: cities, factories, nature…?

KL: It is any place really. It is households for sure. And of course if you go to buildings like factories or others, there are more sounds that in a way are more like a whole soundscape. It can be helpful if you are in a quiet environment and see what sounds you can find there, because then they kinda appear when you least expect them. It can also be like walking down the street. Ventilation systems, nature sounds obviously… And if you go to shops, freezers sound specially good. [laughs]. But I also use sampling a lot. It is not only field recordings.

AV: Do you feel deconstructing/constructing sounds is in a way similar to sculpting tangible material? Do you see yourself as a sound sculptor?

KL: Yes, I think so. Because I collect all these sounds and then I start re-modelling them and changing their shape and form, putting together all these small pieces. Yes, it is like creating a sculpture. Yes, definitely.

AV: “Ett” is a very diverse affair in terms of emotional content. We face very bright and dreamy moments like “Shine” or “Seascape” and darker moments in “Untitled” or “Muezzin”. What were the underlying emotions that guided you while making this record?

KL: To me the most interesting way to make music was to try to capture strong emotions and to make something engaging. Something that is easier to connect to than other experimental music. People think of ambient when they think of field recordings but I wanted to make something that is more physical, more cinematic. I wanted to create something engaging even if you are not an expert in experimental music. Anyone should be able to hear and feel something. Maybe they don't like it but feel something.

AV: I have heard that you are collaborating with Simon Fisher Turner and Rainer Lericolais. Why did you choose to score the silent film “Berlin: The Symphony of a Great City”?

KL: Well, they listened to something I did and invited me to be part of this project. I checked their work and I felt inspired and connected to what they do. I have never been part of a collaboration before, so I just thought it was an exciting thing to do. It has been great to work with this kind of soundtrack concept. In fact, I always loved listening to great soundtracks. And also to get to play with people live and improvise. It is so interesting to create this improvised soundtrack as a reaction to the images!

AV: Do you have any plans for the foreseeable future? Any gigs, touring, new works?

Yes, Newcastle, Cologne, Semibreve Festival, Madeira... And I am working on my new album right now. It will come out next year some time.

AV: So we'll keep the Secret…

AV: And an easy one. Any musical suggestions for Secret Thirteen readers?