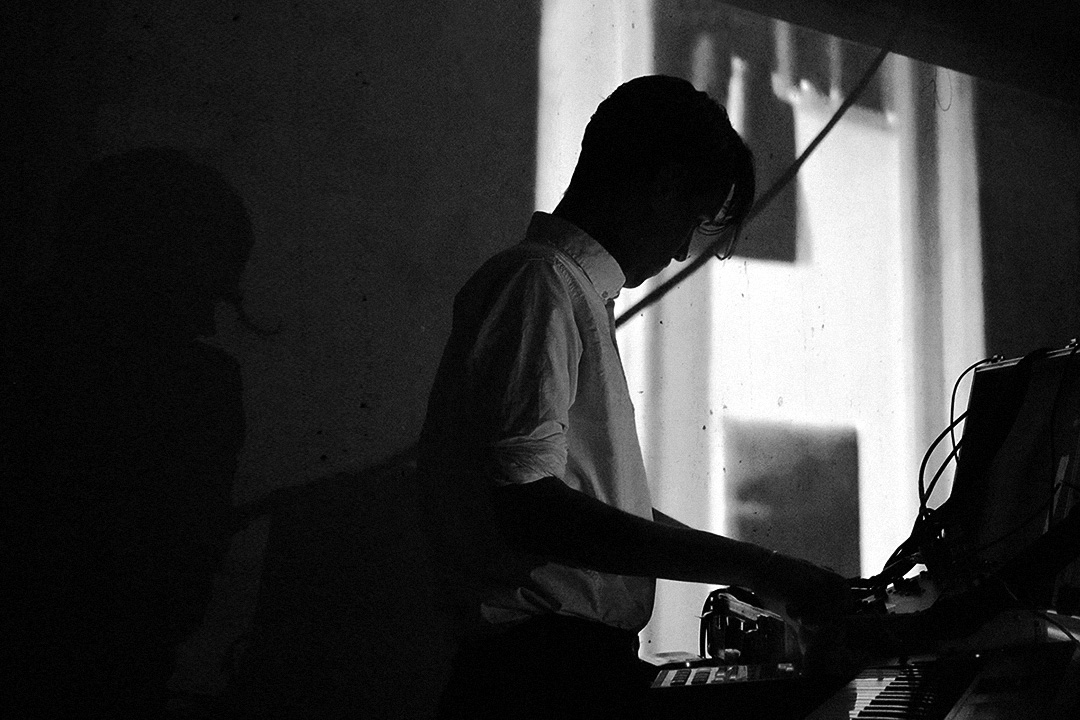 Loke Rahbek of Croatian Amor speaks about the nature of his sound, surrounding influences and his hometown Copenhagen.

Loke Rahbek probably needs no introduction or further elaborations for the majority of Secret Thirteen readers. Behind various guises and within different projects he consistently crafts enchanting soundscapes ranging from elegant noise outbursts to cold pop explorations or synth laden ambient suites. He always manages to find that right spot between the harshness of the industrial heritage and the haunted beauty of pop in a subtle way. Croatian Amor is the prime example of this coalescence. Through the dialogue between sensitive melodic lines and unhomely, yet strangely resonating atmospheres Loke channels this neon-lit world around us, filled with glittering airports, disorienting city lights, strange midnight encounters and constant uncertainty. It is like the a distant echoes of strobe-light filled surreal nightclubs fading into obscurity. Neurotic undercurrents and inner contemplations go together with hedonistic patterns.

Before the forthcoming live premiere of his new program - “Love Means Taking Action” - at Berlin Atonal festival, Loke agreed to shed some light on the various aspects behind this project and his creative motivations, how it started and evolved into what it is now.

Paulius Ilius: Love seems to be a recurring topic in world of Croatian Amor. It features in the project title, the name of the new track is “Love Means Taking Action”, one of the latest tracks was also named “Most Major Cities are Built on the Foundation of a Love Affair”, and there are other references. It appears in different forms and contexts. What does it mean to you and what does it represent in the context of the project? How do you see the role of real emotion/affection in the modern world?

Loke Rahbek: It’s an impossible question Paulius, at least for now. I guess you have one point though - I seem to be repeating myself. But with a subject as big as love maybe you can forgive me.

I was on a plane just now and I was listening to Kanye West’s “808s and Heartbreak”, for the first time and I got really into it. While I was listening, one of the airplane engines broke and we had to turn around and make an emergency landing back to Copenhagen and the whole plane was in panic and I didn’t realize it, because I had been playing music in my headphones so loudly. Birk from Vanessa Amara send me the MP3 a long time ago, proclaiming that it was a masterpiece. I never got around to listen to it before now. If it is a masterpiece I don’t know, but it did save me from joining the collective panic attack.

PI: In the Fact Mag interview you mentioned that the Croatian Amor project reflects our generation (information overdose, global travels, placelessness). It feels like a surreal collage dream, yet there is the utmost feel of melancholia and longing. Where does that feel come from? Is there a sense of loss or utopian nostalgia in Croatian Amor? If not, what is the primary emotion that triggers the mood you transmit?

LR: It is important for me to find something that is now to build narrative from. In some aspects it is a challenge, but it is also a lot more rewarding, when we can write a story that is our own. If I am to say something to feed into that machine, I think I have to somehow relate to the times I am living in. I think its an interesting one, we got completely new ways of interacting and communicating and they are fascinating to me. There is a lot of bad and a lot of good and it is all mixed up. I think the real world feels like a surreal collage dream a lot of the time.

The emotion, that is more difficult. I think to an extent when I make music the emotion is not often conscious. This is what the music ends up sounding like. I could wish for it to be less one sided honestly, but there seems to always be a certain mood that comes with. You never outdance your own shadow I suppose.

PI: I find Croatian Amor, Lust for Youth, Janushoved label productions and others to be an echo of romanticism in contemporary contexts. Romanticism is known for its escapism and rebellion, for seeking out new places and challenging the surrounding world. Do you have these motivations? Is creativity for you is a way to escape or reflect the surrounding world?

LR: To escape or reflect? I guess it is always a combination of the two. But I don’t think we should escape the world, rather I think art can be a transmitter, that can get us further and deeper into it. I have learned as much about living from art as I have from life in its more straightforward approach. It takes practice.

PI: How do you think Copenhagen as a city and the place you live and grew up in influenced the aesthetics of Croatian Amor and your other projects? What are the most remarkable and vivid memories relating to this place? Aside from its rich musical scene, how does the city itself, its places and surroundings inform the art you make and your personality?

LR: Copenhagen is my city, so of course it plays a part. I was biking to Posh Isolation the other day and got overwhelmed with the look of the city, there is a certain air and a certain light, you know, most places have their own signifiers and some take longer to find. I have lived for 27 years in Copenhagen and while I enjoy leaving a lot I am also always very happy to come back. There is a lot of water.

PI: Croatian Amor has been in existence for about five years now and your sound has become more mellow and refined over the years. How has the project changed in comparison to its roots and initial creative intention? How do other projects you are involved in influence CA?

LR: On really good days I have a feeling that I know what I want to do, on bad days I have no idea. Today is an in between day so I am not really sure. 5 years is a long time and there is a lot that I didn’t know how to do 5 years ago, there is a lot I don’t know how to do now, but I pick up things along the way. Of course all the different projects and the different personnel that goes with them feedback into each other just as how people that I know and people making music for Posh Isolation inspire me and teach me new things.

PI: Damien Dubrovnik live sets are very intense, expressive and emotional. What are Croatian Amor live shows like and what can we expect from your Berlin Atonal performance? What are the main challenges of transmitting the Croatian Amor sound live on stage? Is it a more introverted experience?

LR: At first I didn’t think it should be a live project at all. I think it works well in headphones and maybe it works best alone, like you say. But I think that it can work. There is a feeling of confidentiality that I would like for it to have, much like someone showing you a secret handshake. If that is possible to translate onto a big stage I am not sure. It feels like it has worked on some occasions and failed on others. We can be alone around people, I believe most know that feeling. Can we be together, when we are alone?

PI: In order to obtain the “Wild Palms” tape people had to send their naked selfies to you, which creates a very intimate relationship with the listener. Do you think about the potential addressee when you create? How is the feedback/emotional response important to you? What were the most pleasant/unpleasant reactions from the public that you have ever experienced?

LR: Of course I am interested in who is listening and I am still very interested in liquefying that relation, it is easier said than done. But I think that there is something in the artist/audience relation that needs fixing. Think about computer games, where the platform and plotline is directed, but how you get there is up to you. Roleplaying games are the same. I would be interested to see what happened with art if we moved a bit away from being “the artist” and a little closer to being a “game master”.

PI: Croatian Amor seems to be a more introverted and personal project than the others? Is that true?

LR: I see what you mean, but there is also something absurd about releasing and performing something and then claim that it is introverted. For it to work it needs to work inwards and outwards.

PI: What did the most cultural impact recently for you and how? What was the last time when you experienced a strong cultural experience (or even a shock)? Do you often find yourself excited/amazed by what is happening around?

LR: I am not sure what you mean by a cultural shock. I was in America last week and perhaps there is no place better for it, the culture shock is lurking on every corner.

PI: Your projects are very diverse, but there is always a strong sense of underlying subtlety, beauty, aesthetics. What is the most beautiful sound for you? What would be the symbol of beauty for you (not necessarily a physical beauty)?

LR: One symbol of beauty, that is a difficult question. A piece of furniture can be beautiful as can a violent orgasm. I would be sad to have to choose one and not have the other.