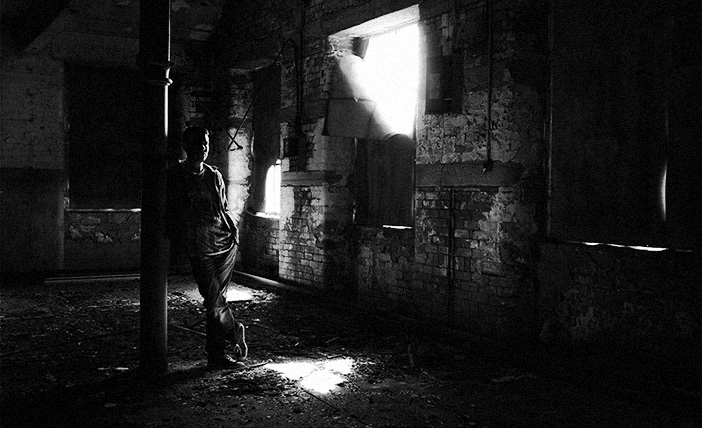 “Secret Thirteen Mix 036” is a sensuous and nebulous musical compilation that fulfills autumn with more nostalgic memories and harmless depression than colorful leaves and rain can bring. The selected music is chivalrous, emotionally powerful and liberal so it should find a straight way to every intellectual music lover's heart.

The author of the mix is Dennis Huddleston, widely known as 36 (pronounced three-six), ambient music artist and upholder from the United Kingdom. Officially started his career in 2009, Huddleston has published a great amount of self-released albums and EPs on his own imprint called 3six Recordings. Always luxurious limited physical editions and design aesthetics match with the quality of the music. Huddleston is developing liquid, hugely emotional loop-based compositions with particular emphasis on harmony and melancholy that is full of modern classical, drone and experimental sound motives. Huddleston has also recorded ambient mix for a respectable ASIP (A Strangely Isolated Place) platform.

“Secret Thirteen Mix 036” is a contemplative musical selection that leads to the essences of ambient and dub-techno music. Carefully crafted audio collage of twenty sonorous and expansive records mainly released in the twenty-first century. Notable musicians such as Biosphere, Tim Hecker, Burial, Deepchord, Stars Of The Lid, ASC and other talents occupy the progressively developing atmosphere. Two of 36's marvelous compositions are played as well. Selection is based on sublime and enigmatic ambience that floats on the occasionally emerging meditative rhythmics substructure. Viscous, profound and hypnotizing wholeness is full of oscillating micro-sounds and gently combined effects. There is no way back when you press the play button.

“Secret Thirteen Mix 036” is like a haunting René Magritte's surrealistic painting “The False Mirror” where representation of the human condition in the world shows his desire to understand the existence and to achieve lifetime ambitions.