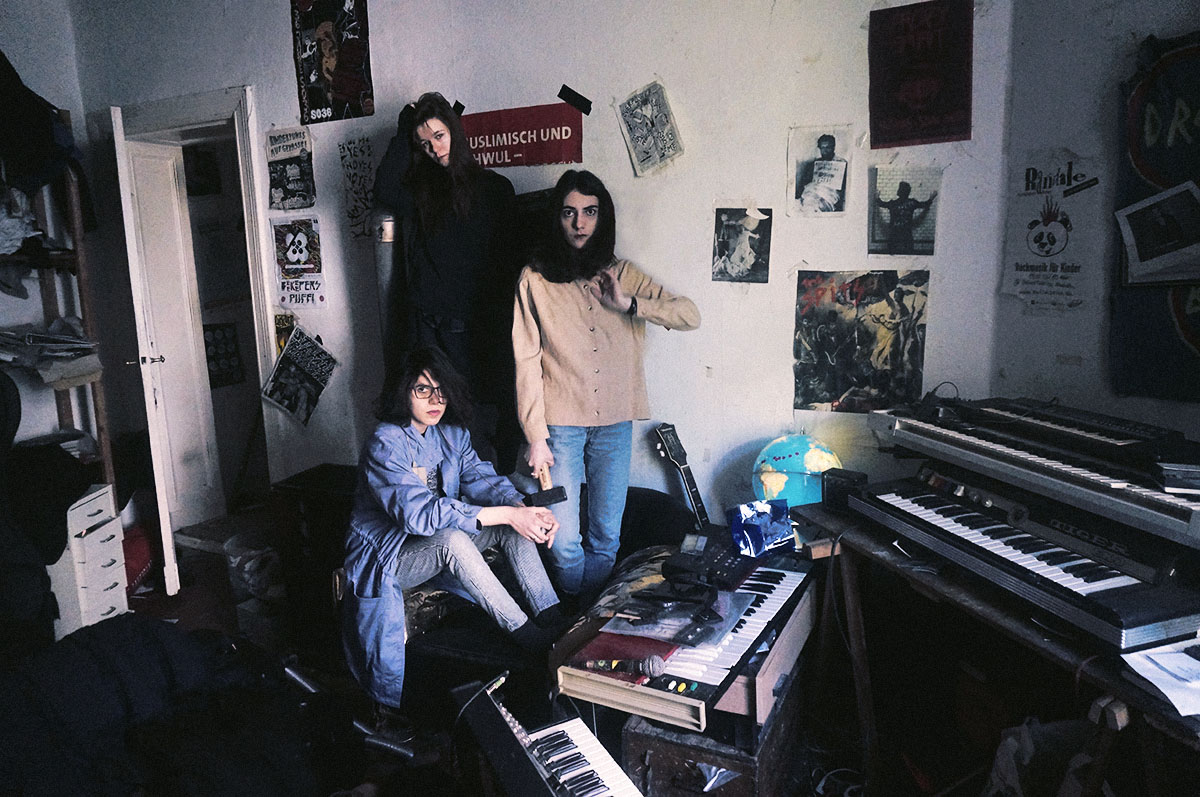 This Fanny Kaplan mix explores the grittier corners of the Russian avant/punk sound and the work of interwar period experimental composers.

Fanny Kaplan (Фанни Каплан) is a trio from Moscow, known for their raw lo-fi post punk - a bare and organic sound that sometimes approaches the fields of no wave or noise pop. The energy of their music is charming and unique - something that their Western counterparts lack. This aspect of Fanny Kaplan’s sound is very much present on their latest self-titled mini album released on Inflammable Material record label. It has the intense wilderness and rebellious nature of early punk, while at the same time retains the elegance of gloomy cold wave. The stiff drifting bass lines, shrieking, yet sensual and subtle vocals and minimal breezy synthlines create a mood, which is both tightly powerful and punchy, yet has some abstract depth and strange groove. Definitely one of the best things to come out of Russia’s (post) punk scene recently.

Secret Thirteen mix 224 continues the explorations of Eastern European avantgarde and alternative music started by the Nite Fields entry earlier in the series. While Nite Fields explored the more atmospheric side of it, Fanny Kaplan dives into the gritty and raw corners of (mostly) late ‘80s/early ‘90s avant/no wave/noise punk, and positions this music next to the works of Russian interwar composers as diverse as the mystic George Gurdjieff, futurist-pianist Alexander Mosolov, Russian “Silver Age” poet Aleksei Kruchenykh etc. This chronological approach reveals how sensibilities and moods of the music of the region transferred and (implicitly or explicitly) reacted to the surrounding sociopolitical zeitgeist. The mix also contains a metallic and industrial feel, enhanced by the constantly reccurring fragments of Arseny Avraamov’s “Symphony for the Factory Sirens” performed in 1922 in Baku by conducting military and industrial objects in the city. This frames the pieces into a single narrative, reminding us of the influence of industry in art. All of this stands next to unpolished and noisy punk cuts, harkening back to “kvartirnik” DIY culture. It is surprising to find an early track by the now widely acclaimed Russian songwriter Boris Grebenshchikov in its most stripped-down form. The mood transmitted is one that we can imagine to permeate some faraway Moscow suburb, where natural surroundings overlap with concrete cityscape layers.

After days of listening to this selection what comes to mind is the self-taught master Andre Lanskoy and his turbulent painting "Composition Sur Fond Rouge et Noir". In this particular work the artist incorporated abstract and art brut motives to achieve an exceptional result. Each of us has plenty of space to interpret all the unstoppable drama that is bubbling over the somber background. The recording from Fanny Kaplan - where rebellious temper erupts through anarchistic and even schizophrenic lyrics, as well as dirty lo-fi sound dynamics - are similar to Lanskoy's obscurely, yet vividly coloured scenes of everyday life. In a nutshell, it is a journey from weird lyrical figuration to informal abstraction that remind times of the true love and hatred of youth living under the iron curtain.