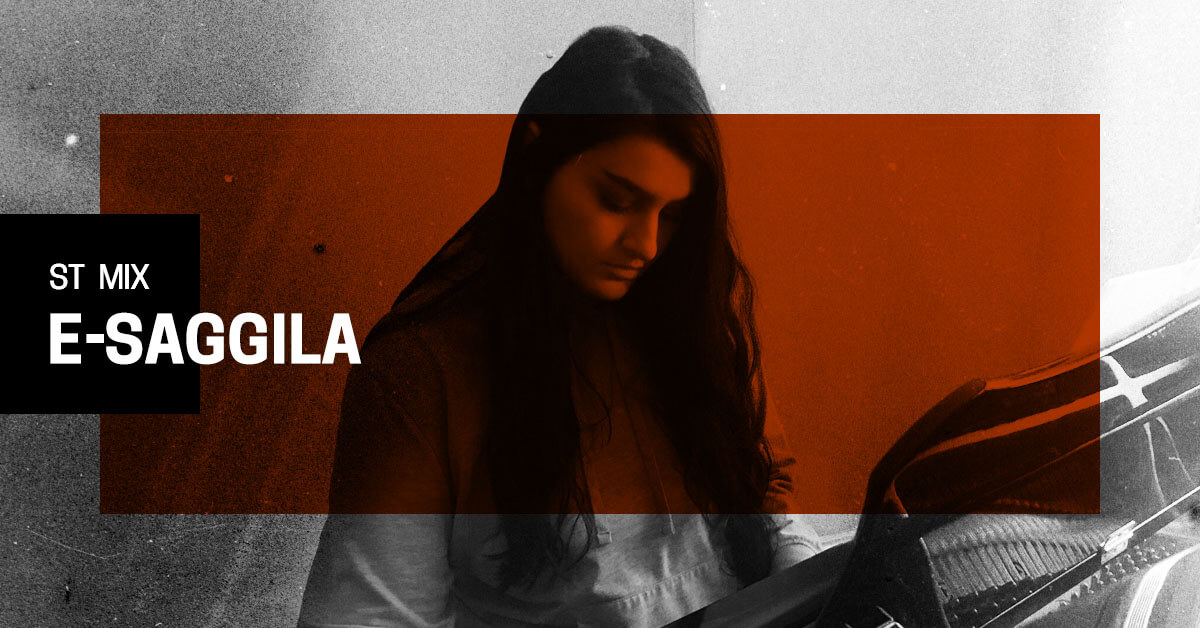 Rita Mikhael, aka E-Saggila of Summer Isle, records a deep and heavy mix of fresh, killer techno, hardcore and other shadowy jewels. [social_warfare]

E-Saggila is the main alias of Iraq-born, Toronto-based musician Rita Mikhael. Over the latter few years Rita’s project has grasped the attention of anyone in search of fresh takes on harsh dancefloor music. Her tape releases on Opal Tapes, Summer Isle (which she is the co-founder of) and a few others, are remarkable for their variety. They combine techno, rhythmic noise, hardcore and even dnb, but each of these elements is remade in E-Saggila’s own distinct image. This peculiar quality feels like something informed by the darker shades of noise and dark ambient, with rich distorted textures, ice-cold synths and cavernous echoes. E-Saggila has made a number tracks that are at once very aggressive in the beat section, and melodic or even mellow elsewhere - a very interesting state of comfort at carnage. Her latest record, Echo Strip, has just come out, and it certainly has some of her more intense stuff to date, including a really cool foray into hardcore with Through Concrete or into airy IDM with Vital.

Just under an hour long, Secret Thirteen Mix 252 by E-Saggila is a dense compilation of some of the freshest and most recent banging electronics. There’s no way to stumble into virtually any of this stuff - half of it can only be found in the dark nooks and crannies of Soundcloud or not even there. This is a hard one - the first half especially is full of massive techno beats and ominous melodies, abrasive, industrialized hardcore, manic bubblegum gabba, mutated grime and rap forms put through a dozen injections of speed straight into the eyeball, and other fascinating post-modern travesties. In the second part the mix slows down its pace and invites the listener to go deeper into a number of different landscapes, some grim, others inexplicable, most built on full-bodied bassy textures. E-Saggila finally lets us go at what seems to be the deepest point of the mix, thus enhancing the impact of every moment in the lead up. This is a heavy and an extremely dynamic mix, full of soft curves, sharp angles, and half-shapes with a mind of their own. In that sense it reminds Willem de Kooning’s Asheville. Let this one grip you hard!