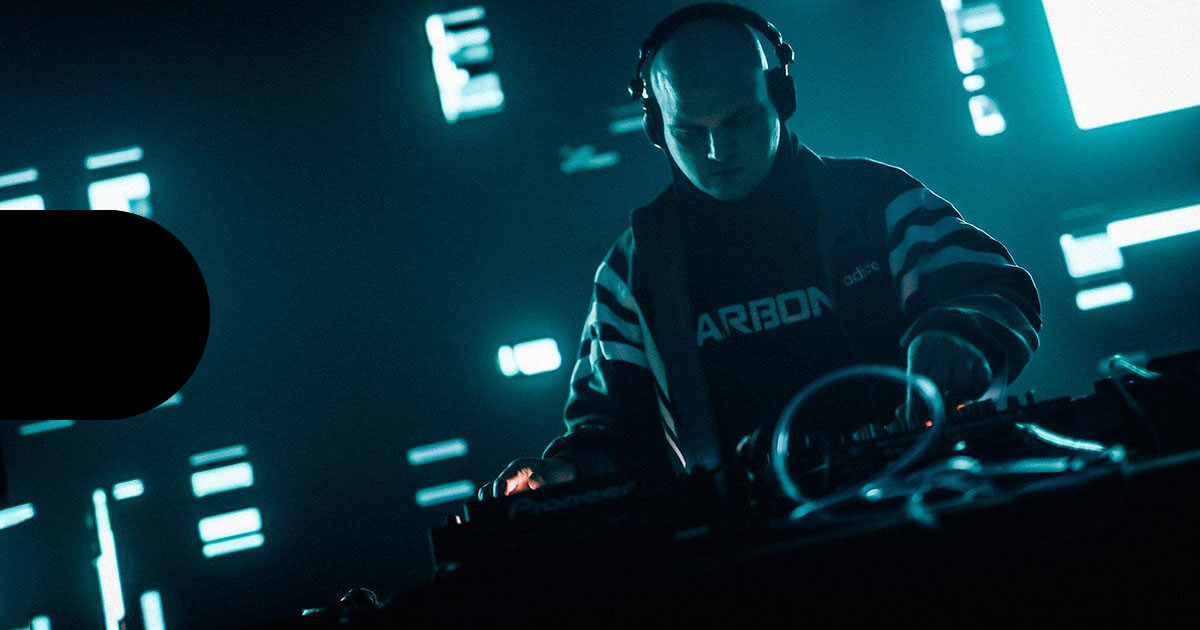 Cutting-edge producer and our old friend D. Carbone delivers a banging, shape-shifting mix that will take you on a trip down the memory lane from ambient to hardcore.

If you read our journal, you are probably familiar with the work of Davide Carbone. The Italian born, Berlin-based artist is an integral part of the global electronic scene as a producer, label owner and innovator. His prolific output spans more than a decade and is very much shaped by an ambition to develop a close community as well as fresh and uncompromising sound. Most of Davide's labels – namely Repitch, 3TH, and Cosmo Rhythmatic – are a result of close collaboration with Ascion, Shapednoise, and Lucindo, aiming to create a legacy in form of a small, recognizable and carefully curated catalog of releases. Davide's own productions convey that same strong individual streak, evident in his two alter egos – D. Carbone and Honzo – and across various collaborations with Ascion, Shapednoise, and AnD, as well as labels such as Innersurface Music, Ophism, Mord or Black Sun.

Davide's alter egos function as complementary manifestations of his rich inner world. D. Carbone's sound is defined by a smart combination of old school ethos rooted in 90s acid, rave, and current industrial techno, often reflecting social and political issues through an ongoing examination of club culture and its transformative power. Honzo, which debuted on our journal, is his noisier, darker and more introverted side exploring paradoxes of the human condition. Both of these projects share an understated sensibility that resonates even through his rawest tracks. D. Carbone's latest LP „A.C.A.B.“, which recently came out on his solo imprint Carbone Records is a case in point. Consisting of 10 original tracks and 8 remixes by the likes of Falhaber, Noneoftheabove, Ryuji Takeuchi or WarinD, „A.C.A.B.“ is a frenetic yet elegant release that skillfully balances anguish, darkness, and pure aggression.

STM 294 is as bold and mind-bending as D. Carbone's productions. It's a showcase of his broad personal taste that stretches far beyond the dancefloor. The mix starts on a particularly moving note. „A Nation“ by Muslimgauze is soon infused with Tommy Four Seven's murky hit „Feed" and DJ Hell's 80s inspired monumental track „Germania“. First part of the mix mostly revisits bleaker, more futuristic sound spaces, wandering between ambient, noise, broken beats and the best of the modern experimental techno such as Lakker's rough emotional track „Discourage It All“ off of this year's „Época“ or Héctor Oaks' „Is Imminent“.

The pace is gradually picked up by Hardcore's 90s gem „I Like John “, and after that, it only gets more manic. D. Carbone keeps building tension on unpredictable array of acid, techno and hardcore tracks, including some of his own recent productions, such as bubbly banger „Comet“ or a bit more sinister „Particles of Desire“, throwing in Jeff Mills' classic „Java“ and some fresh VTSS and Manni Dee for a good measure.

The mood steadily shifts from euphoric to downright brutal with such astute subtlety that is rarely experienced with hard-hitting mixes. Each time you drift off for a moment, you are sure to find yourself in a completely different universe. There is something new to be discovered with each listen, and D. Carbone's sick edit of Bjork's „Declare Independence“ closing the mix is a cherry on top.

D. Carbone on the mix:

First of all, Secret Thirteen is my Favorite Podcast, as the Founder Justinas knows.

The podcast has the intention to explore my entire world, which is not limited to being just a raver. I’m passionate about all kinds of electronic music, although Rave is my favorite.

Throughout my career, I have been making and playing all sorts of electronic music while I was developing my style. I grew up surrounded with more House sounds as Rave and Techno were almost killed by the cops in Italy…But then with a lot of research and with the beginning of my travels, I started to find my style more and more.

The set is almost 2 hours long and it starts from more ambient music to broken beats, passing through Techno and ending with more Hardcore Rave. What I wanted to show with this podcast is that nothing is important except the music itself. The speed range goes from 80 to 160, in a mixture of old and new songs dating from 1988 to nowadays, and it contains a lot of genres and influences that shaped me. I have included some tracks out of my recent releases and an edit I have done of my favorite Bjork song…

Now sit back, relax and enjoy this trip from peace to Hardcore...