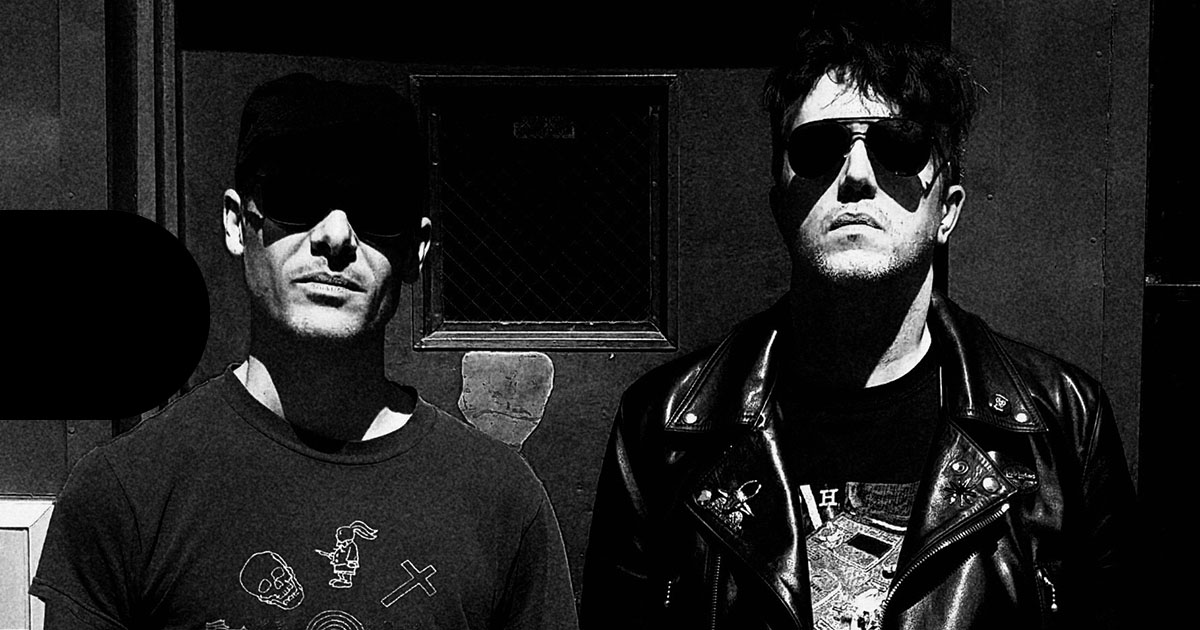 O/H (Ontario Hospital) is a duo consisting of Dave Foster and Richard Oddie, two artists that have greatly influenced the course of underground electronic music in the past few decades. While Foster's projects Teste, Perceptrons and Huren consistently changed the perception of how techno could sound, infusing it with immediacy and violent bareness of industrial and noise, Oddie's work, both solo and with Orphx or Oureboros, took a more refined, but equally experimental direction, evolving from rhythmic noise to disturbing, harshly rich and ominous forms of techno. O/H merges artists' distinctive styles and similar roots in a restive combo of sleazy industrial, EBM, boundless exploration and vicious spoken word that confronts the ugliest realities of human existence. Like their individual projects, O/H is always expanding. Last year's Market Values release on Ron Morelli's L.I.E.S. brought even grittier textures and vocal variations, as well as a ludic note to their social commentary that also stretches to this peculiar mix they have composed for our listening (dis)pleasure.

STM 295 eschews the usual rules of structure, resulting in a collage of impressions and sonic scenes rather than a classic electronic mix, which only makes it more thrilling. O/H themselves described this piece as „a third-generation mixtape of teenage dreams and nightmares“, and for a good reason. Its atmosphere almost recreates the experience of watching Greg Araki's early 90s Teenage Apocalypse Trilogy, or the cruelty of some other cult classics that examine the dramatic, honest vulnerability of (juvenile) rage and isolation in a senseless, fucked up world through suitably extreme and idiosyncratic aesthetics. The mix itself opens with the „See You In Pittsburg“ excerpt from Videodrome and continues with scenes from The Driller Killer, The Shining, Blue Velvet, Persona and Cannibal Holocaust emerging between the cracks of some equally dirty, emotionally charged music.

Although many of the featured tracks date from the 80s and 90s, their warped arrangement and interaction with film excerpts creates the impression of a spaced-out, vivid narrative that doesn't belong to any specific period: the world was always like this. Just like there was music that could confront, unmask or obscure it – from Totalitär's frantic thrashing to Ice-T's verbose assaults or sheer raw darkness of Nurse With Wound that appear in an irregular sequence through the first half of the mix.

The second part of the mix is a bit more fluid. The Calico Wall's psychotic confession „I'm A Living Sickness“ blends with The Klinik's „Cold As Ice“, continuing with piercing noise of SPK and Maska Genetik's severe yet hypnotic track „Erste Stunde“. There are many more classics worth mentioning, like GZA, Mayhem or Haus Arafna fusing with „Asylum“ by 70s punk band Crass for a furious battle cry closing the mix. With STM 295, O/H once again unearth the anesthesia of the current, where the world is observed and consumed through the screen, and contrast it with an oversaturated image of its own monstrosity. The results truly are thrilling.