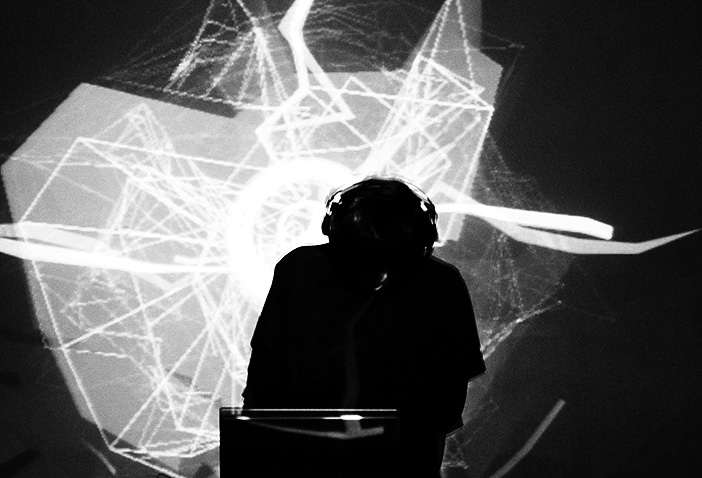 “Secret Thirteen Mix 061” is a deliberately measured, powerful and live recorded audio selection that connects 20 locomotive tracks by such influential techno artists as Xhin, Emptyset, Ancient Methods, Cassegrain and others. The mix consists personal creations and even 7 of them are still unreleased and never published before. Solid sounding expression is an absolute guarantee to every music lover who seeks for exclusiveness, originality and high-quality.

The author of the mix is Yu Miyashita (b. 1984), publicly known as Yaporigami, a Japanese electronic music artist divide time between Brighton, United Kingdom and Yamanashi, Japan. Active since 2006, Miyashita has already released a bunch of outstanding records on Japanese labels such as +Mus, Hz-records. Miyashita has played at probably the most notable Tokyo underground places starting with Womb, Super Deluxe and finishing with Dommune and there is no doubt that he has gained a lot of experience and musical knowledge there. He creates a beat orientated music that focuses on using mutated micro-sampled sounds, various glitch modulations and various energetic rhythm patterns. While generating his collage compositions Miyashita also runs his own label called vvhy. It is important to mention that Miyashita is a mixing and mastering engineer at studio Underarrow. This fact reveals why his sound is so clear, rich and in excellent quality. Secret Thirteen journal strongly suggests to keep an ear on this growing techno/IDM music personality keen to bring our readers some proper production.

“Secret Thirteen Mix 061” is a dynamic and chivalrous mix that shows some profound techno gems at their best. The basis stand on the constantly rolling architectural rhythmics, artificial and wisely encoded melodic arrangement, thoughtfully programmed modulations. Each track is relevant, but at the same time subtly different by their texture, sophistication, complexity, stereo image, etc. In this mix every attentive listener can experience a mood related to lofts and underground clubs that have a wide, deep and lush sounding. Each Yaporigami's touch to effect block, work with another technological sources that help to deconstruct and in someway remix played music, create a brilliant vitality. Accurate, stable and deliberate work with DJ mixer creates a smooth development of tracks that have enough space to expand and even subtly unfold in this complex wholeness. Skillfully produced and played records, innovative view to DJ-ing and efficient sound intention should enrich even diehard dance music critic's library. It is also perfect for those who want to 'break' their legs while listening or to create an impressive party at their home or office.

“Secret Thirteen Mix 061” is like an extraordinary Joan Miró abstract art painting “The Song of the Vowels” where symbolic reductions of the flexible and unexamined forms create a thrilling fiction of existentialism. These controversial interpretations that vary among the agility, simplicity, joy, whimsical charm and nightmarish distortions undoubtedly mirror the versatility, intensity and profundity of Yaporigami's mix. This recording somehow reflects author's recent influences and a current constant stylistic mutation and renewal of techno scene.