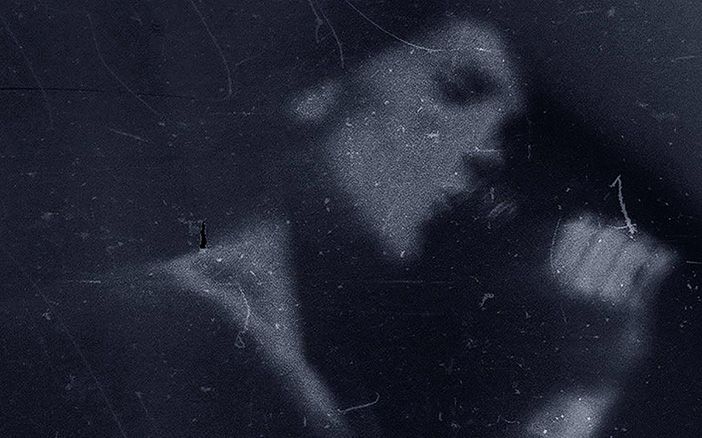 A contemplative and profound mix by AVaspo connecting various forms of sound poetry and experimentations.

The author of the mix is AVaspo (a venomous audiovisual poetry snake), an audiovisual project based in Vilnius, Lithuania. Core members of this project are poet, playwright and performer Gabrielė Labanauskaitė-Diena and composer, drummer, Labanauskaitė’s husband Vladas Dieninis. The project also unites a few more talented musicians and is frequently cooperating with different artists (modern dance troupes, VJs, fashion designers etc.). In the late 2000s AVaspo began experimenting with visuals, sound and immediately started performing at the local contemporary art and literature festivals. In over than 5 years of productive explorations project has released a trilogy of conceptual albums “Nėra okeano”, “Niagara” and “Kraujuojantis Okeanas / Ocean is Bleeding” that were also accompanied by numerous of professional videos. The project avoids any stylistic frames in their imaginative, yet subtly confusing creations so the listener could hear an attentively developed palette of sounds ranging from diverse and obscure electronic to acoustic or rock music. AVaspo’s symbiotic poetry and musical experiments are balancing between theater, films and modern sound expression. Their latest collaboration with dance theatre “Airos” demonstrates their versatility, constantly growing quality of their performances and future intentions. It is important to mention that Labanauskaitė runs an annual multidisciplinary festival “TARP”, that significantly increased Lithuanian’s interest in modern poetry over the last years.

“Secret Thirteen Mix 098” is a contemplative and profound audio selection influenced by the harmony of art, visual fragments, texts, noise and silence that surrounds and stimulates AVaspo’s members everyday. According to the authors, it is like a sustained composition that should be perceived as a powerful sentence with all its complex grammar and punctuation. Therefore, effective pauses, emotional convulsions, expanding contradiction between topics and unexpected voyages are inherent for this cinematic recording. The period of sound poetry covered in this mix is rich with concrete examples of poetry, spoken-word, processed text architecture and multi-layer collages taken from random conversations or auto-responses. Apart from predominant voices, the basis of this mix stands on the cathedral type soundscapes, improvised formless percussions, occasionally appearing mutable rhythms and dramatic noises. The structural and emotional development of the narrative and the whole technical side is sensibly measured, carefully formed and expanded with a great devotion to achieve a high-quality product in all its aspects. Although the mix is slightly volatile, some records lightly resonate with each other if listen to them separately. However, the authors find neutral parts and connect them properly to maintain the overall sound. All the records in this mix were released in the last decade on such permanent labels as Gruenrekorder, Empreintes DIGITALes, Public Information and Rune Grammofon. This mix is a symbolic piece as AVaspo commemorates the 6th anniversary of the project.

“Secret Thirteen Mix 098” is like a mesmeric and wisely encoded Constantin Flondor’s op art painting “Undulatory Mirage” where thoughtfully shaped and distorted composition is suggestively shimmering and creating different abstract formations inside the observer’s mind until the hidden message about the objective comprehension of the world sharply penetrates the subconsciousness. Flondor’s didactic work, based on the convergence of art, nature and science indirectly mirrors AVaspo’s conceptual mix also manifesting purposeful thinking, methodical planning and research capabilities. The fact that both AVaspo core members are lecturers at Lithuanian Academy of Music and Theatre reveals their experience to educate and to inspire every inquisitive observer through different mediums. This mix is a clear example of their academic attitude. The authors invite everyone to walk around the urban jungle of forgotten texts, sonic fragments of human relations, the landscape of memory and various associations.