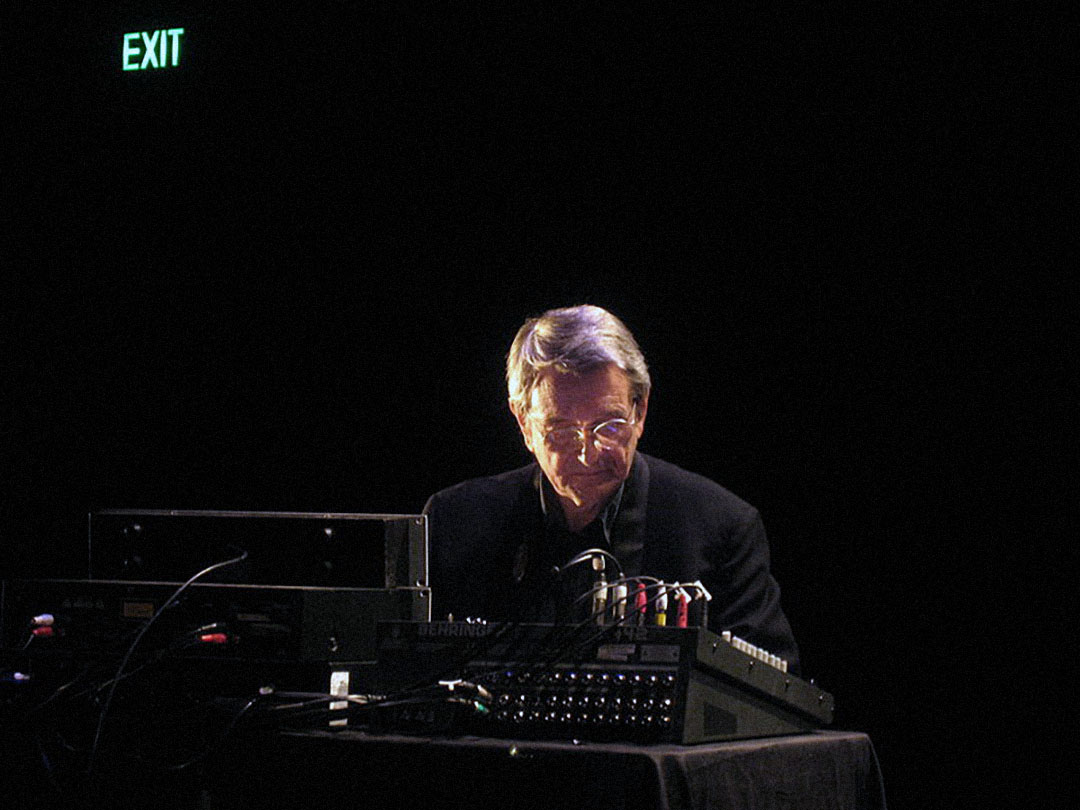 An intriguing and diverse mix by the distinguished German composer Asmus Tietchens, showing some of his all time favourite records from the last 6 decades (listen now)

The author of this mix is the legendary Asmus Tietchens (b. 1947), who also records under the Hematic Sunsets and Club of Rome monikers. He is a German composer of avant-garde music and co-runs the Kontakt Der Jünglinge project with prolific multimedia artist Thomas Köner. Tietchens became interested in experimental music and musique concrète as a child. He listened to German radio and heard pioneering electronic transmissions by the likes of Stockhausen and Gottfried Michael Koenig. Shortly after, in 1965, Tietchens began recording sound experiments with electronic musical instruments, synthesizers and tape loops. Tietchens has never had theoretical or practical musical training and achieved everything only because of his passionate interest in various musical structures and DIY principles. In the 1970s he met producer Okko Bekker and the two formed a decade-long partnership. After Tangerine Dream's Peter Baumann heard a tape of his work, he produced Tietchens' debut album Nachtstücke, released in 1980 on Sky Records. His early recordings feature more accessible synthesized music, but since Formen Letzer Hausmusik, his 1984 release for Nurse With Wound's label United Dairies, he began moving toward more abstract sound collages. Nowadays Tietchens specializes in irregular patterns of sonic abstractions that are suspended in gray drones to create cold textural voids from external references. Throughout the last 5 decades he released numerous records on such respectable labels as Sky Records, Staalplaat, Korm Plastics, Die Stadt, Line, Vinyl-on-demand and others. His music is often inspired by and refers to texts of the philosopher Emil Cioran. Tietchens has been teaching acoustics in the Hamburg University since 1990.

“Secret Thirteen Mix 113” is an intriguing and diverse audio selection that opens the doors of Asmus Tietchens musical library and presents some of the influential records that had an essential impact on his life and work. The mix will guide you through early electronic experimentations, contemporary or abstract compositions, groovy live rhythms, sound glitches, cathedral ambience and much more. It is like Georgia O'Keeffe’s abstract sculpture “Abstraction” that creates a nostalgic whirl somewhere deep in the subconsciousness, merging complex emotions, memories and future visions gradually to create total enlightenment.

"Charles Ives - Central Park In The Dark" - Composed nearly 100 years ago "Central Park" is one of the very earliest examples of collage music, 30 years before Pierre Schaeffer invented musique concrète. Of course "Central Park" was composed without any electronics, just conventional musical instruments.

"Link Wray And His Ray Men - Ace Of Spades" - Link Wray was one of the most radical and minimalistic Rock 'n Roll guitarists. "Ace of Spades" is from 1958 and was one of my early musical epiphanies as an 11 year old child. I'm still fascinated by Link Wray's timeless modernity.

"Sandy Nelson - Let There Be Drums" - Released 1961 this piece is one of the rare experiments at that time with overdubs (the drums) and strict reduction to rhythm.

"Jet Harris & Tony Meehan - Diamonds" - Also released in 1961, this rock piece not only has a beautiful melody but - much more importantly - a drum solo. Very unusual at that time (same as Sandy Nelson).

"Cluster - Sowiesoso" - I always disliked the so called "Krautrock" - too spacy, too trippy. Only Cluster (and a few others) recorded electronic music which was far away from such banal if not childish approaches.

"Oval - Textuell" - In the 90s Oval was one of the artists who founded a totally new era of (digital) electronic music. Highly abstract. Music for the 21st century.

"Kozo Inada - e[2]" - One of my favourites in recent micro electronic music.

"Carl Orff - Pater Peccavi" - An excerpt out of Orff's last work, "De finis temporum comoedia". It is one of Orff's most impressive compositions. Forget the "Carmina Burana" - they are simple pop songs. "Pater peccavi" is Orff's one and only piece in which he uses electronics.