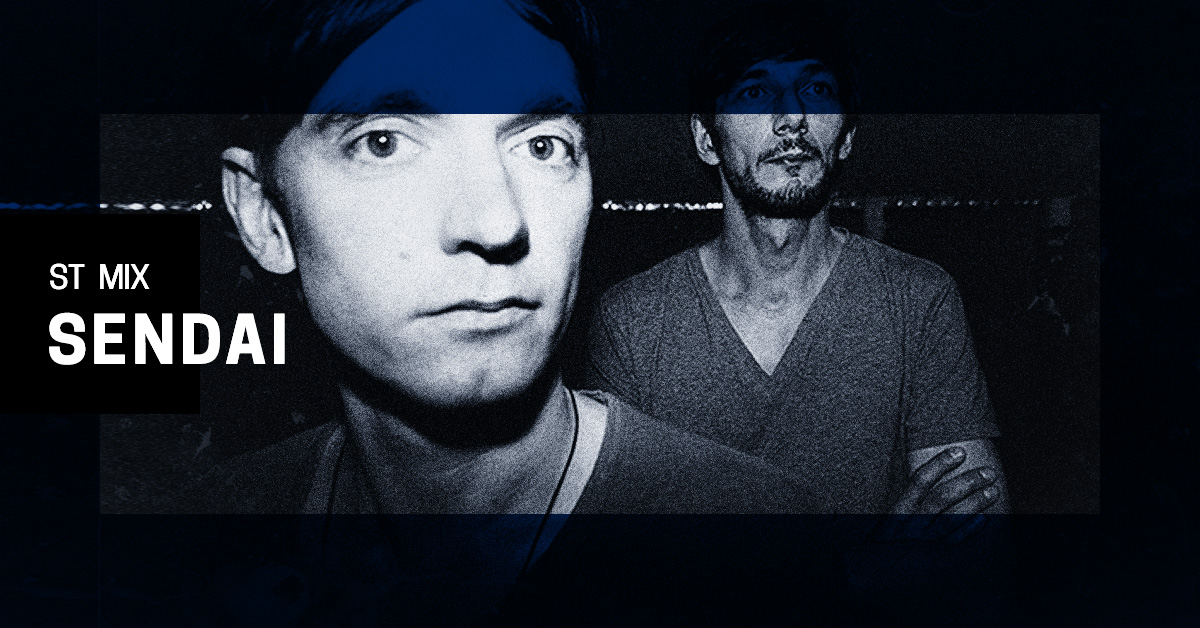 A masterful mix by Sendai, creating a symbiosis between various musical composition traditions, ideologies and levels of production quality. [social_warfare]

The authors of the mix are longtime friends Peter Van Hoesen and Yves De Mey, Belgian electronic music producers, DJs and sound sculptors residing between Antwerp and Berlin. Both artists have been running and expanding their successful solo projects, mostly oriented towards techno, since the ‘90s. Their records have been released on such notable labels as Tresor, Line, Modal Analysis, Opal Tapes and others. Van Hoesen and De Mey are interdisciplinary artists who have also composed for contemporary dance, theatre productions, as well as visual installations. Aside from their multitude of musical and cultural activities, they are also known together as Sendai - a project for the development and implementation of truly inventive sonic ideas. Throughout their short existence the project has released a critically acclaimed full-length album Geotope and 2 agile EPs on Van Hoesen’s Time To Express label. De Mey's knowledge of working with modular, vintage synthesizers and Van Hoesen's excellent digital composition and sound design skills allow them to create authentic and globally recognizable gems of music. Their production is rich with architectural beats, electrified cinematic soundscapes, various glitches and noise. Sendai’s second album, A Smaller Divide, will be released in March on their new experimental music imprint Archives Intérieures.

Secret Thirteen Mix 109 is a masterful collection, inhabited by a symbiosis of various musical composition traditions, ideologies and levels of production quality. The selection consists of 23 lasting and somewhat contrasting records that made an essential impact on the deep and dynamic sound of Sendai. The material of this mix was released between 1979 and 2014, yet on here it sounds like one sustained piece, clearly showing Van Hoesen and De Mey’s musical maturity, austere aesthetics, technical skills, and the fortitude of their selected concept. The whole elaborate compilation is like an extraordinary harmony which goes in circles and every time reveals something new, powerful and as of yet unnoticed. Fragments of techno, dark electro, ambient, acid and IDM are carefully merged together to form an original listening experience and to uncover new expressive sound structures. The admirably developed futuristic and contemporary musical background includes striking works by such great musicians as Front 242, Frank Zappa, Scanner, Gescom, TM404 and others. The mix also contains an unreleased recording by Van Hoesen and Rebecca Lenaerts and De Mey’s early work, Grayscale, which was created under his Eavesdropper alias. Vaporous soundscapes, diverse fuzzy loops, hollow and hypnotic beat patterns are only a few examples of what is covered within the eclectic surface of this mix. Moreover, the duo’s analytical precision in connecting tracks, delicate editing in live motion and precision of detail are quite similar to Gilbert Hsiao’s bizarre abstract work “Lucky Strike”. This is a sophisticated and inspiring recording that requires a high-fidelity sound system and the desire to study its complex and shimmering world of sound.