By Tadas Svencionis on 14 May ’17 Mixes, Secret Thirteen Mix 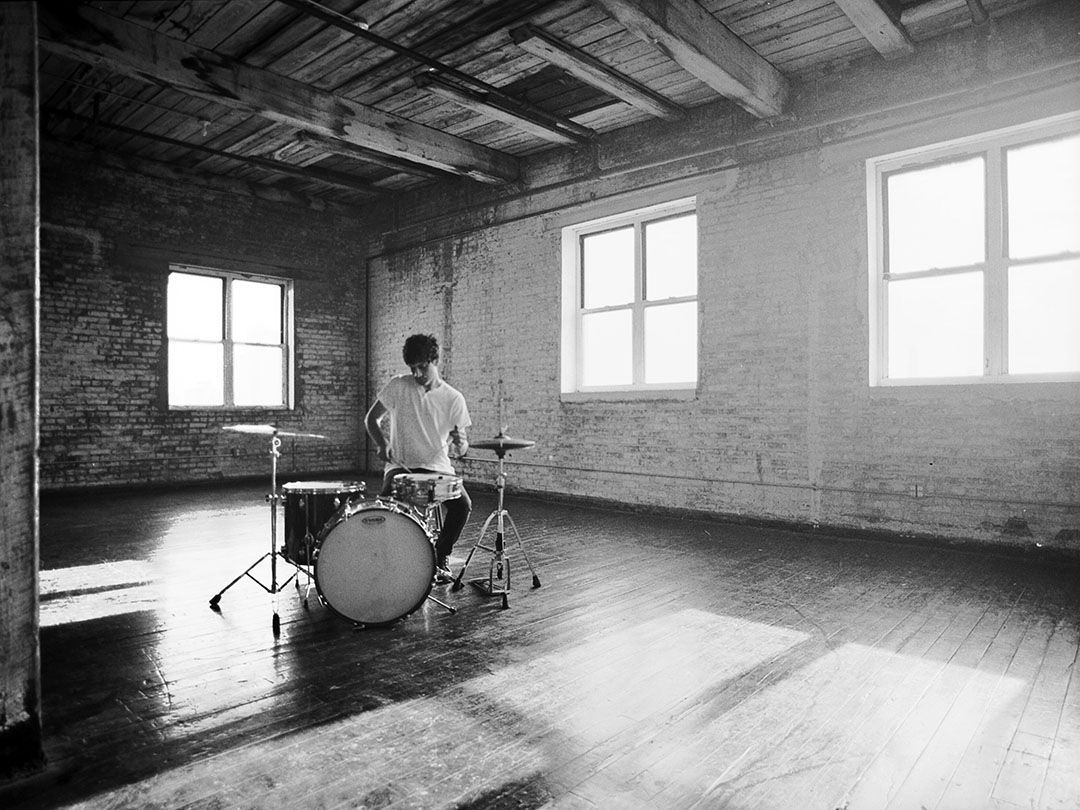 Eli Keszler is a New York-based composer, artist and multi-instrumentalist musician, known primarily for his experimental approach to percussion. Keszler has been around the scene for over a decade and throughout this period he has released a great number records both as a solo artist and in collaboration with such renowned artists as Oren Ambarchi, Keith Fullerton Whitman, Joe McPhee and quite a few others. His most recent release, Last Signs Of Speed, released on Empty Editions sees Keszler advance his creative research of the relation between sound and space in an unexpected and unique way informed by a number of gigs he played in club settings in Europe. The sound systems of such locations gave rise to a concoction that is at once chaotic and ordered, driven by a bassy, dub-like skeleton adorned with crystal clear, surgical percussion, as well as cinematic, mystery-filled atmospheres created using the celesta, electric piano and other instruments. His project on this particular recording has been compared to Rashad Becker’s music, which fills a narrow space between the club and the gallery - the two artists have collaborated on many live performances (and, we can only hope, will give us a record in the future). Keszler’s academic understanding of music allows him to break all the rules from a position of finesse, leading to a sound that is certainly like no other.

Secret Thirteen Mix 221 sees Eli Keszler exploring some of the same ideas that led to the creation of his latest record. It is a selection with a very particular mood and may perhaps also be described as a map outlining the various leanings and influences found in Keszler’s catalogue. Most of the tracks on this luminous collage are from the 60s-70s and belong to musical genres many will be surprised to hear on Secret Thirteen - dub reggae and contemporary jazz. Keszler paints a scene for us described in the following quote:

“A bargain! Sound of the man upstairs reading a paper (i.e., turning the pages). Everyone as they were. A red paint begins to run down around the walls from the attic. Coughing Upstairs.”
-Claes Oldenburg

The mix involves a significant amount of interplay between pieces, the mood of one track sneaking up on the other and causing a state of wondrous confusion. A good example of this can be found in Ornette Coleman’s “Skies Of America” overtaking Phil Ranelin, as if a glance at what is happening behind the half-closed curtain covering a neighbour’s apartment. This feeling of mystery is ingrained in the fabric of Keszler’s selection, but the overall feel is still rather bright and positive. This one is a must for those who enjoy the miniature detail and vital energy of organic compositions. Its play with space and architecture, as well as its crisp detail and puzzling mood are reminiscent of Carl Larsson’s “Brita’s Forty Winks”.