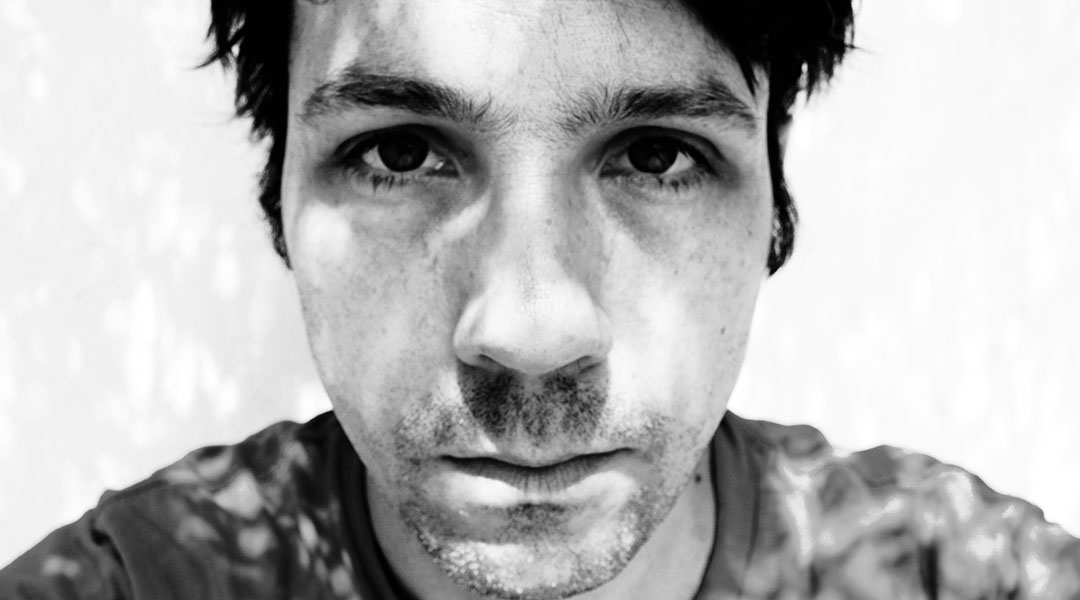 Dan Hayhurst of Sculpture crafted a mix ranging from early electronic mavericks to jazz and psych and reminding the duo’s playfully psychedelic works.

Sculpture is the duo of musician Dan Hayhurst who has also been involved in such krautish indie outfits as They Came From The Stars (I Saw Them), Electric Sound of Joy, and visual artist Reuben Sutherland who made music videos for such acts as The Doves and Royksopp and also works with Flying Nun Records. The duo combines tape loops and warm lo-fi textures with Reuben’s video art of rotating zoetropic prints vividly expanding on the wide screen in all their colorful psychedelic brilliance. This is also reflected on their animated picture vinyls released by Dekorder and Tapebox. Sculpture’s art is of a very immediate and improvisatory nature. Dan uses old equipment such as reel to reel machines and tape recorders to emit his playful and weirdly kaleidoscopic sounds, while Reuben employs a turntable to create lively visuals from prints projected on the screen. The extensive usage of analog techniques adds a soft and slightly nostalgic touch to their performances. They resemble an intensely colorful trip through some otherworldly TV transmission, where geometrical patterns, kaleidoscopic spirals and animated creatures shape immersive vortices. These visual forms go very well with Dan’s sonic pallette, which reminds the combination of library music merged with classic Ninja Tune style turntablism and infused with traces of hauntological aesthetics at their most playful. Their two LPs on Daniel Lopatin’s Software label could be a nice entry to their wicked soundworld. Dan’s recent album “Critter Party” released on LTR Records also reflects these sensibilities albeit in a more abstract form.

Secret Thirteen Mix 227 showcases the duo’s musical side and was assembled by Dan Hayhurst. It contains a lot of the features that could be found in Sculpture’s aesthetics. It starts with an immediate video reference - a piece by Steina and Woody Vasulka, early pioneers of video art. This in a way sets the tone for further listening. Further in the mix we meet Lillian Schwartz, whose neon-pixelated visuals remind Sculpture’s work in their tone and aesthetic approach. The selection constantly shifts between the harsher edges of pioneering electronic sonic forms and the softer sound pallette of folk or jazz. Hence the raw digital noise of one-bit electronics innovator Tristan Perich or Detroitish grooves of Rhythim Is Rhythim stand next to compositions by J.S. Bach, country soul singer Arthur Alexander, the sophisticated groove patterns of Miles Davis or Swiss organist Lionel Rogg. Throughout the mix we can spot the unifying traces between these diverse compositions as the whole selection has an overwhelming organic feel, enhanced further by the constantly resurfacing vinyl crackle. The best visual accompaniment for this mix would be “Corinti” by Carles Delclaux Is - it has a similar washed out mood and blurry contours, also it is very dynamic as these colorful forms seem to be caught in the middle of intense motion. Carles used handcraft materials (namely tapestry and fabric) to produce this artwork, which adds some warmth to it.

Sculpture will be performing live at Braillė Satellitė festival in Lithuania on July 21-23, where we will also be hosting our showcase.