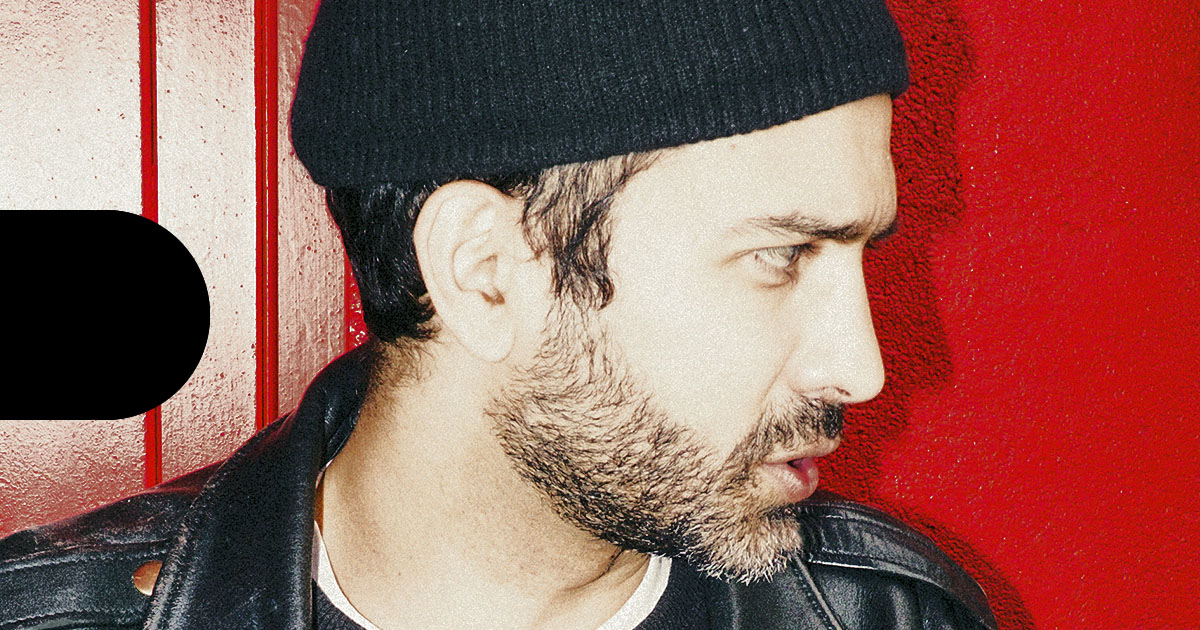 Ron Morelli, a producer and founder of L.I.E.S. records, crafts a spontaneous and diverse mix full of boundary breaking music from different eras.

Ron Morelli is a DJ and producer originally from Brooklyn, NY, known for running the influential L.I.E.S. (Long Island Electrical Systems) record label and its sublabel Russian Torrent Versions. A ‘90s vinyl-head, Morelli was working at the legendary East Village A-1 record store before starting what he does today. Besides releasing lots of interesting and diverse lo-fi techno, rougher house and acid music on his labels, he also creates under his own name and as part of collaborative projects, such as Ghost-202 (with Svengalisghost), Two Dogs in A House (with Jason Letkiewicz) and a few others. His own output balances between gritty house, sharp techno, industrial and noise. The latter part is especially elaborated in his recent album “A Gathering Together” (released on Hospital Records) - an abrasive and heavy sonic force full of distorted noisy textures, harsh dynamics and traces of deconstructed techno pulsations. It’s a great showcase of his diverse musical background, his adventurousness and experimentalism. The same can be said about this mix.

Secret Thirteen Mix 166 is an extensive collection of music coming from different eras - there are new tracks and old in genres ranging from minimal-wave to power electronics, industrial, illbient and more besides. Unlike Morelli’s early Boiler Room set, this is not a particularly danceable selection, but rather one that leans toward the experimental side of music. It’s spontaneous and very diverse, yet at the same time feels completely coherent throughout in both mood and sound. Certain sonic inclinations shine through most of the tracks on here: there are lots of very dirty synth lines, there is lo-fi production, and hypnotic repetition - all of which ties the mix together to a point where it almost seems like a colossal single-minded LP. Those seeking hysteria or drama will be sorely disappointed, because the emotional tone is subdued and there is a grimy elegance about everything that beckons to be delved into. It seems strange that a mix featuring artists such as Haus Arafna, The Klinik, or Blood Music can be calming, but in a strange way it is. The list goes through many ups and downs, including as much as five unreleased gems from L.I.E.S artists - Beau Wanzer, Inhalants, Florian Kupfer, NGLY, Nenad - and gently fades away with a combination of Dead Shall Have Not Died in Vain over Robert Ashley’s Purposeful Lady Slow Afternoon. An end you can’t argue with even though you’d want to.

Louis Soutter’s transcendental work “Lunes et petites lunes tournez”, which is described as one of the greatest pieces of outsider art (Art Brut), could stand as a fitting visual expression of Morelli’s abstract, mind-bending mix. In Soutter’s piece, the tremors of modernity and a strangely playful background full of singular moving objects, indirectly propose a broad and representative view of what true longevity, reality and creativity are. It is the same in Morelli’s mix, which is full of unexpected sound twists and surreal moods flowing from different decades and musical backgrounds, simply to form a final unique collage.