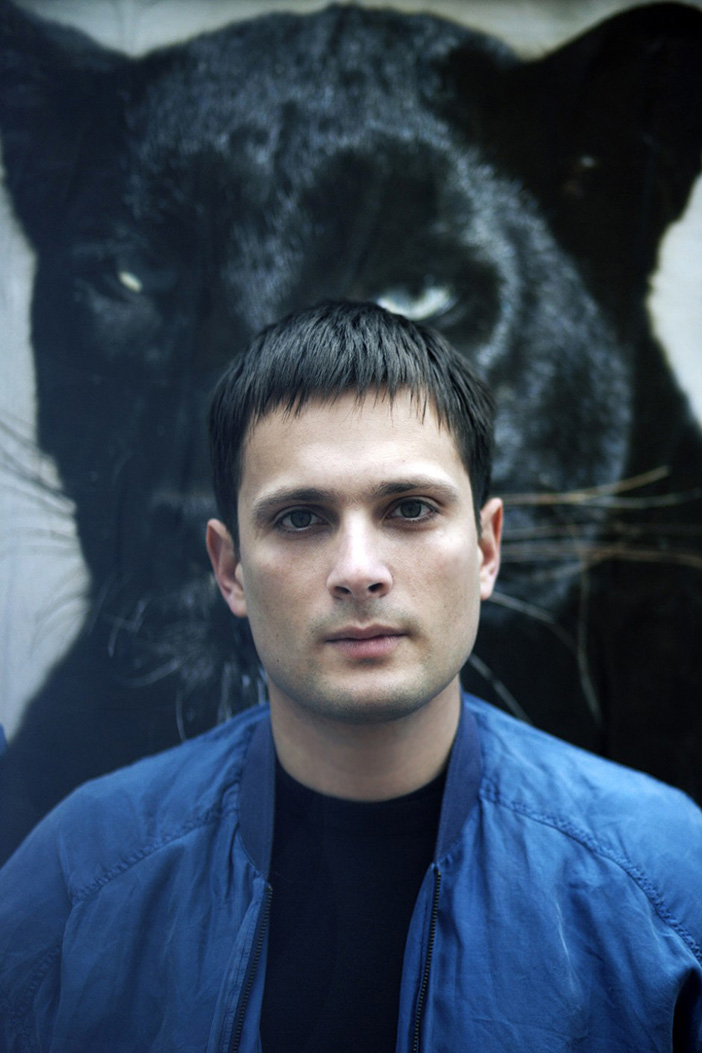 Bill Kouligas has the rare privilege of being able to say he has never put out an uninteresting record. His PAN label has been at the forefront of the musical avant-garde for several years now, and it is showing no signs of slowing down. Kouligas single handedly organized the extremely successful PAN_ACT festival in NYC last summer, presenting a wide range of artists from Terrance Dixon to Catherine Christer Hennix to Rashad Becker. Every piece of music the label releases is greeted with critical acclaim. Kouligas is able to achieve such great curatorial success because he refuses to confine himself to any genre or sector of any kind—rather, PAN adapts with whatever cutting edge that presents itself. Bill gave us at Secret 13 the great pleasure of a candid and in-depth interview, really giving the reader a sense of how he views and navigates the cultural landscape.

Alexander Iadarola: In almost all of the interviews you have done, you have responded to questions about the extremely diversity of PAN’s releases by talking about how the connection between all the different sounds and genres makes sense “in your head.” What exactly does this mean? Is it a more personal conceptual understanding or a kind of intuition?

Bill Kouligas: I think that most music is classified by people a few degrees outside of the culture, attempting to make stylistic connections once records have been released and categorized by journalists and commercial interests. I am someone who has always been deeply involved in music at it’s point of inception, and so I don’t think it is an intuition, more just a vantage point that allows for me to see how these ideas are forming - almost all PAN releases have come as a result of seeing these things take shape, usually in a physical place. If you are involved in music at this level, conceptually and socially, then you will understand that the way PAN has formed is actually quite consistent and logical. I did not start a label to release ‘noise’ or ‘techno’, I started a label to document emergent and important scenes.

A: There seem to be other kinds of multiplicity at work in PAN other than in regard to genre. In your interview with RBMA you said, “Well, I’m interested in different time zones and how the past relates to the present and how we think of that.” Talking with Self-Titled Mag, you said, “The general sound and approach is definitely experimental—although I hate that term—but it’s expanded into many different angles, and will continue to do so. The main interest is how all these unique voices interact with one other, what links what, and what the general language is.” Can you explain your curatorial impulse toward multiplicity or polyphony, or whatever you understand to be behind these statements?

BK: Again I think it refers to the fact that often we are presented with a very false and very seamless narrative of how art and music comes together stylistically and conceptually. If you look beyond that, the way cultures form is actually quite chaotic, with influences and pivotal moments occurring that involve more than one field, or discussion, or inspiration. I will naturally reflect that in my curatorial work, and naturally that will involve presenting people with a multiplicity of contexts and ideas. It is funny to me, as actually this approach seems far more honest and organic than artificially attempting to present seamless “scenes” that only exist once the curator, or journalist, decides to. I do think a lot of this is because many people are looking from the outside, and attempting to superimpose their patterns and biases on what is occurring - this is also very fragile to manipulation and falsehood. This becomes even more of an issue when everyone is collecting and scouring information online - it could be considered a creative pursuit I guess, but in many cases associations are made moreso to benefit the interests of the curator than the actual trajectories and histories of the artists represented.

AI: What do you think it is about this particular cultural moment makes PAN’s significant popularity as such a varying, multiply-oriented label possible?

BK: Of course the other benefit to having access online is that we are very accessible - previously experimental labels would struggle for visibility as they were rarely covered in print publications; the scenes were atomized and it was hard for them even to stay in touch with each other, much less be visible in the world around them. PAN artists are often very bold in presenting their world in various contexts, some more popular than others, and because of this participation and activity many people who are interested in diving a little deeper into music seem to discover us.

AI: How do you situate PAN as a cultural organization in the context of avant-garde art in the last century? What do you see the label doing that is new, and what are some historical precedents that you are influenced by?

BK: There is a great legacy of experimental labels who have covered a lot of ground and been very active, Honestly I did not start PAN as something greatly influenced by anyone else, it just made sense to document the work happening around me and has grown in that spirit since. In that sense, we are no different to a great number of labels and organizations who have followed that compulsion, however the particular intersection of work we have covered I think is quite distinct. What we do is new because what we are interested in is new - we really make an effort to not retread old ground, even retread ground we have made ourselves. Paradoxically the tradition is to ignore tradition and move forward.

AI: Do you see more labels following your lead and adapting a similarly diverse approach? Is PAN an example of what more labels will look like in the future?

BK: I think it would be an important thing if people are inspired by our ethos, and understand that our style will always change and evolve. PAN in 2015 will not resemble PAN in 2014 - and I think that it would be beneficial for everyone if more labels assumed a similar approach.

AI: It seems that the general umbrella of experimental electronics, sound art, and musique concréte is experiencing a rise in popularity, or at least visibility. The New Museum and MoMA (Museum of Modern Art) in New York have both recently had big sound art exhibitions. Do you sense this rise as well? What might explain it, or what is interesting about it to you, if anything?

BK: Perhaps so. I didn’t hear incredible things about the major sound art exhibits at these institutions - often these are exercises in history - which is important to document, but I am more interested in what is emerging. There are certainly a lot of interactions between artists from the traditional gallery world and sound artists, probably just due to ease of access, and that is encouraging, but I can’t help but feel that ‘sound art’ becomes fashionable within the art world every few years, despite not much changing in how those institutions support, fund and facilitate important new sound works. It’s often just more of the same experiments that Lucier, Cage or Acconci covered a long time ago. Often the emerging work is only represented in performances, which is incredibly important and welcome, however I won’t pretend that there have been too many major significant exhibitions of emergent new sound works in recent years.

AI: Where would you like to see yourself in ten years? What are you biggest aspirations for PAN?

BK: I want to grow this community and help grow the careers of all of the artists I respect within it. My biggest aspiration is that in ten years we can still legitimately be considered the vanguard, perhaps being able to provide more support and comfort to vanguard artists than is currently possible.

AI: Borrowing Hans Ulrich Obrist's signature question, what are some dream projects you haven't yet been able to do?

BK: There are too many to list, and many are being worked out. We dream in actions.

Alexander Iadarola is a journalist at Secret Thirteen. He lives and works in Queens, NY.