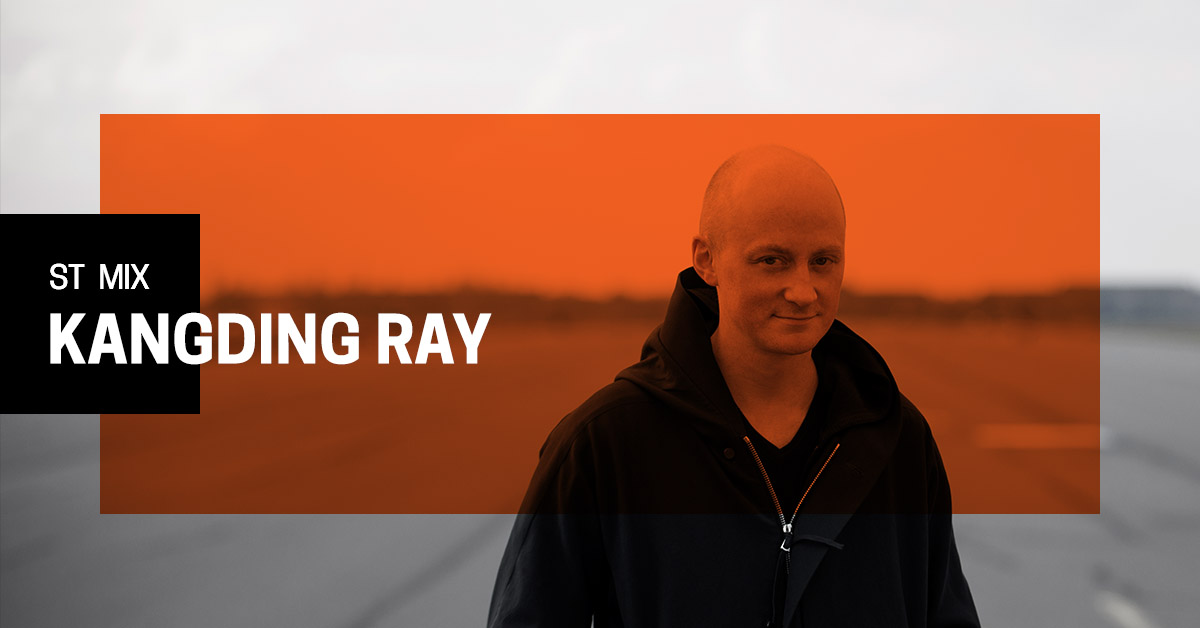 The author of the mix is David Letellier (b. 1978), better known as Kangding Ray, a French electronic music producer and kinetic installation artist based in Berlin, Germany. Before moving into electronic music, Letellier kept on developing as a guitar player and drummer in various projects ranging from rock, pop to jazz. In his contemporary recordings, Kangding Ray investigates the assimilation between architectural beats and extensive, atmospheric soundscapes. He puts together guitar loops, abyssal bass lines, white noise, acoustic instruments and digital production modules to create fully textured works. His music has been released on such authoritative labels as Raster-Noton and Stroboscopic Artefacts. Kangding Ray has also been developing his reputation as an exceptional live performer by constantly touring all over the globe. Visitors of such festivals and venues as Unsound, Labyrinth, Decibel, Berghain, Centre Pompidou and others have had the opportunity to feel and hear the power and magic of his picturesque live performances. The brilliant Hyper Opal Mantis, recently released by Stroboscopic Artefacts, yet again shows his musical sophistication, experience and ideology.

“Secret Thirteen Mix 108” is a dynamic and measured mix - a clear reflection of Kangding Ray’s current musical inclinations and some early influences. In this conceptual selection he explores the delicate connection between techno and popular music. He incorporates a very expansive palette of musical styles, ranging from industrial or glitch to experimental and world music. This makes his compilation richer, more flexible and compelling. The mix consists of 28 diverse records, originally released between 1981 and 2013. Exemplary beatmatching and extracted new formations break the barriers of time that might age some of the records if they were played alone. The entire mix sounds relevant to the contemporary dance music scene, although Kangding Ray says that “the mix is not based on super-relevant stuff these days”. Emptyset, Ø, Rrose, AnD, Front 242, Jon Hassell, Autechre, D.A.F. are only a few names in this eclectic selection, where works were creatively edited, adapted to every different expression and substantially mixed. An accurate, complex, and provocative layering of seemingly conflicting tracks gradually creates a complete, enduring and sometimes slightly confusing wholeness, that is quite similar to Richard Sweeney’s abstract Untitled drawing. The basis of the mix stands on intense, profound and progressively shifting rhythms, consistently developed repetitive digital percussions, immersing sound modulations and minimalistic melodies. Occasionally appearing hip-hop vocals, melancholic and polemic rhymes, sonorous sample cuts, various sound distortions and noises effectively turn this mix into a modern club music masterpiece.